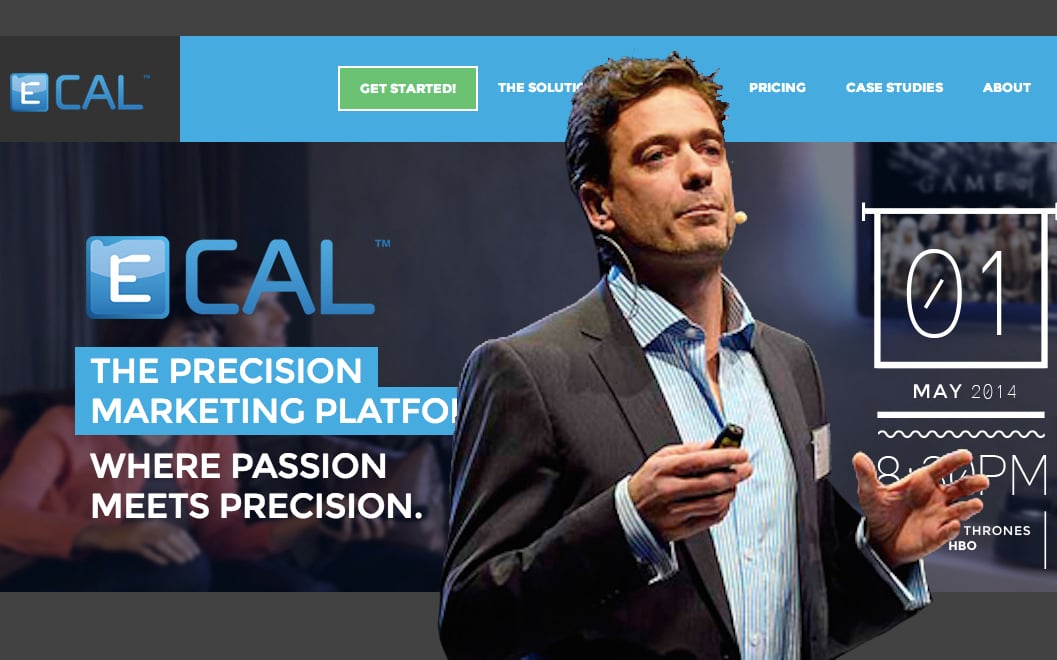 After winning Oxygen Ventures’ inaugural The Big Pitch competition, ECAL, the Melbourne-based ‘precision marketing’ platform for events, has secured $2 million in funding. ECAL tied in with WeTeachMe at the competition which was held on the 17th of June in Melbourne.

Founded in 2012 by Patrick Barrett, ECAL delivers on-time marketing information into a consumer’s calendar, driving increased awareness, engagement and sales. The startup is now said to be serving more than 6 million ‘calendar activities’ each day.

The initial focus of ECAL was major sports; but the latest cash injection will allow the company to drive new product development outside major sports. The funds will also be used to launch the SaaS (Software-as-a-Service) version of the platform and expand the North American sales team.

“This investment will significantly accelerate our growth by enabling ECAL to go the next level.  The capital will enable us to expand our geographic footprint, to service new markets, and to develop our product further.  By having someone with Larry’s experience involved in the next phase of growth, we will be the beneficiary of far more than the $2 million on investment Oxygen brings to the business,” Barrett says in the media release.

Investor and former Dodo Internet founder, Larry Kestelman of Oxygen Ventures, says the VC firm is looking forward to its partnership with ECAL: “ECAL is such a terrific idea, brilliant in its simplicity, and we see great potential for its use beyond sport and entertainment.”

Kestelman will be joining Barrett on the E-DIARY Pty Ltd Board along with former iSelect CEO Matt McCann and Oxygen Investment Director, Ilya Frolov. The company has also recruited US-based Chris Bernard from Microsoft, ex-Yahoo executive David Riemer, and CTO at MYOB, Simon Raik-Allen onto its advisory board.