Will startup StarPower become the socially-conscious Hootsuite for A-list celebrities? 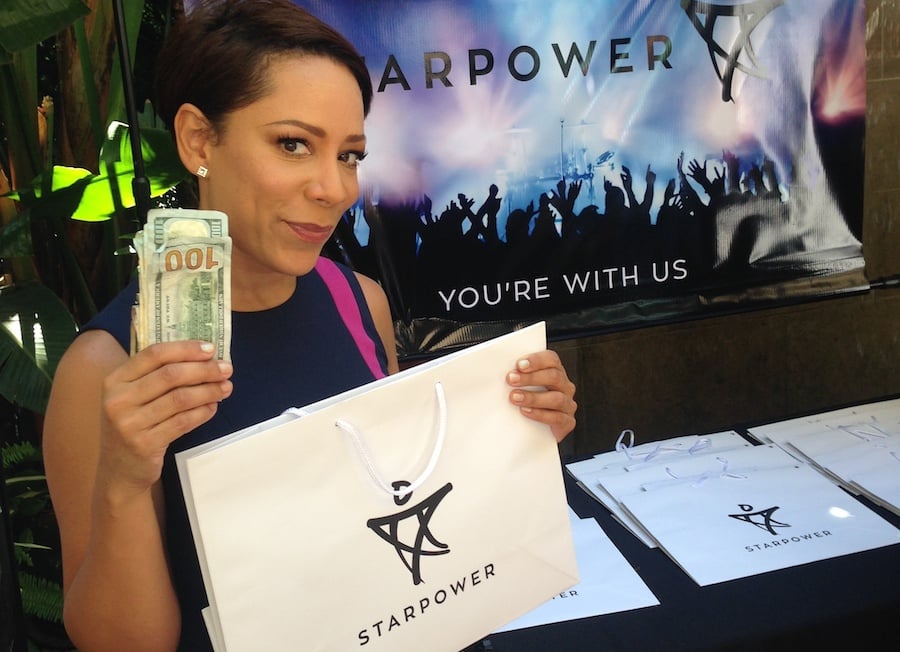 And as technology advances, so too does fan culture. It’s now been over 30 years since fans flocked to the internet to create fan communities. But when these fans began using the internet to share and build their fandoms, celebrities weren’t paying much attention and this made it a unilateral conversation. At the time, online fan activity was seen more as a geeky anomaly than a trend that can be leveraged.

However, fan culture has changed dramatically following the advent of social media channels like Twitter, YouTube and Instagram. Today, it is taken more seriously by music and entertainment professionals who can now engage with their audiences directly, without traditional media intervention.

A BlueChilli startup StarPower – founded by Sydney-based Matt Heisie, Canada-based Terri Hitchcock and Hollywood-based Monica Matulich – decided to take this one step further, creating a social media platform that allows celebs to have meaningful conversations with their fans based on how interactive their fans are. With an interesting monetisation model and social charity engagement, the startup is set out to further disrupt how celebrities communicate with their fan base.

On StarPower, celebrities can offer rewards to their superfans including exclusive giveaways, VIP tickets, in-studio live streaming, one-on-one conversations and private invitations to hang out. By subscribing, fans also help raise funds for charities that their favourite celebs love.

So how does StarPower work exactly? Heisie, Co-Founder and COO of StarPower, told Startup Daily that celebrities and their management teams must first integrate all their existing social media accounts into the StarPower dashboard, which gives them a Hootsuite-esque central command. They then use this dashboard to create new VIP content, available exclusively to their closest fans who are paid subscribers. StarPower will also have an element of gamification, allowing fans to compete to become the star’s ‘biggest fan’ and enjoy more perks.

The service is free for celebrities, but they are expected to donate a significant portion of their subscription revenue to charities. If Starpower succeeds in its mission, then charities will have a consistent revenue stream.

Currently, StarPower is scheduled to launch in November this year. Meanwhile, the startup is very conscious about gaining traction prior to its launch. In fact, Starpower ran a cash booth at the Emmy Awards this week, where celebrities had 30 seconds to grab as much cash as they could to then donate to designated charities. Heisie says most celebrities grabbed between $300 and $600 in cash.

The startup will be attending more star-studded events as well as working on development to ensure its launch partners’ profiles and campaigns are polished prior to its launch. StarPower has already locked down partners across the television, film and music industries, and will be launching with a massive bang with the help of PR and celebrity endorsement.

Given the number of social media platforms crowding the marketplace, it’s easy to wonder ‘why another one?’ Well, the idea for StarPower came from the realisation that celebrities and their fanbases were putting in plenty of time and energy into social media with no tangible rewards.

“They command huge audiences and millions of eyeballs, but weren’t really leveraging that to its full for themselves or the causes they care about,” Heisie says.

For instance, not many people are aware that one of the best actors of our time Leonardo DiCaprio is an animal rights activist who supports a number of charities and non-for-profit organisations that focus on animal welfare. He not only supports the organisations with his wallet, but also actively engages in their mission.

The three co-founders of StarPower are also philanthropic entrepreneurs deeply involved in various non-for-profits. Heisie says he’s familiar with the struggle of unreliable income streams, the stress of fundraising, and the uncertainty around getting support from people who have the power to make things happen. StarPower is essentially result of the co-founders connecting the dots between social media, celebrities, and charities.

“We spent months talking to celebrities, PR firms, investors and charities to refine our feature sets and figure out the exact needs of our customers before bringing our idea to BlueChilli. At BlueChilli, we boiled down the idea to a minimum viable product that is letting us get all our most important features to market in the shortest time possible,” says Heisie.

He admits, however, that celebrity social media is not a new concept. But he firmly believes the strength in Starpower’s offering lies its charitable giving model which aims to motivate celebrities and fans alike.

The platform is being marketed to celebrities as a way to “take a load off their minds from social media, making it easier to manage and have their teams collaborate with, while raising a huge amount of money for the causes they love.”

Heisie adds that advertising to fans is “dead simple”: “the celebrities already have the eyeballs of millions of fans constantly checking what they’re saying on social media already. The stars make it clear what’s available to them as StarPower subscribers, and their closest fans will make the jump.”

Upon closer analysis, it becomes apparent that StarPower has the potential to achieve virality. For instance, when Justin Bieber asks his fans to do something – like download a song, watch a video, or do the ALS ice bucket challenge – they get onto it right away. If StarPower gets celebrities on board, their fanbases will undoubtedly follow. In fact, celebrities have a cult-like following, that is being studied by scholars around the world.

It should be noted that StarPower has a significant advantage. The startup is already connected with leading Hollywood PR firms and event organisers that believe in the mission. Heisie says that they’ve already been invited to events like the Oscar and Golden Globes Awards where the startup will be able to connect directly with the biggest celebrities in the world.

At the Emmy’s this week, StarPower was able to get Corbin Bleu from Highschool Musical fame, four of the stars from Orange is the New Black, RJ Mitte from Breaking Bad, Robert Morse from Mad Men, Joey King from The Conjuring and Fargo, Angela Bassett, Penny Marshall, Kristin Bauer van Straten, Patrick Warburton, Bailey Chase, Heather McComb, and many others inside the money booth.

They made a total of $20,000 in donations on behalf of celebrities, with the largest amount of money being grabbed by Miguel Pinzon from Mystery Girls. Hiesie says he stuffed every piece of clothing he was wearing with a total of $2,000 to support The Trevor Project – a suicide hotline for gay and questioning youth.

According to Heisie, the startup’s biggest success to date has been the trust and support given by investors and charities who were willing to back StarPower before it even had a name. The charities and investors involved, as well as the capital raised will be disclosed at a later date.

Whilst this all sounds very glamorous, Heisie admits that there are significant challenges to overcome. At the moment, the biggest challenge for StarPower is navigating the complex social and legal structures inherent in Hollywood.

“There are the stars, their agents, their managers, their media teams, their studios, and a huge layer of red tape and paperwork at each step. Even with excitement and support from the stars, it’s a time consuming process to get their whole support structure aligned behind them,” says Heisie.

But that’s not stopping the startup from aiming big. In fact, they have a very ambitious goal of sending back $100 million to charities annually by the end of its second year of operation.

“It sounds crazy until you really grasp the size of the reach these celebrities have,” says Heisie.

Previous article The Braintree acquisition by PayPal is now benefiting consumers
Next article Pocketbook hits 100,000 users and prepares to open its $2.5 million Series A round
Via Profiles
Tags canadacharityHollywoodsocial enterprisesocial mediaStarPowerstartupSydney