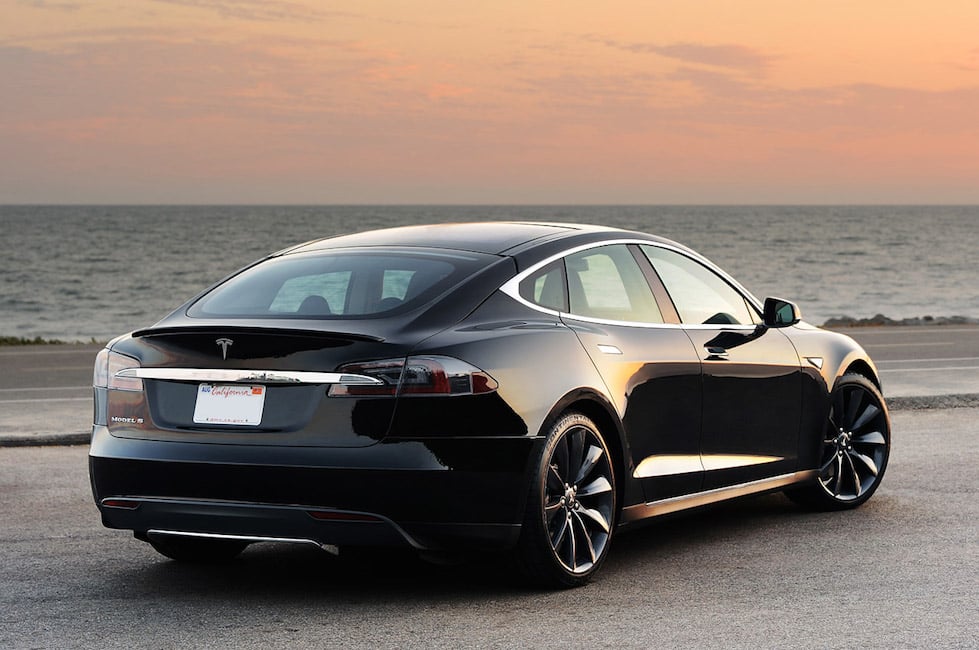 The open source movement was initially born from a booming software industry where programmers publicly released their patents on proprietary technology to help drive development in a particular space.

Today that open source movement can be applied to just about every piece of software and hardware in the world. One of these companies to do so is electric sports car manufacturer Tesla, who in 2014 join the ranks of this quasi-rebellious movement whilst also marking their arrival into the Australian market.

These are exciting times for anyone who has ever driven a car as it not only represents the fast tracking of Electric Vehicle technology in Australia, but also challenges established car makers and backyard inventors to go one better; to build their own mode of sustainable transport using Tesla’s backlog of research and development data.

Why any small car company would jeopardise their own financial advantage in the market like this may be perplexing to some CEOs. Elon Musk of Tesla, PayPal and SpaceX fame, however, is not just any CEO figure.

From his Tesla blog entry in June, the billionaire co-founder made his motives clear to the world:

Tesla Motors was created to accelerate the advent of sustainable transport. If we clear a path to the creation of compelling electric vehicles, but then lay intellectual property landmines behind us to inhibit others, we are acting in a manner contrary to that goal. Tesla will not initiate patent lawsuits against anyone who, in good faith, wants to use our technology.

It is this fact alone that reinforces the need to analyse the potential success and effects this open source movement may have on the transport industry in Australia.

If you’re not yet to be convinced this approach is viable, think again. The current adoption of EV technology in this country is only impeded by the lack of EV infrastructure in place and initial vehicle price. These are two areas that Tesla are aware of and aiming to rapidly address in Australia in the coming years.

Simon Sproule who is Vice President of Communications at Tesla  told Startup Daily that the Palo Alto-based company will deliver the first Model S’ to customers in Australia later this spring.

“The focus between now and then is to ensure we have the service facilities and capabilities ready for our new customers. Alongside that investment goes the network of stores and the network of Superchargers.”

Tesla Superchargers are high-speed charging stations built along well-travelled roads, highways and resting points. It will allow Model S owners to recharge their vehicles for free between cities, no questions asked.

You park, you plugin, take a few selfies and half your car’s power capacity is replenished in 20 minutes. You proceed to drive past all of those poor saps filling up at the pump and extend them a pinky wave.

“We will bring the Supercharger system to Australia in line with all other markets where we sell Model S,” says Sproule.

“At this time, it is premature to discuss the scale and locations but the work to create the network is well underway.”

This is perhaps one of the most significant announcements to date of EV integration in Australia because it has the potential to seriously disrupt the cash flow into major oil companies. And if poking that bear doesn’t get your adrenaline pumping, think about the current Australian government who are relying on increasing the fuel excise tax for our “new roads“.

Has Tesla received any threats from local oil conglomerates or government alike?

“We are not aware of any resistance from any third party that would impede our progress in this area,” says Sproule.

Given that notion, all lights appear green for the onslaught of EV technology in this country. While it is still too soon to gauge the success of Tesla’s open source strategy at such an early stage, the signs for an overhaul of the Australian private transport sector is evident.

Even positive, according to Dr Michelle Zeibots, Transport Planner from the Institute for Sustainable Futures at UTS.

“Whether it’s public transport or private transport, the future is electric.”

“In the long run, electric cars will come to replace the internal combustion engines we’ve all been driving around in. The  non-renewable petroleum sources we’ve relied on for so many decades are exactly that – non-renewable and finite,” she says.

“As they come to their end, we will need to make the transition to new technologies and electric cars like those from Tesla are an inevitable part of the future.”

Dr. Zeibots explains that Australian governments have been slow to move on electric cars in the past and there may be a heftier price to pay if things keep moving at this glacial speed.

“We’re lucky that companies like Tesla, who clearly believe in their product, are wanting to share and promote the technology not just for commercial but altruistic reasons as well,” she says.

This belief in product and ability to share and grow sounds nice in theory, but what factors ultimately determine which countries receive the most infrastructure support from Tesla?

“The main determining factor behind individual country investment levels is the size of the market and our estimates for growth potential,” says Sproule.

Without disclosing the specifics of company’s investments for individual markets, Sproule claims that Australia will be an important market for Tesla.

“Australian car buyers have always been welcoming of new brands as evidenced by the number of manufacturers in the market. As with all markets for electric vehicles, it is a combination of product, cost of ownership and infrastructure.”

“Tesla is bringing both the product and the infrastructure; once Australian consumers see both in place, we are confident that we can be successful in this market.”

It is hard to dispel such ambitious claims to changing the entire landscape of a motoring industry, but if it is going to happen, Tesla is the company that has the right tools, resources and cult following to take on this task.

The thing is though, Tesla doesn’t want to take on this challenge alone. As Elon Musk explains, “It is impossible for Tesla to build electric cars fast enough to address the carbon crisis. By the same token, it means the market is enormous.”

“Our true competition is not the small trickle of non – Tesla electric cars being produced, but rather the enormous flood of gasoline cars pouring out of the world’s factories every day.”

Tesla’s answer to this alongside their open source movement and charging infrastructure plans is an entry model called the ‘Model Three’, which is about three years away and which Sproule calls “a vehicle intended for global markets”.

In the past there was a common saying that said open source is a development methodology whereas free software is a social movement.

In 2014, Tesla appears to have bridged the gap between both sides and the future of transport in Australia can only gain from this. As Musk puts it, open source is nothing to be afraid of in this day and age when it comes to creating a brighter future.

“Technology leadership is not defined by patents, which history has repeatedly shown to be small protection indeed against a determined competitor, but rather by the ability of a company to attract and motivate the world’s most talented engineers.”

“We believe that applying the open source philosophy to our patents will strengthen rather than diminish Tesla’s position in this regard.”