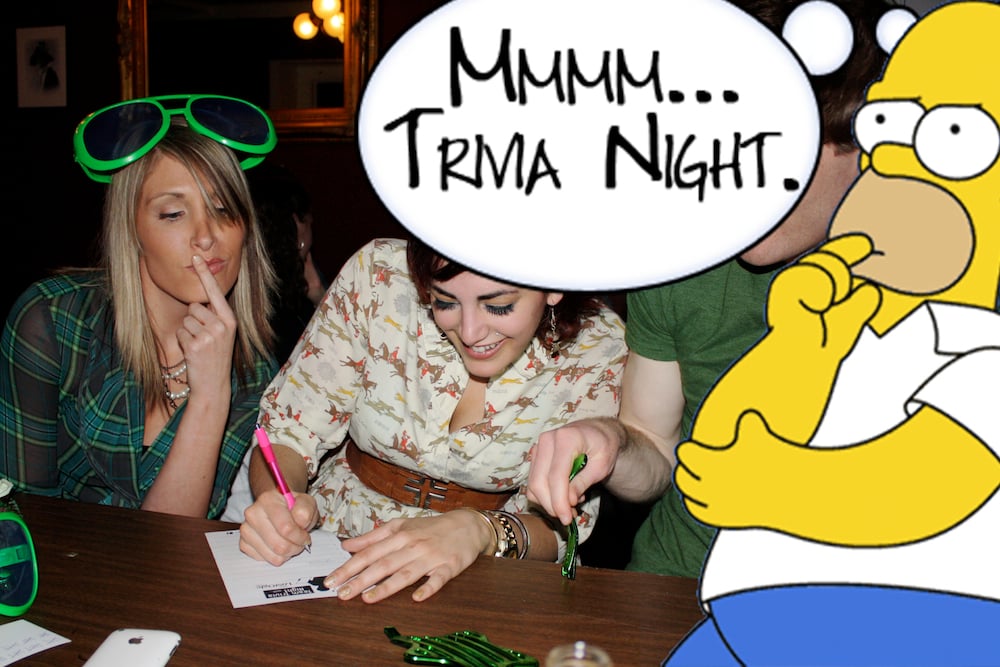 Although we’re diverging rapidly into a digital world, when it comes to trivia nights, pens and paper are still the tools of choice. Melbourne-based app development company, Appytizer, decided it was time to overlay modern technology onto the good ol’ fashioned trivia night. The company’s latest product tapAquiz does exactly that.

Using tapAquiz, hosts can create a trivia event and send out RSVPs. At a venue of their choosing, they simply connect a laptop to a projector and speakers, and present questions to an audience of trivia buffs. The trivia questions are created on tapAquiz’s online dashboard, and delivered straight to mobile handsets in real-time.

Attending teams download the tapAquiz’s free mobile app via iTunes and GooglePlay; and the app turns their mobile device into an answering buzzer, replacing the need for pen and paper scoring.

But the best thing about tapAquiz is that it allows hosts to impose time limits to questions so players won’t have enough time to cheat. In fact, co-founder of Appytizer, Damien Cook says this was one of the reasons why the company decided to create tapAquiz. They were tired of all the Googlers and Shazammers ruining the fun of trivia nights by cheating.

tapAquiz is targeted towards trivia professionals, pubs and clubs, charities, churches, schools, and any organisation that runs fundraising events. The startup has monetised the technology by charging per event. A one-off event costs $39, but tapAquiz also offers package deals starting at $185 for five events.

An appetite for entrepreneurship

Appytizer, co-founded by Cook and Priscilla Xu, has gone the bootstrapped route for all their products – including OZ Garage Sales and TriviCup. Cook admits that working with limited resources is a huge challenge – as with most startups. At this stage, all profits the company makes on their products are reinvested to accelerate its growth. Although they’re open to the prospect of raising funds in the future, it’s not a priority at the moment.

Like many other entrepreneurs, Cook left his cushy IT job to pursue Appytizer. He’s been working out of a local library since launching the company in 2012, even deeming it his “co-working space”.

“It was surprising and encouraging to meet so many other like-minded entrepreneurs and freelancers doing the same thing,” says Cook.

Aside from limited resources, Cook says his biggest personal challenge has been facing judgement from his immediate family and friendship circles, who weren’t too thrilled about him leaving a financially stable career for something that is inherently uncertain.

“I’ve learnt that when you commit to something and strongly believe in it, people will come around. After all – they do have your best interests at heart, they just don’t necessarily see the situation in the same way that you do,” he says.

Nonetheless, Cook and Xu are proud that they have skillsets, passion and drive to their visions and ideas into viable products. Cook admits though that entrepreneurship can be a lonely journey, which is why having a co-founder with complementary skills and knowledge was welcomed. Cook and Xu’s co-founding relationship has worked well because Cook focuses on the development work, while Xu focuses on business operations.

There are more products in the pipeline for Appytizer. Meanwhile, given tapAquiz is still in its very early stages, product refinements will be made over the upcoming months based on customer feedback. Once the perfect product is established, and tapAquiz has replaced all pen-and-paper-based trivia events in Australia, Cook and Xu plan on taking it to overseas markets.

Previous article Weak UX design is kind of like a limp handshake
Next article Bindle enters the highly competitive and volatile realm of travel apps. Will they succeed where others have crashed and burned?
Via Profiles
Tags AppytizerAustraliaeventsMelbournestartuptapAquiztriviatrivia night