Startup Postatic lets you create your own clone of Hacker News 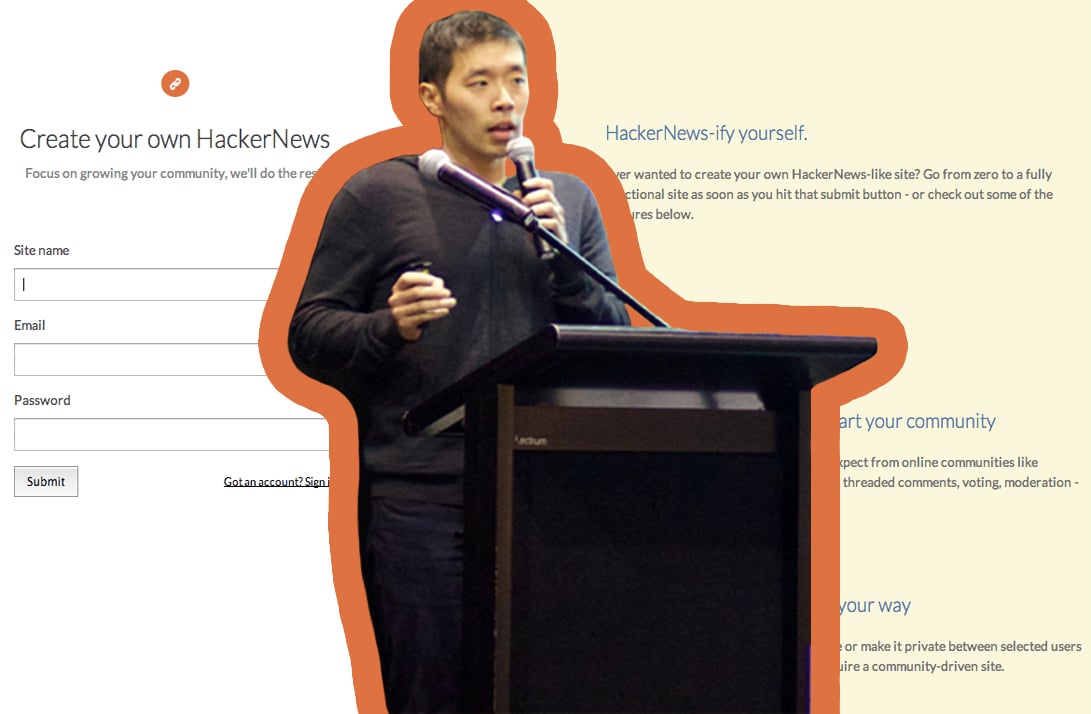 Y-Combinator’s Hacker News is probably the most viral social news websites targeted towards programmers and startup entrepreneurs. As long as you share links or content from multiple sources that sufficiently ‘gratifies one’s intellectual curiosity’ – AND engage in discussions with the community – you’ll probably fit right in. Unfortunately, if you’re simply in it for yourself – that is, to promote your product – you’ll get banned and blacklisted.

Recently, Sydney-based developer and entrepreneur Eric Bae decided everyone deserves to have their own Hacker News-like community, so he created Postatic. Currently in public beta, Postatic.com allows you to create an online community around your business – regardless of what category your business falls in.

Bae explains his inspiration: “Quite often, we saw people creating “HackerNews for ABCD”. So we wanted to make sure that people had an easy and quick way to create their own “HackerNews” clone.”

“Having said that, people view HackerNews not as a website, but as a community. The reason why it’s popular is because of the people who contribute to the site via posts and comments … Postatic lets you easily create an online community.”

He acknowledges, however, that there are other online community tools available in the marketplace, so the concept behind Postatic isn’t all that new. Bae believes, though, that the strength of his offering lies in its simplicity as well as the level of control it provides to community owners.

“With a single click of a button, you have an online site, where you can start creating your community. In any online communities, the real value is in the people who make contributions,” says Bae.

“As a technology platform, we want to be able to eliminate any technical barriers in creating the community, so the community itself can focus on sharing contents and discussing.”

So how exactly do you use Postatic? Firstly, you sign up for an account via www.postatic.com by providing your email, password and the name of the community you want to create. AND that’s about it. As per images below, if you own a website, you can connect it with Postatic. To test the platform, we created startupdaily.postatic.com.

You can also customise your community by changing the design of your Postatic micro site, set it to public or private, create a custom domain name, and manage your groups by giving them specific permissions on what they can do (e.g. vote, comment, etc.)

Because Postatic is currently a minimum viable product (MVP) and still in its testing stage, Bae is continuing to build more control features so that administrators can stay on top of how their communities are managed.

“We had a set target for our MVP and we were able to launch it within three weeks … After that, we’ve just been iterating and improving the product bit by bit based on the user feedback,” says Bae.

“We try to engage with our users as much as can and as early as possible. So we’ve been busy writing emails, responding to them since the beginning, asking them for any feedback. That’s been very helpful.”

When it comes to monetisation, Bae says it’s “relatively straight-forward”. Postatic will operate on a freemium model. Those who only need basic features will be able to use the site for free; and heavy users who require premium features, will be charged a subscription fee that will be determined at a later date.

Postatic’s initial target market is people who want to moderate or manage small to medium communities – for instance, startups and small businesses who simply want an internal communication forum, or special interest groups. The platform will be developed further so that users can handle larger communities.

The startup has received plenty of feedback from users – which is both positive and negative. The problem with that much feedback is that Bae has to whittle down what suggested feature to work on and what to reject.

“Though our users come to Postatic with a common goal (to run their community), they all have slightly different needs and we do not want to clutter up our system to make it confusing for both us and our users,” Bae explains.

“So our core challenge has been really knowing what to build on and how that’s aligned with out product vision, compared to other features that may only distract us.”

What Bae is particularly pleased with is the willingness that users have communicated to pay for the product. .

“We’ve had several users who were willing to put the money down on the first day. We had to reject them because we didn’t have the payment mechanism in place, so we literally had to reject money,” Bae says.

“But that was a good validation on whether Postatic was indeed something that people wanted or not.”

At the moment, Bae is uncertain as to when Postatic will exit its public beta stage and launch officially. He plans to continue refining the product until he is happy with what he has built, and then monetise it so the platform can stay afloat.

“We really hope that Postatic can offer value to our users and also in return, be a viable business for us,” Bae says.