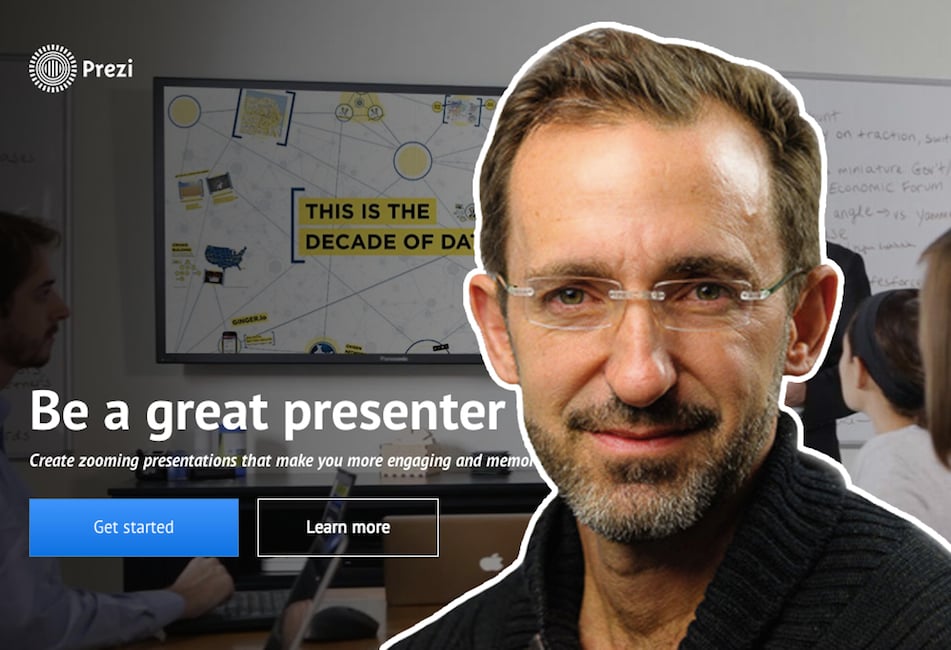 Cloud-based presentation and storytelling software startup, Prezi, has today revealed its growth figures for the Australian and New Zealand markets as well as its plans to focus more on its presence in the region. The company has also appointed two local Prezi experts Kris Flegg and Emma Bannister as ambassadors.

For those who are unfamiliar with Prezi, it’s what many university students use in attempt to get better marks than their fellow Microsoft PowerPoint users. Of course, it’s also popular amongst teachers, entrepreneurs and other groups that are accustomed to delivering presentations.

What differentiates Prezi from other software products in the same realm is that it uses a single canvas instead of multiple slides as you’d see on Microsoft PowerPoint. Whether users are delivering a sales pitch to a high-value client or a TED Talk to a crowd of progressive thinkers, Prezi’s zoom-able canvas allows them to demonstrate relationships between the bigger picture and finer details. This means that ideas are placed within a broader context.

Prezi’s Australian ambassador, Bannister, who is also the founder of design business Presentation Studio, said in a media release, “With Prezi, you can zoom in on details and pull back to reveal the big picture. Not only does this make your message more understandable, but it also makes your overall presentation so much more fun and engaging.

Because Prezi is cloud-based, it also enables users to easily collaborate, edit and share presentations.

The startup was founded in 2009 at the TNW Conference in Amsterdam, Netherlands, by Peter Arvai (CEO), Péter Halácsy (CTO) and Adam Somlai-Fischer (Head of Design). It now has offices in San Francisco and Budapest, and has been adopted in more than 190 countries around the world. Since its inception, Prezi has received USD$14.3 million in investment from Accel Partners, Sunstone Capital and TED.

But what’s more impressive is Prezi’s growth figures, which up until recently, has been kept secret. Prezi’s community of users is now over-45-million-strong. The company is said to gain more than 1 million users everyday; and to date, over 120 million presentations have been created worldwide.

And as it turns out, Australia is one of Prezi’s top 10 markets globally. There are more than 1 million users in Australia and New Zealand, which are said to have been acquired organically via word-of-mouth recommendations. Australian corporate customers currently using Prezi include Telstra, Zurich, MLC, and Rio Tinto among others.

“Classrooms, boardrooms, startups, and conferences right around the country have been undergoing a quiet revolution, with Prezi’s remarkable growth in Australia and New Zealand having, so far, flown under the radar. But now, Prezi is turning its attention to the ANZ region as one of its key growth markets, and we’re keen to accelerate adoption of our popular cloud-based, zoomable presentation platform,” said Drew Banks, Prezi’s Head of International, in a media release.

“We’ve been thrilled by the incredible popularity of Prezi in the region. There’s nearly one million users in Australia alone — all of which have been acquired organically. It’s an impressive figure and provides a strong launching pad as we look to introduce Prezi to even more Aussies and Kiwis in the coming months and years.”

The company has also grown internally, employing over 250 staff members.

Prezi’s newly appointed Australian ambassador, Flegg, who is also the Founder and Director of Prezi Training and Design, said it’s exciting to see Australians taking a new approach to presenting and sharing ideas.

“We’ve all sat through really boring presentations and come away feeling like we’ve wasted our time and gained nothing. But Prezi is helping to change that. It turns the previously mundane into dynamic and memorable presentations. It’s an extremely powerful tool,” said Flegg.

Prezi is based on a subscription model with monthly fees starting from $5. Teachers and students have free access.