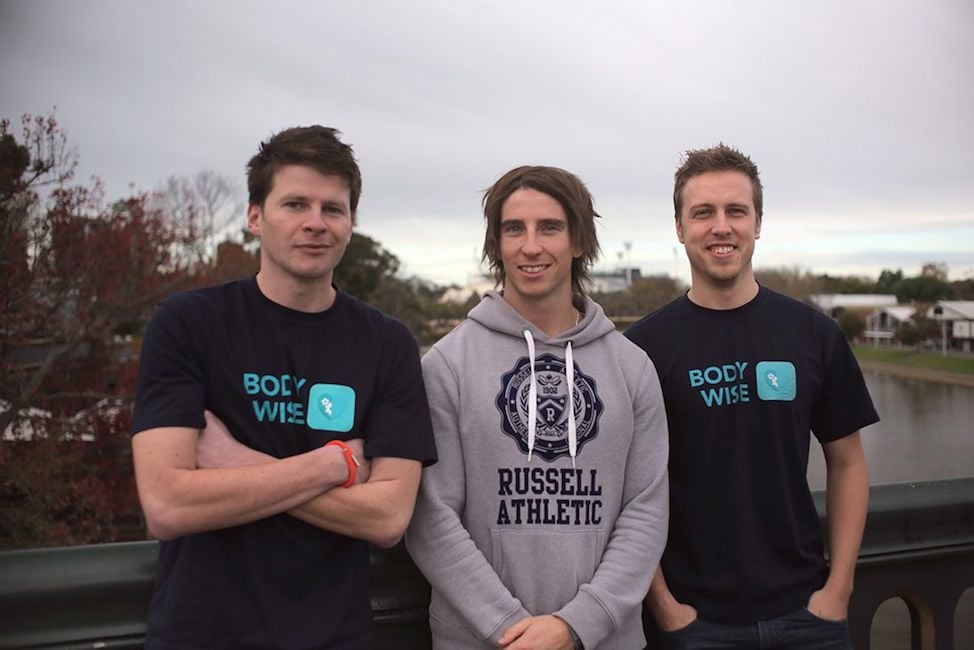 Last night, co-founder of BodyWise Mike Halligan penned a personal blog post on the latest developments around his fitness app.

The company was founded by David Banks, Simon Coulton and former well-known marketer and columnist Mike Halligan, who is also the CEO.

The focus of the company centres around personalised training advice, encouraging users to partner with friends on a health kick and track their progress together.

In the BETA phase or ‘version one’ of the BodyWise app, the trio attracted over 35,000 users. That version was released in September last year, and in June this year Startup Daily wrote that the trio have used the BETA experience to build from the MVP the missing pieces based on observation of the user base and feedback.

As the title of the blog so eloquently says, sometimes “Life gets in the way” of even the best startup ideas. Whilst we see shining examples all the time of perfect co-founders, we shouldn’t kid ourselves because just as many co-founder relationships crumble as those that remain solid and successful. I have experienced the crumble personally, and it’s not nice – it’s gut-wrenching, and to be honest, is not all that different to a breakup from a lover, except money (and sometimes lots of it) is involved.

For BodyWise, this has seen the lead developer drift away from the core team as life circumstances changed, leaving the remaining non-technical co-founders to begin negotiating how they will adjust to this – especially as for the most part, the startup is bootstrapped.

Our developer was on board for a mix of sweet sweet cash and a bit of equity. The equity was more to signify that we welcomed him to our team as one of us and a key cog in building out our vision. With a wife and mortgage, he was always more motivated by the cash than Dave and myself who had the usual bills but no major commitments.

Hindsight is a wonderful thing. Working in a startup is difficult full stop. You have to be a certain type of person to be able to survive it. Then you can break that down even further to ‘funded startup vs bootstrapped startup’ – the latter is only an environment suited to someone who is completely overwhelmed with passion for the venture in the early days. It’s hard to find that kind of person.

It turns out that Halligan had also made some decisions in the beginning that, as a non-tech founder, he didn’t quite grasp around development. This has proven to be a pain in the company’s search for a new one.

In a tech startup, all the best product design and management skills in the world don’t count for shit if you can’t get code written.

We needed a new developer but finding one proved 100x harder than I though it would. Not that I was experienced enough to [realize] it at the time but the decisions that I made earlier in development increased our risk and tied us closer to him. The more [specialized] your technology is, the narrower talent pool you have to pick from.

What didn’t dawn on me that the iOS app & the backend server required separate skill-sets and that finding someone who is a gun at both and can pick up and understand the algorithms that we’ve built (but not yet released) would be incredibly hard without funding in a place like Melbourne. Finding a talented Python developer with top notch Objective-C skills who isn’t snapped up by an agency or software company seemed impossible.

It would be easy enough finding a freelance iOS dev & a freelance Python dev but thats two sets of fees and potentially a dev-ops nightmare without a highly technical person left in the founding team.

What I do like about this hitch in the road is the openness with which Halligan is willing to talk about it. It should be noted as well that there seems to be a lot of empathy on the remaining co-founders for the situation that their tech co-founder found himself in.

You can read the full blog post in its entirety here.