Mastering the Art of Rejection 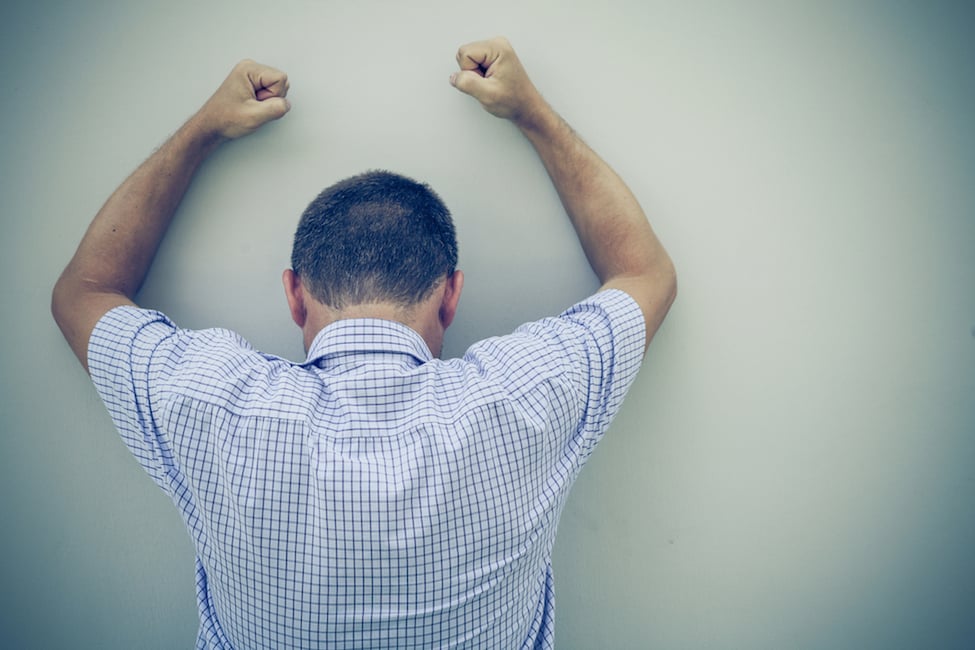 Rejection is a part of life – and sometimes it really, really sucks. But as a startup, learning to master how you take it, and how you let it impact your growth strategy is a skill set, that once unlocked, will open up a world full of opportunity.

Researchers at the University of Michigan Medical School released a paper called Molecular Psychiatry last year; and the team, lead by David T. Hsu, Ph.D., found that during the process of rejection, the human brain responds in the same way it does to experiencing physical pain and releases a natural painkiller (opioid) into your system. An opioid is a psychoactive chemical that resembles morphine or similar opiates.

Whilst this study was primarily based around social rejection, previous studies from Columbia University on the same topic displayed similar results when it came to emotional rejection – the type that sales people and those in business regularly experience. I would argue that all rejection has an emotional element to it in varying degrees.

Rejection handling is a skill set, and it all starts with understanding your own emotions and mentality.

Too Fat to be the Red Power Ranger

Some people grow up experiencing rejection from a very early age. It either makes them or breaks them. Most of us would be familiar with a person that has gone one way or the other in our daily lives.

I was lucky that I had a fantastic, loving support network around me growing up and I was never really bullied or rejected at school. I was more a drifter / loner; and given I naturally enjoy my own company, I never felt that I was segregated socially from my class mates. I was quite happy chilling in the library reading the paper at lunch.

After school, I spent a year studying performing arts and then the next 12 months trying to be an actor. I spent a year getting rejected. Every role. One year.

I still remember the first audition. At the time, I was auditioning for a role with Tokyo Disney. I walked into the room, which was a huge dance studio in Sydney and the people sitting down in front of me seemed so far away. There were 23 of them. The first part of the audition involved me singing. The piece I had prepared was from Snoopy: The Musical called “Where Did That Little Dog Go?”

The piano started playing, and I began to sing.

Suddenly the man in the centre of the long table yelled out interrupting me.

Hello World. I shuffled awkwardly over to the piano and took my sheet music back and let out a choked up mousey ‘Thank you all so much for your time today’, and left the building.

I spent the next year auditioning for various roles in movies and television. Occasionally I would get a bit of a ‘featured extra’ or ‘fifty-worder’ spot and I would get my mug on the telly. At least that gave my parents some reprieve that all the money they spent supporting me through that year of performing arts college wasn’t a total waste.

One of the last auditions I ever did was for the part of the Red Power Ranger. The feedback was that there would be no way I could pull off that Lycra suit. Show business and the rejection that comes with it is often the best sales training ground for future sales people. The rejection is personal and irreverent.

I have spent most of the last nine years building and managing sales teams; and in that time, I have found out what the biggest challenge of being a leader is – coaching salespeople to a point where they can mentally handle the rejection factor.

Creatives make great sales people, because the arts is an industry rife with rejection.

Every time someone says ‘No’ to what you are selling, it hurts. The trick to understanding the rejection process better is a little sales skill called listening.

Humans are never taught to listen; we just take it for granted that most of us can. A combination of studying counselling at university for a short time, and being trained through employers by some of the best salespeople in the world drummed this skill into me. Listening to the subtext of a rejection means being able to let it go a lot easier.

As startups, rejection is a given. On a daily basis we are likely to be:

I’m sure you could keep adding to this list, but you get the drift.

The reason people reject others usually comes down to four core reasons:

You will be able to discover which of the four you are interacting with pretty quickly if you listen carefully. Also, it should be noted that although most startups operate within an online environment, listening is still possible. In fact, I would argue that it’s actually easier listening to a customer online than it is in person, you just need to look at the keywords they are using.

Rejected because you need to fix something.

When you listen to these people you will usually hear trigger words in their language that sound like “Have you ever thought of adding X” or “What is the problem you are trying to solve?” The latter is something I hear come out of investors’ mouths all the time. They find the space the startup is in interesting, but a lot of founders are unable to answer that question. The rejection simply means they are not investor-ready, not that their idea sucks.

You are holding a mirror up to someone’s fears.

When you are doing something a little outside the box or ruffling some feathers, it is always going to cause a reaction from those that live in the status quo. When you listen to these people you will often hear phrases like – “That’s not how things are done in X industry” or “That will never work because XYZ” As entrepreneurs, after we finish feeling deflated, the opportunity to ‘convince’ these people to come around to our way of thinking kicks in, but in nearly all cases it will fall on deaf ears. Don’t waste your time with these people, they are not customers right now and need to sort their own ‘stuff’ out before they can begin to appreciate yours.

If you encounter rejection in this situation you might hear the person say something like – “This is too complicated, I’ll just keep on using X” or “We are happy using what we are using right now” I have been a perfect example of this kind of ‘rejector’ in the past when it came to accounting software Xero. I didn’t quite grasp the navigation, and rather than ask for some help or read the instructions I shut the account down and was all like “It’s just complicated, it takes so much time and adds no benefit to my business”. That was until my accountant sat me down and forced me to learn it – and now I realise how much time and effort it saves me each month.

They are just Haters.

You will know them when you see them, they just cut you and your ideas down at every opportunity. In a lot of cases, you are holding up a mirror to their own fears, but these people react with nasty streak as opposed to a pessimistic one. Unfortunately given the way the human brain works, they can also be the hardest to ignore, and this type of rejection will affect you the most. Strong self-talk and reflecting on all the customers you do have and why those people are your customers in the first place is the best way to master these emotions.

Rejection is part of running any fast-growth business, but once you master the “why” around each rejection and systemise the way you deal with them, it makes it a hell of a lot easier to focus on your own end game.