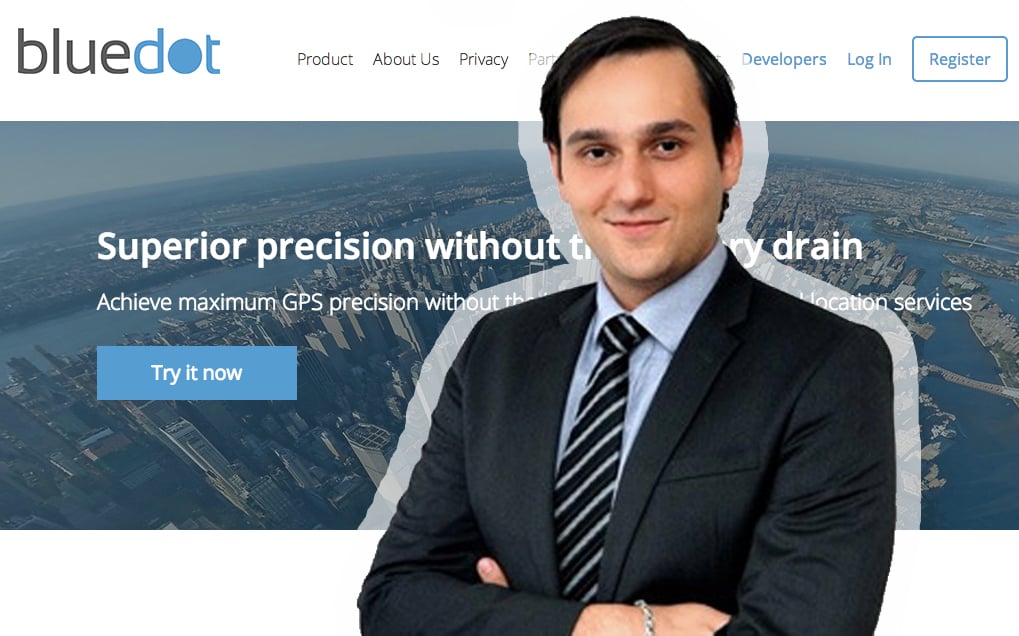 Bluedot Innovation, an Australian technology company that specialises in advanced location services for smartphone applications, is making the Bluedot Point SDK available globally to inspire the next generation of location-based commerce and social innovation.

The company’s intellectual property overcomes some of the biggest obstacles that inhibit location-based services and payments, enabling businesses to build advanced location-aware applications while causing little or no battery drain on their customers’ smartphone.

Following its global launch, the company is expanding its presence in the US, with co-founders Filip Eldic and Emil Davityan holding a series of sales and capital raising meetings in San Francisco and other key cities. The co-founders have also been invited to present at Silicon Dragon Ventures in Sydney ahead of their trip to the US.

Eldic and Davityan are currently in the process of raising more than $1.5 million to accelerate its international growth. The funds will be used to acquire clients, tap into international markets, and expand its IP portfolio. This builds on the $1 million in total funding raised to date, including $630,000 in investment, with the last round valuing the company at $7.45 million.

In November last year, Bluedot Innovation announced the recruitment of PayPal’s Founding CFO, David Jaques, as a director. The company has also partnered with Braintree Payments Inc., which was acquired by PayPal last year.

The release of the Bluedot Point SDK means that apps can integrate Bluedot’s technology in order to interact with end-users when, where and how they want. The Point SDK allows smartphones and tablets to respond when they pass through pre-defined precise locations (up to five metres) by triggering a range of pre-built actions, including opening websites, sending messages and playing tones.

Given no hardware or infrastructure is needed, the Point SDK can be rolled out across an entire business or to millions of customers.

Bluedot Innovation is also cautious about the privacy of end-users. Its technology doesn’t track or collect any personal information, and the company states that this is one of its unique points-of-differentiation.

While it’s designed for scale, Bluedot Innovation also wants to ensure that disruptive new apps, regardless of size, can be built using the Point SDK.