FinTech: The personal budgeting vertical and ‘apps that can even be mastered by a housewife’ 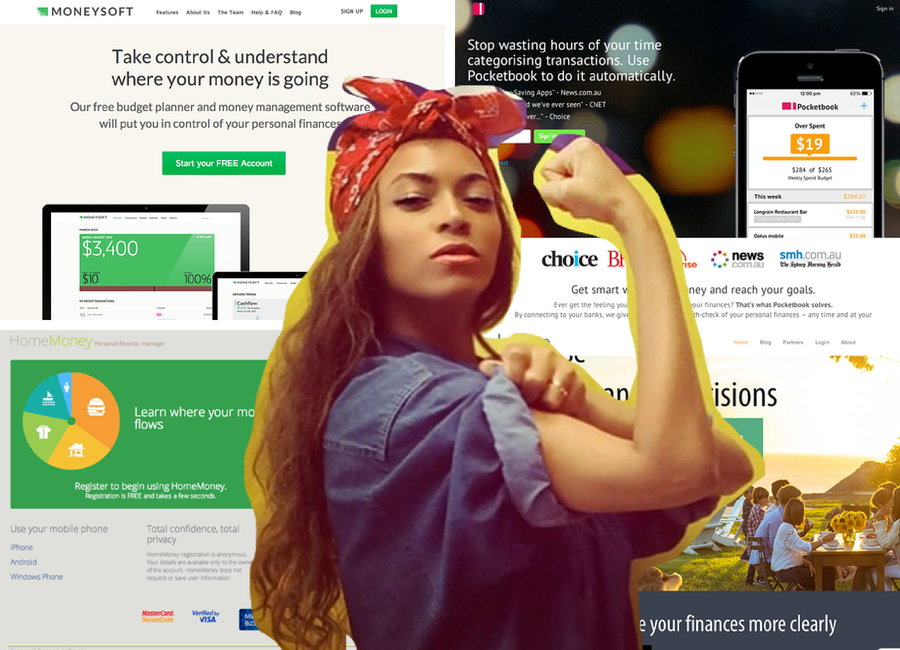 There is so much happening in the FinTech space at the moment. Many startups operating in this sector are raising large amounts of money, gaining considerable traction, and of course, being acquired – like Simple, which was founded by Australian Josh Reich, and purchased by BBVA earlier this year.

At the moment, the vertical within FinTech that has investors reaching for their wallets is personal finance and budgeting. In Australia, there are two main tech startups emerging as front runners in this vertical – Pocketbook and MoneySoft. While they both target personal budgeting, they do so in very different ways.

Before we look further into how they approach the market, let’s take a look at their competitors. Interestingly, most of the personal budgeting applications experiencing traction come from obscure countries – except for Mint.com and Planwise which were founded in Silicon Valley.

Other applications such as Spendee and sMoneyBox (Czech) Toshl (Slovenia) and Wallet (Prague) have experienced significant traction particularly in Europe. And Asia has players like Zaim (Japan) and Saved (Malaysia) that are scaling well – particularly Saved, which has created multiple iterations in different languages and currencies including European languages.

Oh, and one for all the feminists out there, I am sure you will love checking out the Ukrainian version of Pocketbook called iHomeMoney which “is easy to use and can be mastered even by a housewife”.

Obviously, women in Ukraine aren’t the target market for this application. I am, however, a little surprised that the team that runs the Microsoft Bizspark program has not confronted them about this – assuming that, based on the big stamp on the homepage, this startup must be part of the program. As a company, Microsoft most certainly would not support a statement that is sexist. And here I thought Australia was still behind the times on the equality front – yikes!

But back to budgeting technology. Locally, Pocketbook and Moneysoft are cornering two very distinct subsections of the marketplace. Moneysoft is scaling by leveraging off financial planners; and Pocketbook has a big foothold on the community that self-manages its budget and savings. It could be assumed that this market is yet to engage the services of a financial planner.

The strategy that Moneysoft has employed makes perfect sense. Founder Peter Malekas has a strong background in financial planning, having co-founded Taurean Group with Andrew Mathews, who is also the founder of another FinTech venture Clutterfi. Both Moneysoft and Clutterfi partnered with Bluechilli Group on the technology aspect of their business.

The latest $500,000 funding round for MoneySoft further supports previous statements I have made over the last couple of months about FinTech being attractive to investors. The fact that both Moneysoft and Pocketbook have been able to attract such high profile local investors and board members also shows that we are just starting to scratch the surface on where the FinTech scene is heading.

The more I dig into what these people are working on, the more I see potential IPOs rather than acquisitions – although I am sure there will be some offers once they both push past 100,000 users. They will most likely hit this number around the same time – January 2016 – given the projections both companies have spoken about publicly in the last couple of months.

Could these guys do for personal finance and budgeting what Xero did in the accounting space? The answer looks like ‘yes’ more and more everyday.

But in order to scale to the next level, it is apparent that Pocketbook who has thus far raised $500,000 in seed capital – as opposed to Moneysoft, which has raised a total of $1.5 million – will need to do undergo Series A investment round. This is something we should probably expect to see happen before the end of this year.

Disclosure: Pocketbook and Shoe String Media have a mutual shareholder in both companies.

Previous article Tips for startups in accessing their R&D Tax Incentive refunds
Next article Brisbane startup The Van That Can celebrates growth; over 10,000 deliveries and counting
Via News & Analysis
Tags AustraliabluechilliBudgetingfinancefintechMoneysoftpocketbookstartupstech