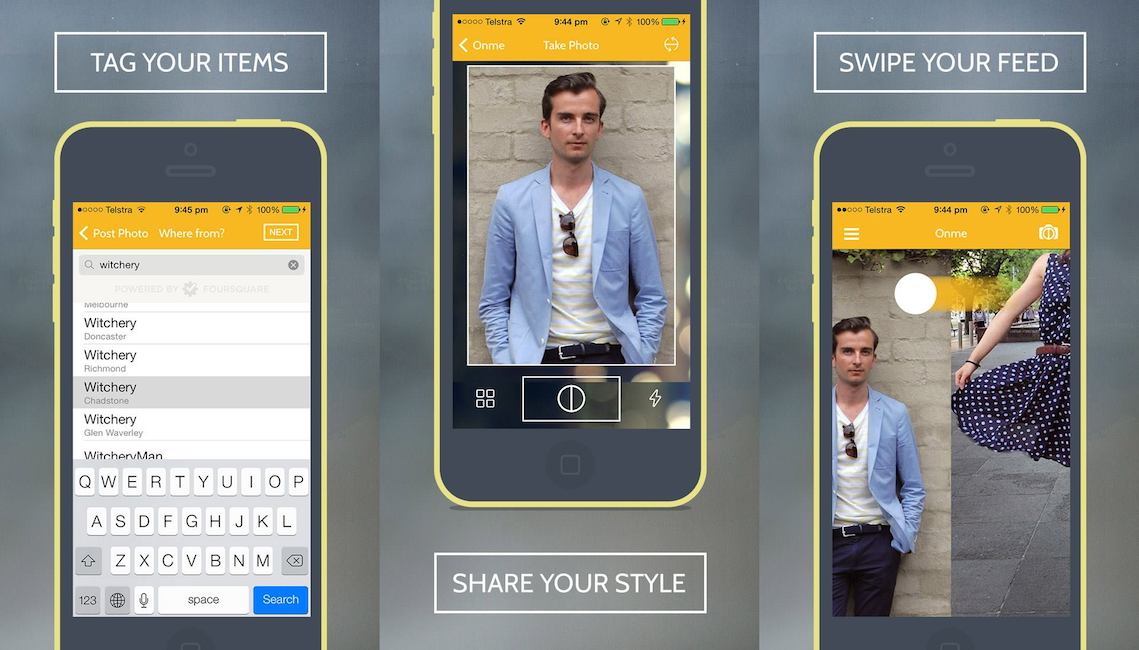 The startup culture is not unfamiliar with the notion of failure, but when the flaky concept of fashion is thrown in for good measure you can bet that those chances of failure will increase by five-fold long before any of the hard work of an entrepreneur actually begins.

Fashion is an enigmatic space, riddled with do’s, don’t’s and WTFs from some of the most influential and critical characters in the field. It is this reason that fashion startups must constantly bring to the table an ample degree of originality, quality and slick marketing to their ideas in order to avoid the years of despair in a market that isn’t afraid to kick you in the face with a six-inch stiletto.

Many fashion startups have learnt this the hard way even with today’s e-commerce platforms, technology and social media avenues at their disposal. The understanding that technology simply changes the method of product delivery but doesn’t change much in the way of the market behaviour in fashion is paramount.

Those looking to enter the market should still realise that the industry is just as hard to crack as before. Regardless, if there’s anything to take out of a fashion startup failure, it’s the lessons for the next generation of hopefuls who do think they have what it takes.

So why do fashion startups fail?

Michael Bates and Blake Seufert were the founders of ONME, a fashion app that ambitiously aimed to merge social networking with fashion in an app. They also wanted to build this app in a time frame of five days and in their blog, they explained that their motives came from an interest in fashion but more so from the belief in the potential for the app to succeed.

“Fashion is a huge industry but surprisingly there was no successful social network created around fashion. We also believe that more and more smaller, targeted social networks will emerge over the coming years, targeting specific interest groups,” said the co-founder Michael Bates.

In the 5 days we really managed our time well – we were mindful of getting stuck or spending too much time on one task. We knew pulling late nights to stick to the plan was imperative. We should have been more realistic about the time it was going to take to build all the mechanics of a social network (following, friending, commenting). This stuff took up so much time and didn’t really add “value”, just feature parity to other products. We should have backed ourselves to follow another idea path and not play it so safe.

We both knew when to throw each other work and we kept on the same page about the most difficult problems. Without our cool heads and constant feedback we wouldn’t have made it through.

Whilst we were confident we could get it done, we should have had the confidence to rescope our idea, or picked a totally different idea that doesn’t have all the nuances of a social network. We wanted to build a whole lot more features, like photo filters and fix some of the bigger bugs (like picking existing photos without them being “squashed”). The photo taking and storing side of things really took a lot more time than we anticipated. Cost was another factor – running this project with its web service costs money and we decided early on we wanted the app to be free. It was unclear how much the hosting would set us back, but as it’s turned out, it’s too much.

We came up with a rather fresh take on a “feed” view where you swipe fullscreen left to right to view your feed. You can tap to see the overlay of information: it works well, feels natural and overall we’re quite proud of it. But looking back, we feel we should have introduced something more fresh and radical to really separate us.

We were thinking too big – writing an entire social network in just 5 days is insane. Where we went wrong was trying to do too much. We have to start smaller, much much smaller.

Where to from here?

Building something like this in 5 days is exhilarating, stressful but ultimately a lot of fun. We loved the challenge, but we have to be realistic. Because it was created so quickly, the app had bugs and fixing them doesn’t really seem like ‘#Appin5days’ anymore. It seemed like we were building a business around a social network. The problem being, neither Michael nor myself have the understanding of how to market and launch a social network. We’re not from the fashion industry or have any contacts to leverage in any way. It doesn’t make business sense to continue and we have to focus on the projects where we impact the world in the biggest way possible.

Seufert and Blake’s lessons are more reflective of the issues faced at the early stages of a fashion startup, but it’s crucial to realise that even after a fashion startup is long established, it can still crash and burn if it loses momentum. This was the exact case for 99 Dresses founder Nikki Durkin who called it quits on her startup after four years of tireless work and dedication.

What did Durkin cite as the main issues for her startup’s failure?

Co-founders are still human and sometimes come with their own agenda. In Nikki Durkin’s case, this came in the form of: “I had to fly back to Australia to get a working visa as soon as the funding paperwork was signed, and the next day my two “co-founders” decided to tell me they were leaving the company without even a hint of warning.”

Investment is the bread and butter of any startup and when there are internal issues to deal with, those signs can spook any VC or potential investor. This was the case with Durkin and investors who pulled funding on 99 Dresses multiple times.

Technology is not your friend

Many fashion startups credit their success to technology and the internet, but it’s important to realise that technology can easily be your startup’s demise if bugs are not ironed out immediately. In Durkin’s case, selling clothes was here main source of revenue and when her site couldn’t process sales on demand, customers were lost.

Relocating your business to another country

Working in a foreign target market can prove to be a nightmare if your VISA isn’t sorted. It may seem insignificant this was Durkin’s case and it led to the massive delay of her app launch in the U.S, her absence amongst her U.S based team and missing key deadlines that were crucial to the relaunch of 99 Dresses.

Lack of traction and product-market fit

Even when you’ve relaunched and the signs look positive, growth can dwindle if the market changes. Durkin explains that “the average value of items listed steadily declined and our fees were based on this value, so although we were growing transaction volume, our revenue wasn’t budging. We started to see some holes in the business model. Whilst our retention was great, we worried about our activation rate.”

Kath Purkis is a fashion entrepreneur who currently runs two successful fashion startups. Her subscription service Her Fashion Box and Le Black Book, an e-tailer for high-end designer wear have both seen steady and resilient success in the fashion market.

What is Purkis’ advice on surviving the market?

“There are so many Aussie designers who never make it due to lack of funding or knowledge on how to scale a business. All my e-tail competitors from my first business died post GFC as they didn’t pivot and adapt to the changing consumer climate.”

“Sometimes it’s better just doing what you do best and focus less on the competition but more on what you are great at. I’ve always had this philosophy with business and it keeps your eyes on the data, customer behaviour and able to react quickly to pivot if necessary.”