Bindle enters the highly competitive and volatile realm of travel apps. Will they succeed where others have crashed and burned? 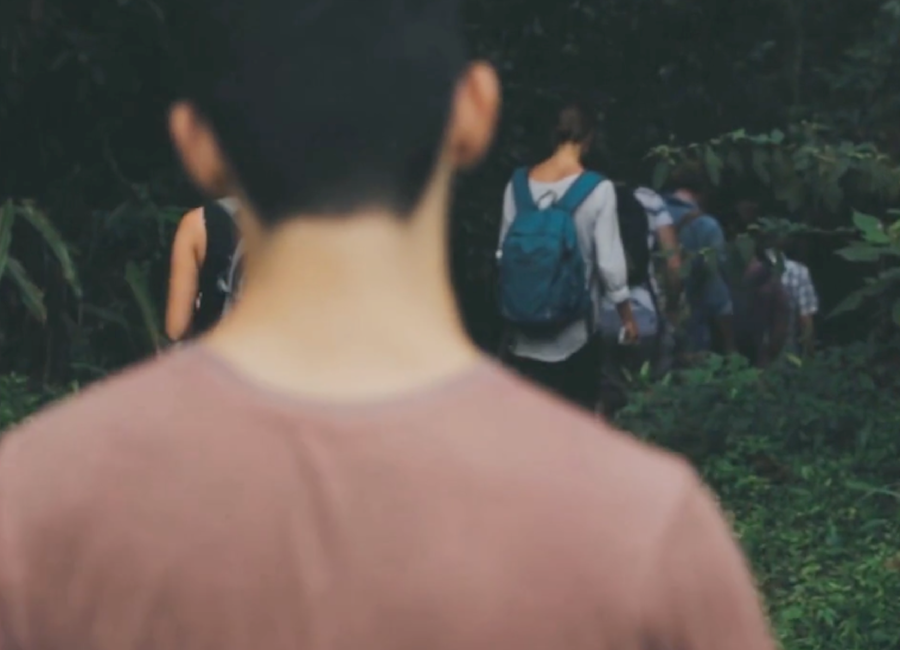 Bindle allows users to find and connect with other travellers nearby and share their experiences using a first-of-its-kind user generated and rated travel guide. This way, every traveller has a wealth of friends and activities to choose from when searching for their next adventure. The Kickstarter campaign will be used to raise the AUD$12,500 needed to complete the programming of the application.

The name Bindle comes from the novel Huckleberry Finn whose character carries a ‘bindle’ on the end of his stick throughout the novel. Essentially it’s a sack used by the American sub-culture of hobos.

Bindle’s co-founders met whilst studying at ANU in Canberra. It was through their shared passion for traveling the world and exploring new places, that the idea for Bindle came about.

“Lets face it – travelling is one of the best things you can do for yourself. It’s one of our biggest passions and the four of us have been lucky enough to travel to numerous amazing destinations,” said co-founder Afnan Hannan.

Whilst speaking to co-founders Marko Siljanovski and Rizvi Mridha over the weekend, it became obvious that the team love travel, and are particularly excited about the Generation Y and below backpacking market.

Their product is also very well designed; the messaging is on point and it is clear to me that the team has all the bases covered from a technical and business standpoint with all having various degrees that give them clearly defined strengths that work to their advantage when building a company.

But these guys have chosen a tough industry to crack. In fact, previously we have written about similar apps trying to do either exactly the same thing or a slight iteration thereof.

Buuna was actually one of the first ever articles I wrote about when starting this publication, it was started by Paul Lin in 2011. It was a travel application that was aiming to connect travellers so they could share experiences as well. Now Buuna is an app development agency in Sydney.

TimeBlend and Backpackr are other travel applications that Tasnuva Bindi has written about this year. They also aim to be a social network that connects people, places and plans whilst users are travelling. Although they are still very much live, the traction has slowed down.

Fotopedia was raved about by all the tech publications when it first launched. Although it’s more about connecting through photos first, the underlying premise is still the same. They had some pretty good traction and even struck a major strategic partnership with Expedia. They raised USD$12 million in funding and over 3 billion images were viewed during the time it was alive. However, they closed their doors about eight days ago.

The other major competitor in this space was Trippy. The startup was launched by J.R.Johnson, an entrepreneur who had actually experienced a win in this space selling previous venture VirtualTourist to TripAdvisor in 2008. In May of this year, they temporarily shut down their website so that they could undergo “evolutionary changes”.  These changes turned out to be that Trippy is now a Question and Answer style website for travellers – basically a niche version of Australia’s Spring.me.

However, sometimes it’s the most simple tweak of differentiation that can change the game. With Bindle, the possibilities of that come from two key phrases that they mentioned in our conversation – ‘Data Analysis’ and ‘Sponsored Events’.

Most readers would know that I believe data is key – and if Bindle scales to the numbers that the founding team want it to, they will have access to a lot of it. The breakdown and analysis of this data can be used to attract very high level partnerships. In fact, in the same way that SurveyMonkey uses Audience to tap into their users for clients, the same strategy could be implemented within Bindle. Everyone from alcohol, accommodation to condom companies and beyond would pay to reach out to a hyper targeted audience and get feedback on their products.

This then leads to Sponsored Events. Other apps like gay “dating” play Grindr and Scruff have also implemented ‘sponsored events’ very successfully as a financial stream within their companies. Apps that connect are all about “community” and the one thing more attractive to a company than eyeballs is a room full of engaged people. If done right Bindle could turn this into a real point of difference in the space. The beauty is, with the right partner companies, they can hold events anywhere in the world.

Social Travel is by far one of the toughest nuts to crack in the startup space. I don’t envy the tough road ahead the Bindle team has around making the app sticky. Whether they think they are or not, in addition to other travel startups, they are also competing against Facebook, Twitter and Instagram – ‘sticky’ apps people use everyday no matter where they are or what they’re doing.