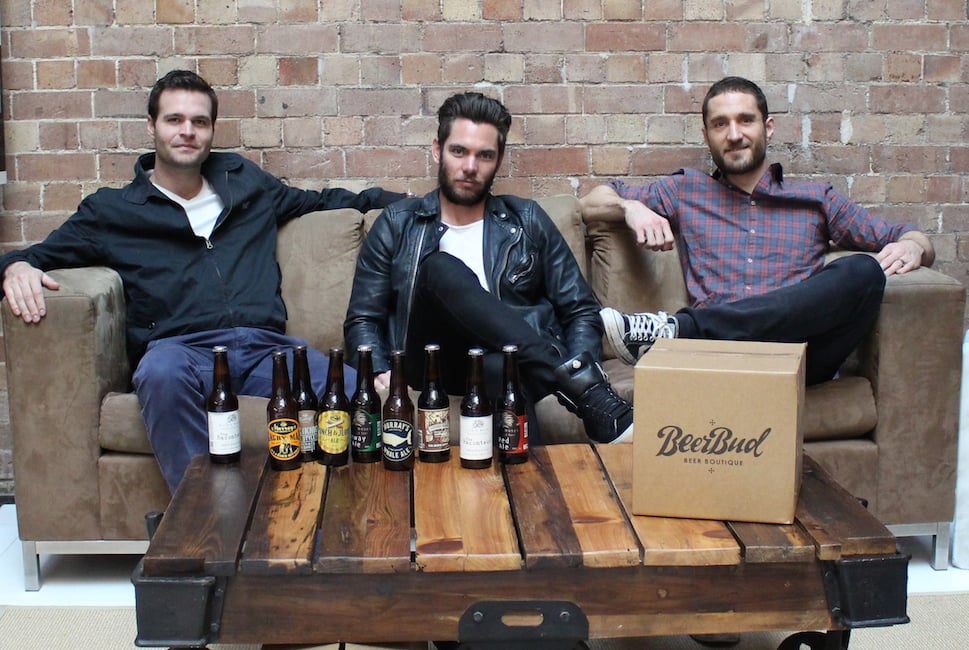 An alcoholic retail war is brewing between some of Australia’s best online beer and wine stores. This comes as no suprise with Sydney’s strict lockout laws for bars alongside reduced bottle shop trading hours subsequently pushing thirsty customers towards throwing their own warehouse parties with unlimited BYO.

BeerBud Beer Boutique is one of the latest online services to seize this opportunity, pitching themselves against established competition such as VinoMofo to providing the best alcoholic beverages at the most competitive prices.

The founders explain that BeerBud was created out of frustration from not being able to procure decent quality craft beer at a reasonable price at the local bottle shop for their after work drinks. With that problem in hand, the boys went about quitting their day jobs to try and find a solution.

“We are on a mission to help Australians drink better beer,” said Andy Willaimson.

“The traditional mainstream brewers are the first to admit that they’ve purposely designed their beers to be bland and flavourless in order to ensure their mass appeal.”

“Fortunately there are now hundreds of Australian craft breweries creating a diverse range of styles and flavours like you’ve come to expect from wine or coffee.”

The result of their efforts?

BeerBud now offers over 100 different craft beers, mixed cases and exclusive limited edition releases from over 30 of the country’s best craft breweries with more on the way. The site also provides a special service curated by their beer “experts” who package monthly and quarterly subscriptions of a range of hand selected beer from the brewery of the month.

Integrating the subscription service is a rather strategic move as it has already been tried by online wine retailer VinoMofo to great success (Club Mofo) and proven its worth in the fashion business with lust have it!, Svbscription and Her Fashion Box using this platform to distribute goods. What this service does is not only promote niche brands to a wider market, but also helps build a robust community between the brewer, retailer and ever discerning customer.

Exclusivity is the buzzword here and there’s spades of it to go around in the form of massive discounts, free shipping, limited release brews, special member dinners, tasting sessions, brewery tours and other events that these retailers are spruiking.

With the craft beer market increasing in Australia to the tune of 180 breweries in the past decade, BeerBud is on track to catering to this flourishing market. The team has already signed up hundreds of customers in the two months since soft launching including Saatchi & Saatchi, Starcom, NTT, Standard & Poors and Bankwest.

They also recently curated an event for Sydney’s Vivid Festival at the Museum of Contemporary Art and together with Pop-up Yoga Sydney, introduced a new past-time called “Beer & Broga” – a yoga class for men followed by a craft beer tasting session.

“We have seen Aztec data covering Woolworths, Coles and ALM which shows craft beer sales grew by 48% between 2011 and 2013,” says Williamson.

“We now have beers like Burleigh Brewing’s FIGJAM and My Wife’s Bitter to Feral’s Hopfen Fahrt and Barrique O’Karma.”

This explosion in the number of different beers produced by Australian breweries has been driven by a thirst to push the boundaries of traditional beer production and it is paying dividends for the people at BeerBud and VinoMofo.