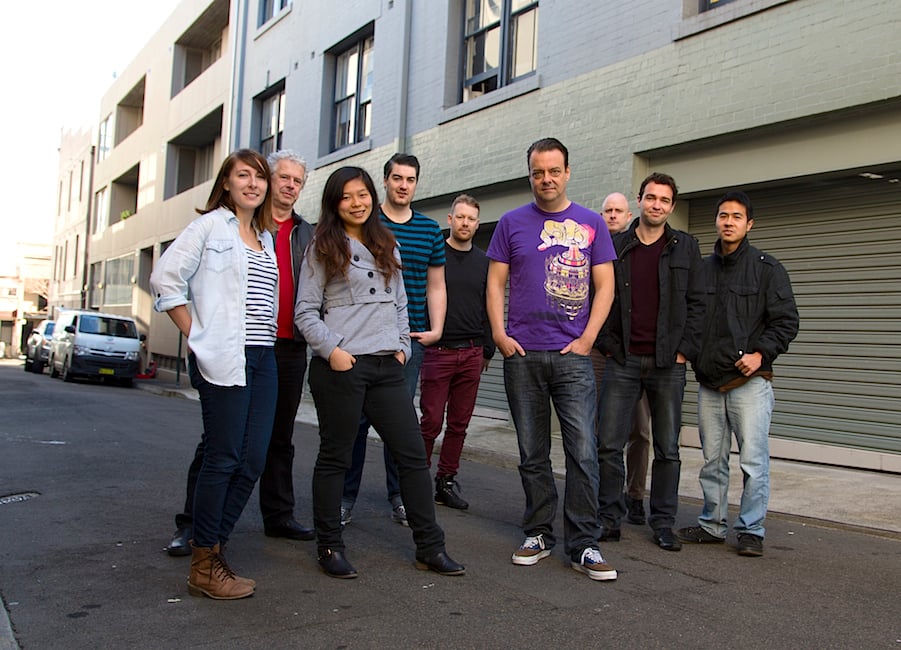 One of the many things China is known for is its stressful and often stale learning environment. Students are forced to memorise facts in order to excel in exams – unhelped by the pressure that parents put on their children to get top marks. Neuroscientists have discovered long ago that stress hampers the ability of the brain to convert experience into memory, which in turn can leave students feeling compelled to cheat. But perhaps the most detrimental aspect of China’s education system is the way it separates emotion from memory by making learning an unemotional experience. In an effective learning environment, students are encouraged to feel emotions – whether it be frustration and despair, or joy and triumph. It’s these emotions that encode the creative learning process into students’ neural infrastructure.

Australian software development company, 2and2, which specialises in educational games, has taken on the ambitious task to disrupt China’s education system through its newest offering, Fun Academy – a social mobile platform with a suite of learning games. The platform, which will be tested in Shanghai this month, allows Chinese students to select from a range of existing educational games covering primary, secondary and tertiary curricula, or make their own game using their own data. Students will also be able to challenge friends, and share scores and achievements with extended family in a social ‘wall’ on the platform.

With two brand mascots – a panda and a koala symbolising the connection between Australia and China – Fun Academy’s vision is to bring enjoyment back into learning for Chinese students, while also helping them revise for exams more effectively.

The idea for Fun Academy spawned from the frustration that Leon Young, 2and2’s Managing Director, witnessed when he visited China. Shortly before that, the company noticed a pattern where certain types of game mechanics were very effective for any type of memorisation, categorisation and rote-styles of learning. This got Young thinking about the potential to create a mobile social platform, where users could play games to master any subject matter that involved these types of learning.

“We would also be able to offer our own subject matter relating to school and university curriculum, and provide a curated channel for discovering the best user created games. The platform should also connect families, allowing kids to share their achievements with their family, and their family to encourage and be engaged in their learning experience.”

At the time, Young was also traveling in Asia. He says it was part holiday, part fact-finding mission, as the company was already interested in breaking into the Asian markets. This trip ended with a month in China where Young travelled to 6 provinces, visiting first, second and third-tier cities as well as small towns. After speaking with parents, children, university students and recent graduates, he was impressed by the dedication of Chinese families to their child’s educational success. At the same time, however, he noticed the pressures that exist within the current education landscape.

“I was already well-versed in some of the educational issues in China, but I was amazed at the consistency with which parents kept highlighting the same issues to me. The assessment-driven system – culminating in the university entrance exam or Gaokao – means parents feel pressured to focus their child’s life around education, with kids as young as 4 going to coaching centres, and school-aged children spending all of their spare time with tutors, in private classes or studying,” Young explains.

“If they are lucky, they’ll find time to relax with a mobile game in the back of the car on their way to the next class. Parents kept mentioning the lack of creative education. It’s worth noting that China is half-way through a 10 year education plan aimed at transitioning from the current assessment-driven system to a more creative, Western-style of education.”

At this point, Young says everything fell into place: “With some tweaking the platform we were imagining was perfect for China.”

“It addressed the current educational needs, it allowed some fun and creativity to be inserted into an otherwise dry education experience, and it would allow parents to be more connected with their children’s learning experience. At the same time, the platform would be well placed to evolve with China’s changing education requirements.”

Gamification has been hailed as “the next great discovery” by Dr Tom Benjamin, who has applied educational and psychological theories to develop new approaches to education, and currently runs a Games in Education Course on EduTech startup platform Open Learning. Teachers are beginning to realise – especially when struggling with student motivation and engagement – the benefits of games and gamification in informal and formal learning environments. There is a difference between games and gamification. The latter is the application of game mechanics and dynamics like badges, leaderboards, and actions into what is typically not a game.

Young says Fun Academy is principally about delivering learning through fun educational games, though they do use elements of gamification, such as one-on-one challenges where students compete with each other for the best score and get rewards for mastering new subjects.

While some are yet to welcome the idea of merging games and education – especially since games still incite moral panic – Young holds the view that well-designed and executed games have huge value in education that extends beyond engagement.

“[S]tudies show that an engaged learner is a more effective learner. If you can take a boring task, such as learning the Periodic Table, and make it fun then that has value in and of itself,” says Young.

“However, the value of games in learning is much more than just engagement. With good instructional and game design, a game can be more effective for certain types of learning than any other method. For example, in recent tests with a language learning app we created, students typically mastered 12 new words in a 40 minute session. That would rarely happen in a face-to-face class.”

So what makes an educational game great? Young says a well-designed game needs to respond to the individual learners requirements.

“A good game should have what we term ‘Goldilocks Levelling’. It should always be not too easy and not too hard,” he adds.

In similar fashion to other EduTech startups like Literatu and SmartSparrow, Fun Academy records how a learner interacts with a game. This allows them to understand the learning process, rather than simply identifying whether the student has come to the right solution. The technology allows the startup to identify students’ learning pain-points – for instance by observing how much time it has taken them to master certain concepts or pieces of information. Fun Academy has been designed as such that students are able to progress at just the right rate.

Fun Academy is a free platform that can be accessed and used by anyone of any age. Young says the aim of Fun Academy is to build a network of students who are sharing content and learning from one another. The company will be monitoring game-play and collecting data, so that it can develop a nuanced understanding of students, their study habits and areas where they need help.

This will then allow Fun Academy to deliver highly targeted and personalised advertising to an engaged audience, particularly parents. Young says they will also offer premium paid options on the platform, such as exclusive learning games and professional revision content.

Tapping into the Asian market

More than half of the world’s 7-billion-strong population sits directly above Australia on the map. Although we’re uniquely positioned to tap into the Asian markets, most Australian startups head straight to the US to pursue growth opportunities.

“The market is huge, and is under-served by the Western startup community. While more people are looking at China, most Aussie startups are focused on Silicon Valley and the traditional US path to success,” says Young.

“I think the US route makes sense for most startups; it’s a tried and tested path with a set formula for success. Asia, and China in particular is still a bit like the Wild West.”

He adds that the Asian market is moving very fast and is far more complex. China, for instance, isn’t just one market, “it’s a range of markets that can be segmented both geographically and socio-economically”.

“There are a ton of Android app stores and which you use is likely to be influenced by what city you live in and how much you earn, and your choice is also likely to change in as a little as six months,” says Young.

“Only two years ago we used to refer to the big Chinese social media companies as the ‘Chinese Facebook’ and ‘Chinese Twitter’. They’ve now evolved far beyond their Western counterparts, becoming deeply integrated into people’s lives and their media consumption habits, operating some of the most successful app stores and publishing operations.”

Young’s first advice for Australians that are looking to break into the Chinese market is to consider the question, ‘Do you get it?’ Australian companies or at least their senior team members need to have an innate understanding of the Chinese mindset.

“The reason they’ll buy a product is likely to be quite different to a Western audience and if you don’t understand the differences, you’ll have an uphill battle,” Young says.

On that front, it’d important to note that 2and2’s passion to bring game-based learning to China isn’t unprecedented; it was also fuelled by first-hand experience by team members.  Almost a third of the company originate from China and are very familiar with the demands Chinese schools place on students, families and teachers.

“We’re helped by having a Chinese marketing manager and quite a few Chinese-born team members, all of whom came to Australia to pursue education here and then stayed,” says Young.

He adds that he’s also had a life-long interest in Asian culture, having done business in South-East Asia since he was a teenager starting a computer importing business 30 years ago when he was just 15.

The only way to really understand the mindset of people who are different to you is to spend time with them, according to Young.

“I have learned that the only way to truly get into the mindset is spend time on the ground immersing yourself. The research you do on the internet never quite matches what you experience in a foreign market by just being there,” he says.

Young is not oblivious to the fact that he is still an Anglo-Australian looking in from the outside. As such, he is well aware that Fun Academy may need adjustments to fit the market.

“It’s important not to be over-confident about your assumptions. This is why we are off to Shanghai to test our games with the target demographic, and meet with parents, teachers and potential business partners,” says Young.

“We’re confident we have a product uniquely suited to China, but we don’t underestimate the nuances of the market and the complications in execution.”

2and2 will be testing three game prototypes with multiple schools in Shanghai this month, including a group at the renowned Tongji University. Upon return, the company is looking for investors and partners for the next stage of development.

The project is also supported by a panel of Australian universities, including Curtin University and the University of Technology Sydney, who plan to use Fun Academy as a research platform on the subject of games and learning.