Is WhatsLively about to rock the music tech scene? 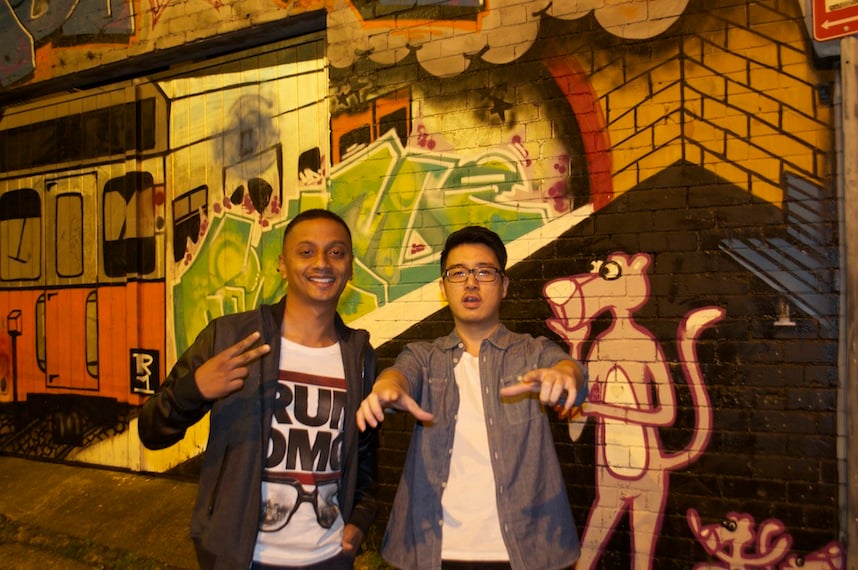 The biggest challenge for musicians in 2014 is not how to produce great music, but how to rise from the cracks of obscurity and generate income. Perhaps the most lucrative method for musicians today is live performance. In a previous interview with Mike Huynh from Startup Daily, John Curtin, Head of Marketing and Communications at Australia’s largest music festival Stereosonic said that, “Australia is at the forefront of Music Festivals”.

Simon Guerrero, co-founder of Ticketbooth, agreed with Curtin’s sentiment saying, “People will always love festivals and that’s not the issue. The real problem is that event marketing hasn’t adapted and people won’t go out of their way to look for things to do.”

A new startup WhatsLively is set to address this very problem – except it doesn’t focus solely on music festivals, but live music in all contexts. The application, available both on iTunes and Google Play, constantly scans the music users listen to on their smartphones – whether via iTunes, Google Play, Spotify or Pandora – and alerts them when an artist they regularly listen to announces a concert nearby. The application also shows users all the gigs taking place within close proximity, which can be filtered by date and exact location. Added to that, WhatsLively has an invite feature allowing users to alert their friends about a particular gig and find out what they think about that musician.

But what is it about live music that’s so appealing? Despite advancements in media technology, where ‘liveness’ can be experienced without being physically present at an event, the traditional ‘live experience’ – being a spectator in a crowd – still has high cultural value. Co-Founders of WhatsLively, Trishanth Chandrahasan and William Xue even go so far as to describe live music as ‘sacred’.

“It’s a special experience that makes you truly happy. Seeing an artist you like perform the songs you love right in front of your eyes is an exhilarating experience. And sharing the experience with people that feel the same excitement as you, makes it that much more special,” says Chandrahasan.

Despite the ‘magic’ of witnessing a live performance, Chandrahasan laments that too many live music venues are closing down due to seats not being filled up.

Voicing a similar discontent to the co-founders of Ticketbooth, Chandrahasan and Xue believe that there aren’t many solutions out there using technology to help the live music industry flourish.

“Our philosophy is if we can make it ridiculously easy for people to go see live music, we can get them out to more live music,” he says.

Although it wouldn’t be hard for a startup like WhatsLively to raise funds – especially with wealthy entrepreneurs like Justin Hemmes and Richard Branson investing in music festivals – the co-founders have decided to take the bootstrap route. Chandrahasan believes that this early on, they should be calling the shots.

“We don’t believe in having investors involved in this early stage unless we know they are sincerely aligned with our vision and we are yet to find an investor that is. Me and my cofounder William Xue have sacrificed a lot to build this platform because we know what people need,” he says.

Both co-founders feel making money from WhatsLively is unimportant at this stage, saying that they don’t want to be “distracted by monetisation pressures”.

He promises that there will never be any “annoying or irrelevant 15 second video ads” pop up from inside the app. Well, thank goodness.

Chandrahasan and Xue both decided to go a little bit ‘hipster’ when it came to designing the app. Chandrahasan is a software product manager and Xue is a mobile app developer, and both have an obsessive passion for user experience. Although they’ve followed popular and proven UI principles established by Steve Krug and other great minds in the technology scene, Chandrahasan and Xue also don’t like following trends.

“While it is a trend these days to go flat and minimalistic, we wanted personality in our design and we believe we’ve found a balance between minimalism and personality which you can see in our interface design. So far the feedback on the design has been great but there are certainly things we can improve on and we’re adamant on getting it right in the next few months,” says Chandrahasan.

Like many other new and emerging businesses, WhatsLively relies heavily on social media to tap into its target market of music lovers. Though the startup only launched in February this year, their social media strategy has seen them gain 20,000+ genuine followers across Facebook, Twitter and Instagram. Upon first glance, it’s apparent that WhatsLively isn’t as focused on ‘self-promotion’ on social media as much as they are on talking about music in general. This gives the brand a strong personality, which in turns attracts a strong following.

It’s not that Chandrahasan and Xue are unaware of competitors in the market, but they believe they have an edge over them.

“We are Australian-based and locally driven. Our competitors don’t cater sufficiently for local needs. For example our competitors won’t announce concerts as quickly and comprehensively as we do, because they see US and Europe as more important markets and focus more on catering for those markets,” says Chandrahasan.

Perhaps, the feature that distinguishes this startup is the gig sharing feature, meaning that WhatsLively’s marketing power is inherent in its technology. Given people generally don’t go to concerts alone, nor do they admire music silently, it is likely that users will welcome and readily embrace the sharing feature.

It may still be early days, but Chandrahasan is proud of how the app has been received – especially the gig sharing feature.

“We weren’t sure [the gig sharing feature] will work or not as its completely new and people won’t be familiar with this type of mobile-to-mobile sharing. But the feedback we’ve got has been very positive and we’re over the moon, as we might be onto something pretty big here,” he says.

In fact, Chandrahasan takes pride in the following review that was written by a user:

One of the great features of the WhatsLively app is the invite your friends option. I get notified that one of my fave bands is coming to town by the app and can let everyone know all the details without even leaving the app or putting any typos in my group texts, like accidentally getting the date wrong which has happened to me once before when Bon Jovi played 2 dates and I ended up with tickets to one of the dates (the one I meant to put in the text) and my mate for the other night… – Louise Imray

On the flipside, there have been challenges. Chandrahasan says their biggest one has been facing the fact that brand awareness doesn’t necessarily translate into app downloads or web page visits.

They remain confident, however, admitting that they see themselves as “a movement”. The co-founders firmly believe WhatsLively heralds the next stage in the evolution of live music.

As Chandrahasan says with self-assurance, “Watch us achieve this mission and change the industry.”