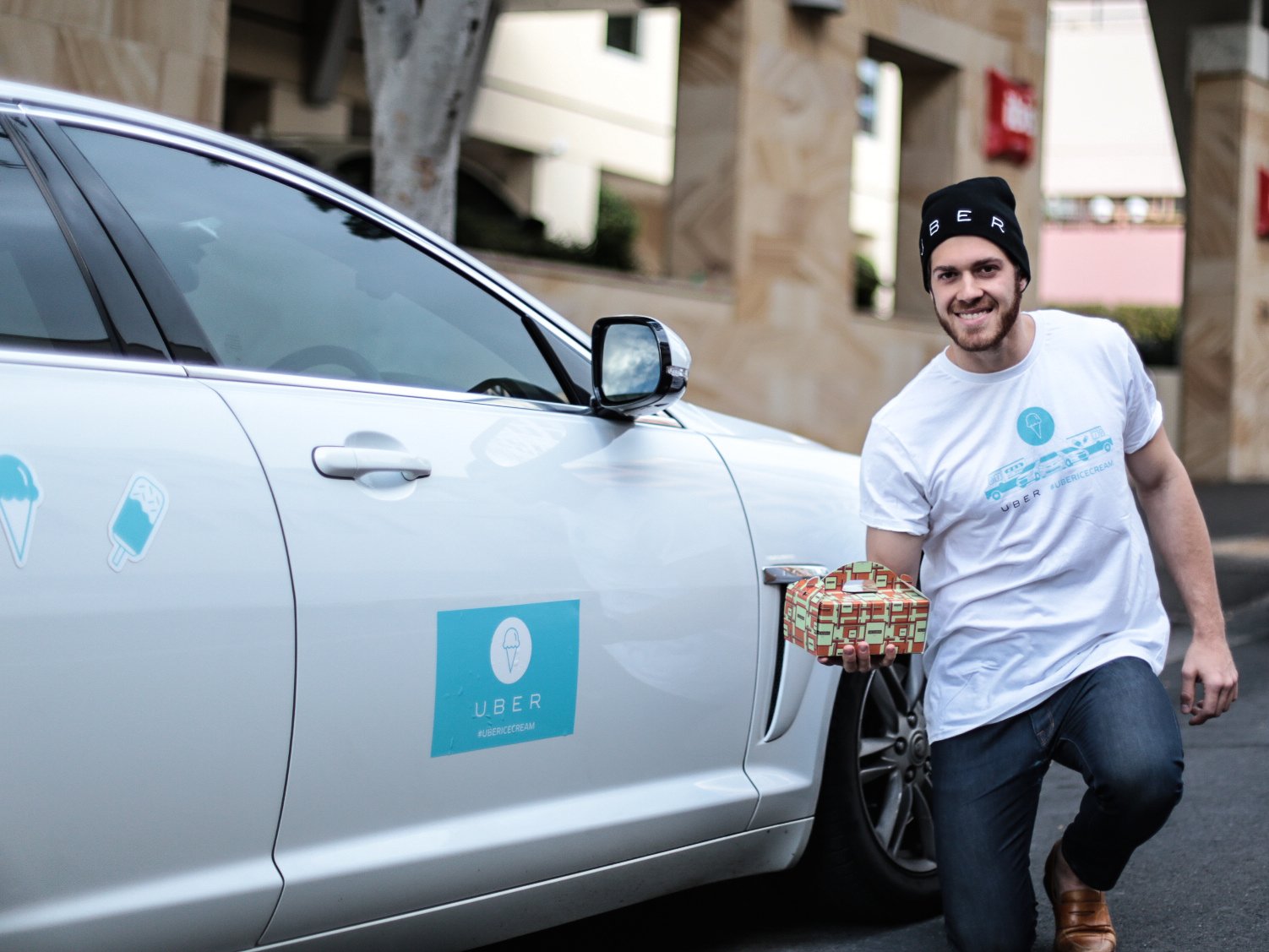 Everybody knows that UBER has been subject to disapproving eyes as of late, but the company is powering on in typical ‘I don’t give a fuck’ style. Last year, they formed a partnership with the business serving ‘Australia’s best gelato’, Gelato Messina, and embarked on a strategic marketing exercise.

UBER and Gelato Messina are repeating their #UBERicecream marketing campaign this year, but on a larger scale – delivering gelato to Australians not only in Sydney, but also Melbourne, Brisbane, Perth and Adelaide.

“We’ve been experimenting worldwide with on-demand experiences for years now. Sydney has already enjoyed UberBOAT and Christmas Carols on-demand, and ice-cream is now back for a second year running,” said David Rohrsheim, CEO of UBER Australia in an email.

On Friday from the hours of 11am to 5pm, customers won’t have to wait in a 5km queue on Crown Street or other Gelato Messina store locations to get their scoops.

The media release says this initiative is UBER’s way of celebrating its rapid growth in Australia.

“Ice-cream delivery is one example of how Uber is building a ‘digital mesh’ to make cities easier to use, in addition to the UberRUSH courier services in New York,” the media release states.

UBER will receive help to move the massive amount of ice-cream from Nova 96.9’s Casanovas. In fact, there will be 20 times more gelato being transported than last year. Event partner OzHarvest will ensure any unsold ice-cream does not go to waste.

Those interested in celebrating the end of week with gelato need to download and register the Uber app on their Android device or iPhone, select the “Ice Cream” option, and if there is a truck nearby they’ll be scooping into a 500ml tub with three Gelato Messina flavours before the end of the work day.

People who are new to UBER will receive their gelato free. Otherwise, the cost of the gelato is $20 per 500ml tub, which will have the flavours Salted Caramel, Chocolate Brownie and Bounty. An additional tub can be purchased for $15, though there is a limit of two tubs per request.