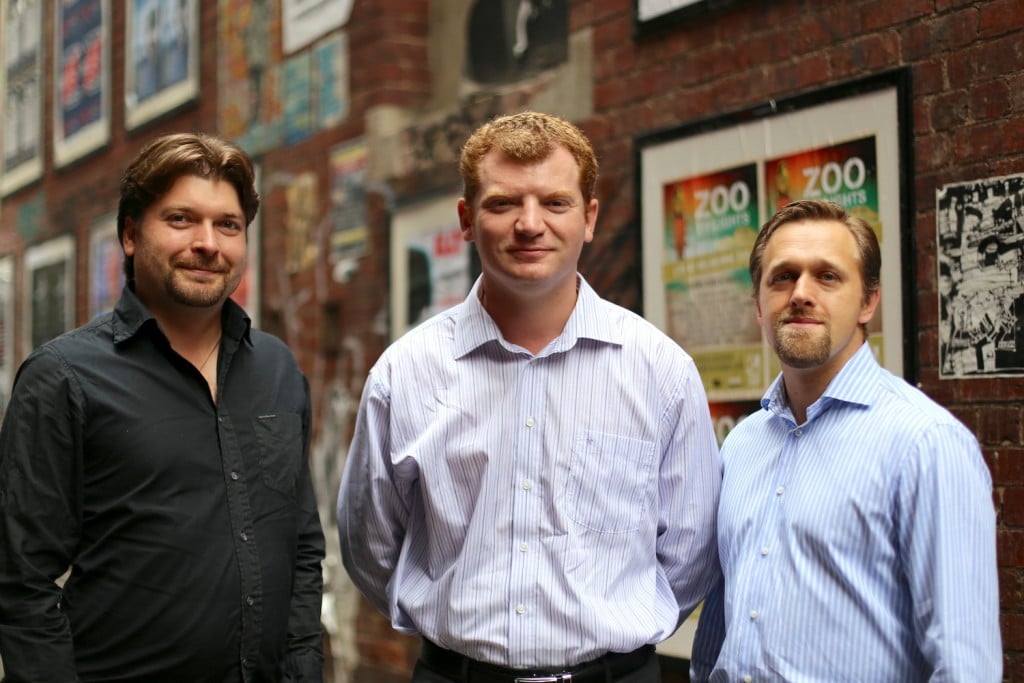 After months of field testing, Melbourne-based startup KISA has finally unveiled the KISA phone – a sleek phone built to make mobile communication simple and accessible for elderly Australians and people living with disabilities.

Those who have grown up with technology can tap away at their smartphones faster than they blink. But for others who aren’t accustomed to technology, making a simple phone call on a smartphone can become an ordeal. If the purpose of technology is to break down barriers (not build them up), for certain segments of society – like the elderly, visually-impaired or disabled – smartphones can be counterintuitive, presenting unnecessary day-to-day challenges.

After witnessing their grandparents struggle to use smartphones, the founders of KISA Dennis Volodomanov, Dmitry Levin and Leon Kosher decided it was time for a startup-style intervention. Back in February this year, Levin said, “Even the simplest mobile phones on the market assume something about the user; they assume that they already know how to or are capable of using digital menus, touch screen interfaces, audio commands, or even at the most basic level, they assume the user can read.”

The trio, who are well-versed in business and IT, teamed up to create the world’s easiest-to-use mobile phone. Their philosophy was to not dictate to the market what it needs, but to understand what the market needs and design the phone accordingly.

As such, the KISA phone eliminates the complexities that make smartphones inaccessible; instead, featuring large tactile buttons and clear text that allow users to call family and friends with the push of a single button.

The phone has an enlarged power switch to make it easier for people with unsteady hands to turn the phone on and off, and is light enough to be worn around the neck with a lanyard. Based on the feedback they received during the testing phase, the KISA team also designed a charging cradle specifically for the KISA phone. The product has been tested against industry standards, and according to Volodomanov, not only passed, but “passed with flying colours”.

But KISA is not just a technology provider; it’s also an end-to-end service. The team decided early on that they were going to be accountable for the user’s entire experience, so they undertook the expensive process of becoming a telecommunications company. To stand out from the crowd, KISA has established an Australian-based call centre, and offers customers simple plans with no lock-in contracts.

Those who want to purchase the KISA phone can customise it online via kisaphone.com.au. As per image below, up to 10 contacts (with photos) can be added and the phone is completely customised and personalised prior to delivery.

Volodomanov says the response to their product and service has been very positive: “It’s hard to describe the KISA phone in words, but when we give it to people, they say ‘Why wasn’t this around earlier, this is fantastically simple to use’.”

“We can’t wait to see the way the KISA phone helps people communicate on a larger scale. Some of the feedback we received made us realise there are ways people may use the KISA phone which we haven’t even thought of yet.”

KISA has also received offers from investors that the team declined. Volodomanov says it was important to them personally to achieve their goals without external backing – an attitude that is becoming less common with startups today.

Ironically, making something so simple wasn’t simple to make. Nevertheless, taking an idea through to a fully functional product and seeing the way it benefits users certainly deserves applause.

“Becoming a telecommunications company is hard work. Designing the KISA phone was really phase one. Phase two was establishing ourselves as a mobile network and it has taken a significant amount of effort. We are proud of what we have achieved!” says Volodomanov.

KISA has engaged in discussions with Vision Australia and Guide Dogs Australia, and has received input from other major organisations that represent the aged and disabled. It will be interesting to see what relationships come from these discussions.

Where I see further potential is in aged care facilities. If KISA offers a monthly ‘enterprise’ plan for businesses that manage communities of seniors – for example, retirement villages – the product can rapidly become a ‘must have’ amongst certain markets.

Regardless, according to past ABS (Australian Bureau of Statistics) figures, there are around 3 million people aged 65 years and over, and close to 4 million people living with disabilities in Australia. Although these are broadly-indicative numbers, it shows that a product like the KISA phone is not only scalable, but also necessary.

The KISA phone’s pricing starts at $84, and includes a lanyard as well as a charging cradle at no extra cost. For more information, visit kisaphone.com.au.