SnapDisco – a perfect acquisition for Canva or Adobe? 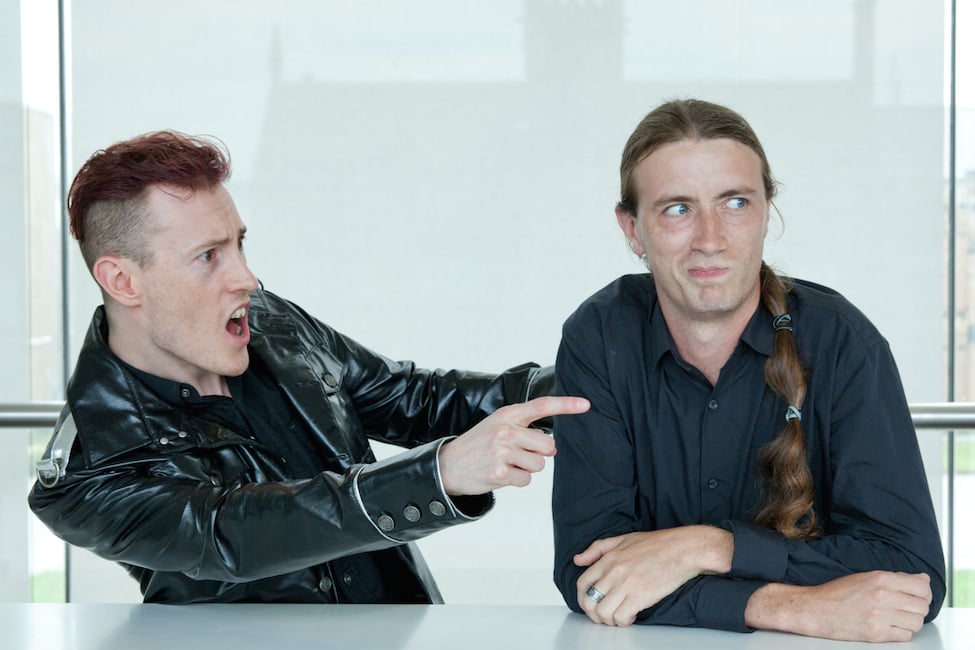 SnapScissors is the latest photo editing service designed to crop out your ex from your most endearing couple portraits. Not really. But it can absolutely be used for that.

Designed by James Boyden and Tom Murtagh of SnapDisco, the online service aims to revolutionise the way photo objects (subjects in an image) can be digitally isolated and extracted without the need for hours of laborious clickwork on Photoshop.

The service is of particular importance to those working in media, e-commerce or graphic design who are required to process copious amounts of images on a weekly basis but don’t have hours to dedicate to ‘deep-etching’ images – the art of clipping around images pixel by pixel to to obtain the desired image sans background clutter.

“You’ve got a highly paid graphic designer, wasting hours at a time tracing pixel by pixel around these things. SnapScissors is designed to be a very intelligent deep etch linked to web-based cloud software,” he says.

“You upload your images in Dropbox or Google Drive, it ends up in the SnapScissors system and then you simply draw a loop around the object you want and SnapScissors will analyse the image, detect the key parts, know what you want and do the pixel tracing for you.”

“There’s also a secondary tool after the first loop to do minor touch up slices. It’ll automatically detect regions of the same background colour.”

There are already existing path clipping professionals in companies and existing online services such as Pixcapp reeling in huge revenue in Australia. It’s no surprise then that Boyden and Murtagh have pivoted their initial business idea towards the image editing market.

What initially began as a visual search engine for women’s shoes (inspired by James’ dismay of shoe shopping with the missus), SnapScissors is now utilising that analytical software to service some of Australia’s largest media and design companies.

James declined to reveal these companies but if our predictions are correct, the software that is in its private beta testing phase could already be in use with Fairfax, News Limited or Canva.

It wasn’t all smooth sailing for the SnapDisco team however. Before their pivot, the duo struggled to gain traction in a market that didn’t trust them.

“We wanted to send people into these shoe stores [with their visual search engine] but they didn’t trust us because they were nervous about online taking their sales; none of them wanted to work with us,” says James.

“At Incubate, our mentors said ‘clearly this isn’t taking off; you have one side of your two sided market place that doesn’t trust you. Where else can we use the object detection technology?'”

The technology sector is also “a nightmare” to work in according to Boyden. “If anyone was to ask me ‘should I do a startup in developing some new technology?’ I’d probably say ‘maybe don’t,'” he admits.

“In a regular startup, you already have some product and you’re just trying to sell it. It’s all about the lean startup and optimising your customer development when you have an existing product. But when you are additionally trying to develop the product, that could lead to some very nightmarish work hours.”

“You have this tension between selling something that isn’t quite ready and at the beginning or doesn’t even exist. If your solution isn’t ten times better, it’s not good enough for people.”

Boyden estimates that the service will go live in the fourth quarter of this year but not until he’s certain the final product is perfect.

“It’s amazing and beautiful, but we’re beating the kinks out. It’s really alien technology we’ve developed. You have this sort of tech which needs a lot of testing.”

SnapDisco are also on the lookout for potential partners and companies that want to try their private beta version. Boyden says that this is the right steps to take before they launch the stand alone service later in the year.

“We’re working on a self serve platform so anyone can do this. You just jump on the site and do the tracing and it’s done basically,” he says.

So are the duo keen to sellout this secret alien technology and live a life of luxury, romance and dinosaur theme parks?

“We think SnapDisco is a quite a longterm thing. We’ve made a job out of it,” says Boyden.

“A mentor once said, ‘you’re not really doing your startup until your girlfriend’s left you’. About the middle of last year, we were happy to report we’re a real startup.”

“However it must be said, apparently we’re a very charming startup. We’ve been able find new and better girlfriends – more understanding this time. Our girlfriends are patient angels.”

Although SnapDisco has been compared to the likes of Sydney design startup Canva, Boyden doesn’t see them as a competitor. He says that SnapDisco is more like “a smarter version of Photoshop” whereas “Canva is more like Illustrator or InDesign”.

If SnapDisco fills in a different gap in the same industry, there’s potential for it to be acquired by Canva, and even Adobe. But Boyden appears to be firmly against the idea.

“Acqui-hire is a trend in silicon valley but there’s a lot of backlash against that at the moment. At SnapDisco we’re against that. We’ve had a few offers where we’ve said no. We’re not even looking at being acquired. The clipping technology is one string of our bow, of visual technology,” he says.