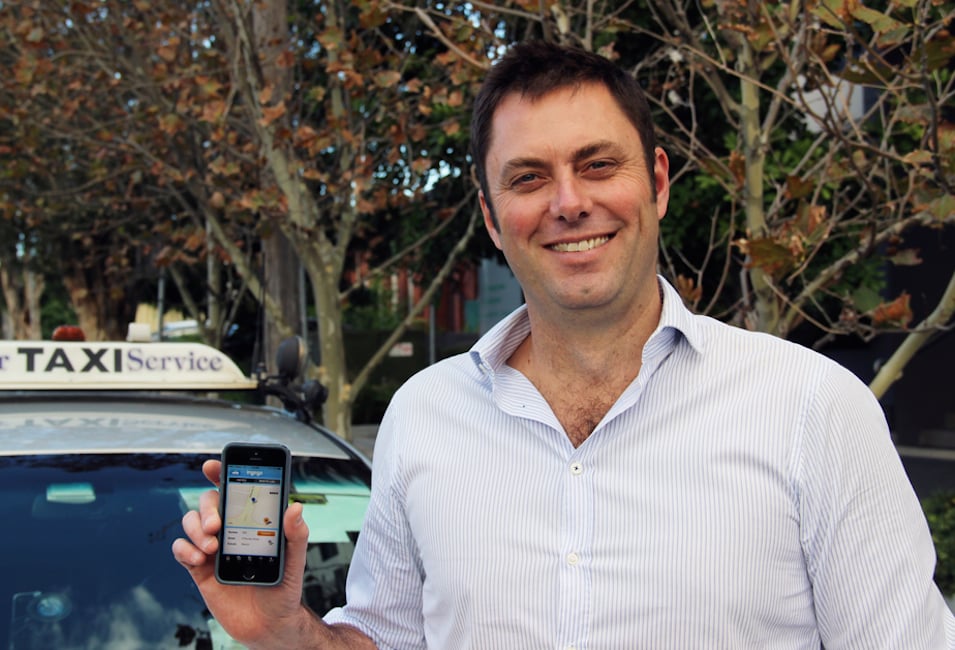 Last week, I wrote a piece detailing what I predict the future relationship between tech companies goCatch and UBER would begin to look like after the latest goCatch funding round. In the article I likened the tension in the Taxi industry right now being akin to that of the Fairfax “rivers of gold” war from the early Seek and Real Estate days.

The article I wrote last week never mentioned Hamish Petrie, founder of the other major player in the Taxi space ingogo.

At the time, I was fixated on the fact that goCatch that started out as the enemy numero uno of Taxi companies in Australia were potentially joining forces with those that wished them ill from the beginning – as well as the impact this could have on UBER’s future in Australia.

After an interesting conversation with Petrie on Friday afternoon, it became quite apparent to me that ingogo is perhaps not just the “taxi booking” application the media have been writing about and is in fact so much more. Actually their potential makes their number one competitor Cabcharge look a little bit like small fish.

It’s hardly surprising. Petrie is no spring chicken he is a seasoned entrepreneur and investor, has done the hard learning and had the big win selling his company Moshtix to News Limited back in 2007. He knows what he is doing, has a shit load of connections and when he says ingogo will IPO within the next 12 months, you can take that as fact, not startup optimism.

Unlike goCatch, Petrie has said that he has and will refuse any offer to get in bed with another Taxi company (goCatch are currently tied into a deal with GM Cabs) – he would even reject any offers of acquisition from a company like Cabcharge if they came his way.

When he first began the journey that is ingogo, Petrie received a $250,000 Commonwealth Government grant specifically to build a competitor to Cabcharge. I suppose you could say disruption of the status quo is the true mission he is on, not an easy build and flip situation.

Very soon Petrie will begin announcing a number of new key hires and will begin the process of a pre-IPO capital raise, this time it will be a lot more than the $7.1 million they have raised to date. In December 2013 when we first wrote about the potential for an IPO, I still thought of ingogo as just ‘another’ taxi booking app.

I no longer think that after getting a detailed run through of their hardware / software play.

What ingogo has done well is positioned themselves as a full service provider for taxi drivers that own their business. The hardware which is sleek, not bulky and from a customer perspective easier for drivers to use than bulky eftpos machines – is actually less than 10% of the cost of a normal full taxi fit out, which is usually north of $7,500.

The ingogo software within their hardware also replaces multiple pieces of equipment a driver would usually have in the vehicle including bookings, collecting and cashing in payments as well as navigation to name a few.

It’s an end-to-end service provider for small business owners, and that is what makes them so investable. The taxi market and ingogo product is merely one vertical that can be catered to with their technologies.

Right now (not under the name ingogo) other verticals are being tested out and are doing really well. Petrie is determined to own the taxi space first though before diverting his attention elsewhere.

From my conversation, we should expect to see a number of different businesses across different industries using the same technology and hardware as ingogo in the future.

The big question is will the company IPO as Ingogo Pty Ltd or as a parent company with ingogo and a number of other companies operating from within?

As for the Taxi wars, Petrie says he supports innovation all the way. He also says given the amount of time in took government to make a decision on booking apps, that he thinks the decision around ride sharing will also be a similar, long and arduous wait.

I suppose given their ‘real’ business model, neither decision actually hurts them. After all, ride sharing would actually just be creating another vertical for the company to sell to.