People love festivals, but marketers aren’t keeping up with technologies 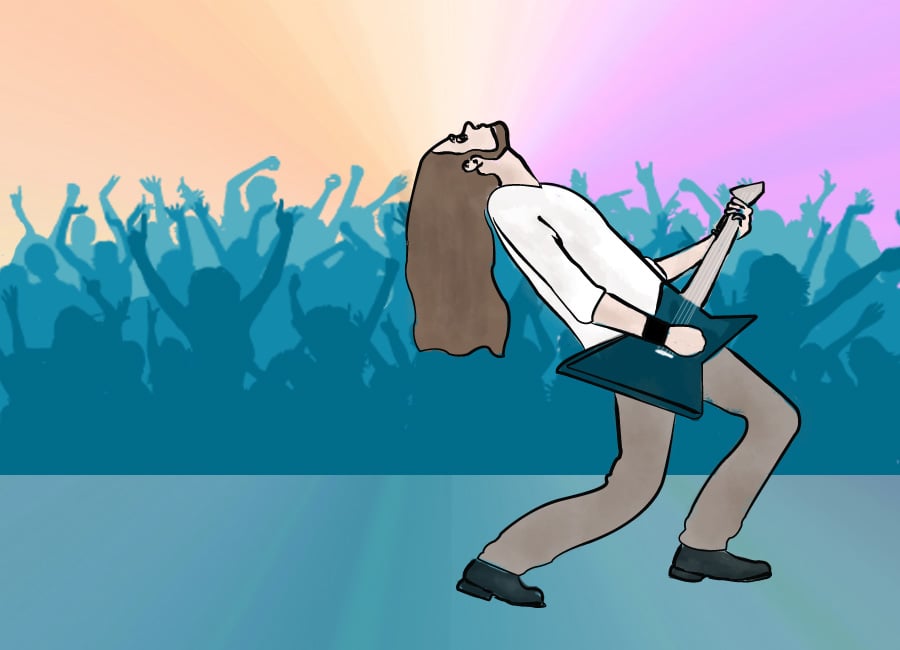 Think you know how to throw a mean Tupperware party? Get with the times, geezer.

The music festival scene is where the action is at. It is also where men with exorbitant bank balances like Justin Hemmes and Richard Branson  play chicken with thousands of music lovers to make a lot of money.

As live music festivals continue to evolve internationally and decline in other regions, evidence has shown that if you get the formula right, there’s still staggering amounts of money to be made. America’s Coachella Festival which is an annual two weekend event reflected this very notion when it grossed a record revenue margin in 2014 to the tune of US$78, 332, 000.

But before you run off with a few mates to stage a festival in your backyard, it is important to note that this industry also has a reputation for taking the scalps of even the most prominent  event promoters.

With overbearing factors such as the fickle nature of music demographics, the high cost of production, securing headlining artists and the now frugal consumer, the industry is left with a back-and-forth market that could end any festival dream run within just months of slow ticket sales.

Australia’s iconic Big Day Out recently fell victim to this before it was completely sold off to its American shareholder C3 Presents and shelved for 2015. The reason behind this was cited as being a significant sales slump and impending artist contract issues.

So has the Australian music festival scene officially run out of steam and spray tan?

Two current pioneers of the industry at opposite ends of this market disagree.

John Curtin, the Head of Marketing and Communications at Australia’s largest music festival Stereosonic says that, “Australia is at the forefront of Music Festivals; I have attended a lot of overseas events and in many instances we are vastly ahead especially in safety, patron experience and the ‘travelling circus’ model that has multiple events over multiple cities.”

Simon Guerrero, a newcomer to the live music startup scene also agrees. “People will always love festivals and that’s not the issue. The real problem is that event marketing hasn’t adapted and people won’t go out of their way to look for things to do,” he says.

The key, both Guerrero and Curtin agree on, is the overall approach to marketing these broad demographic, large scale events.

Guerrero is the co-founder of the online service Ticketbooth which aims to improve the ticketing experience for both the organisers and punters.

“Other ticketing services offer a very basic transactional service. They would facilitate the sale of a ticket and that’s it. We wanted to create a service that would help sell out events, not just ticket them. The Intelligent Social Platform is really the product of this goal,” says Guerrero.

The ‘Intelligent Social Platform’ is the brainchild of Engineering graduates Matt James and Guerrero. The service partners with an event (client) and uses a coding algorithm to identify the most active and vocal Facebook users that are the most likely to buy tickets and attend that event.

This vocality is found in the form of  a user’s commenting history, likes, posts and interaction frequencies which then become the basis for targeted and sponsored Facebook posts.

“The idea behind print advertising is to reach as many people as possible with the hope that the demographic, which you’re targeting will see it,” explains Guerrero. “Online advertising is the complete opposite; it’s about offering relevant content to relevant customers.”

Removing the guesswork for event organisers is the key according to Ticketbooth. The algorithm deploys hundreds of experimental ads to ‘likely to purchase’ user groups and narrows it down to the highest performing ads to the most product receptive users.

“The benefit is that we can track exactly where each sale came from, so the real game changing aspect here is our ability to put an exact price on each user’s click, by calculating how many Facebook ad directed clicks led to ticket sales,” says Guerrero.

Stereosonic being a major brand follows a more traditional and robust route for marketing as it is a nationally established event.

“We really listen to our core crowd and create a lot of content around them. Some of our best campaigns have been our merchandise ranges, Stereosonic launches and on day promotions. We spend a lot of time speaking to our patrons via social media, answering questions and helping them out which I believe is a major reason of our success,” says Curtin.

“We have media partners such as Nova FM, inthemix, [and] we have a lot of internal marketing and spend a lot of time and money on building our social networks. We also have a lot of consumer data so invest [resources] by location, universities or with outdoor campaigns.”

So what advice does Australia’s largest and most successful music festival have for those still ballsy enough to take on the market?

“Create your own identity.”

“Seeing a gap in the market and not being same-same, having relationships with other state partners if they are going national and understanding that its not just hiring a sound system, booking a venue and some acts and they have a show,” Curtin says.

“Australia has some of the strictest liquor licensing and OH&S policies in the world which I think is great in terms of patron safety and experience. There are a lot of costs including ticketing, APRA/PPCA broadcasting and security, bar, production.”

Guerrero also sees a gap in the market albeit as the digital consumer gap. With plans to expand the intuitive algorithm to other platforms such as Google, Twitter and Youtube, Ticketbooth has its sights set squarely on riding the future successes of live music.

“With every new event that is run through the platform, the algorithm trains itself to become more accurate, sky-rocketing its potential to ensure sell-out events. The ultimate goal for us is to make events a profitable business again,” says Guerrero.

“For organisers this means affording to run the events, but more importantly, rebuilding the community of festival-goers and getting them excited about bigger and better events.”

If at this point you’re eyeing the potential for Ticketbooth’s algorithm, get in line. Guerrero explains that there have already been offers to buy out their service – offers that were duly declined.

“The offers we received were substantial, however their motivation was to mitigate competition and in turn goes against our core mission. We don’t think anyone else could run this company better than the team we currently have in place,” says Guerrero.

“Our beta version generated an extra 30% of sales purely from targeted advertisements. The event organisers were thrilled because it gave them the ability to achieve immediate results.”

More importantly, could the algorithm be used to sell anything else online beyond music event tickets?

“​Yes, it most certainly could. In fact, event advertising remains one of the hardest sectors due to its wide demographic. At this stage we’re keeping the platform exclusive to Ticketbooth organisers, which gives us a huge point of difference from our competitors,” says Guerrero.

“In saying that, it wouldn’t be difficult to build an API allowing businesses of all sizes to leverage the technology, which is something we’ll look at doing in the near future.”