Hipsters sure love it, but does Bitcoin contradict our desire for trust online? 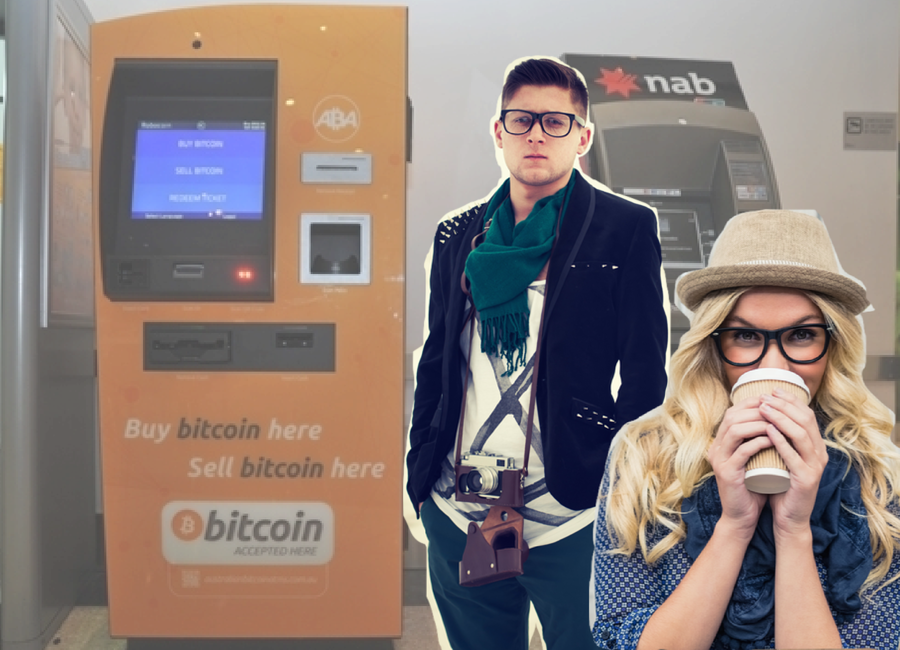 I’ve always been a Bitcoin skeptic. When I first read about Bitcoin I likened the legitimacy of this unidentified, unregulated, faceless currency to that of unicorns. My imagination had personified Bitcoin and typecast it as a careless adrenaline junky who throws itself into any cult, religion and food related dare for shits and giggles.

Bitcoin and I weren’t friends and I wasn’t afraid to make that known.

A few weeks ago, whilst out celebrating a friend’s birthday I overheard a group of hipsters bragging about how their coffee shop has Sydney’s first Bitcoin ATM. I couldn’t help myself and barged into their conversation. I was equal parts amused and afraid that this illusive currency is being used to buy cake in suburban Erskinville.

That night I went home, suspended my disbelief and decided to give bitcoin a fair go. What sparked my interest was an article where eBay CEO John Donahoe admitted to owning bitcoin and that it is going to play an “important role” in the future of PayPal.

Bitcoin is now sitting at the adult’s table and it’s got some pretty noteworthy fans. Apple who initially banned the bitcoin wallet app is starting to relax the ban by accepting apps that comply with state and federal laws.  Amazon who initially avoided bitcoin like the plague, now own a Bitcoin-Related Cloud Computing Patent.

As a lover of ecommerce who is fascinated with the psychology behind online sales, my questions around bitcoin lie not so much in the grey area of it’s decentralised legality, but more so on what this means for the future of ecommerce.

If I ignore it’s controversial instability, I can see the appeal. The crypto currency is fast, easy, risqué and its cryptically secure. The ability to process frictionless payments with low fees and fraud risks are appealing to ecommerce giants like Newegg and Overstock.com. In its first day of day of accepting Bitcoin, Overstock.com reported 780 orders were paid using bitcoin totalling over $124,000 USD in sales.

I’m dubious about celebrating this statistic as only a handful of ecommerce retailers currently accept the currency and this could have been a very clever and strategic marketing move to encourage bitcoin owners to offload it.

I’m still undecided as to how bitcoin will shape the future of ecommerce payments. Once we lift the veil, there are some serious concerns for both consumers and merchants. The success of adopting bitcoin depends on the demographic of the customers, i.e an online store specialising in linen is less likely to have tech-savvy customers than electronics stalwart Newegg.

The sticking point for me lies in the irony. All the articles I have read outline one of the main advantages of bitcoin are its safety. Whilst I understand that it’s algorithm may put Alcatraz to shame, it’s the faceless, nameless enigma that seems to go against the psychology of ecommerce.

As an ecommerce consultant, I have not only built my own successful ecommerce websites, but also advised others on designing websites that satisfy the underlying psychological trust issues we have with buying online. Ecommerce is about so much more than exchanging goods and services online. It’s about striking a balance between want, need and persuasion.

The link between conversion rates and trust markers is inextricable.  We invest time and money mastering the art of building instant relationships with web visitors by creating compelling content and engaging relationships through ‘about us’ pages that are personal. We use anti fraud logos as trust shields and make our contact details easily accessible to prove that as a faceless store, we are human and we exist.

Bitcoin seems to so inherently and blatantly contradict this proven desire for trust.

I’m a firm believer in innovation and I applaud the idea of a digital currency but I am also sceptical that its origins are almost evangelical and it’s following shares a cultish likeness.

Right now bitcoin seems like an important experiment in mobile payments and the pushing of boundaries seems a somewhat natural progression, but time will tell wether its anonymity is less important than it’s longevity.

Previous article The startup media’s best kept secret. Top i-Mag Foundr, is actually Australian
Next article CoPilot fills a gap in the market that is completely unserved
Via Other
Tags BitcoinDigital Currencyecommercesocialstartupstech

Nicole founded and grew ecommerce startup 4cabling.com to a 10 million dollar business. She writes on eCommerce for STARTUP DAILY. Her aim is to simplify it into an easily digestible morsel.

You can hunt her down here