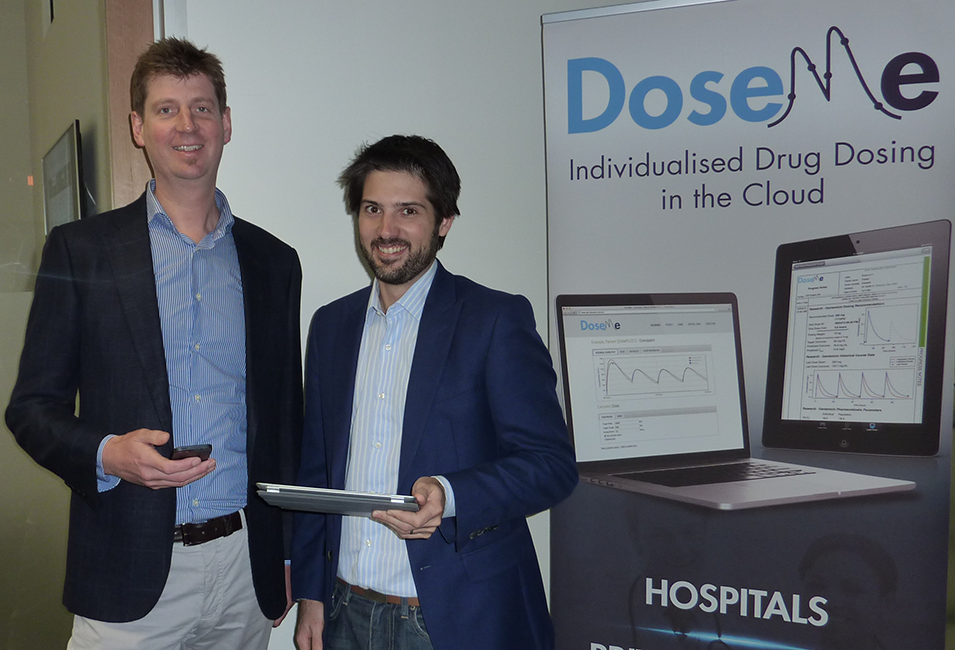 Brisbane based startup DoseMe is making headway into the multibillion dollar medical market with their new PharmaTech solution.

Founders Dr Robert McLeay and Dr Bruce Green have their sights set on tackling the US and European markets with their recent $500,000 capital raise from Australian investors, led by Brisbane based Steve Baxter.

The company’s proprietary technology combines complex dosing algorithms with a simple user interface, allowing medical practitioners to accurately and safely prescribe medicines based on each patients individual ability to absorb, process, and clear a drug.

Baxter, the primary investor for this round of funding, said that it was encouraging to see a Brisbane-based venture with the potential to improve health care on a global scale.

“DoseMe is an Aussie life sciences startup with the potential to significantly improve outcomes for millions of patients. It has an opportunity to transform a critical part of the medical industry, enabling a personalised medicine tool to be implemented easily and rapidly. By helping doctors to implement best practice dosing methods, DoseMe can also help health funds, hospitals and the government reduce the financial cost of adverse outcomes.” he said.

DoseMe is the first mobile and web-based dosing platform to be rolled out at a medical practitioner level. It reduces the need for multiple pathology tests and greatly reduces the chance of a patient having an adverse drug reaction.

The software was trialled at the Royal Brisbane & Women’s Hospital, the largest medical facility in the Southern Hemisphere.

It uses individual patient details such as height, weight, age, test results etc and creates a custom dosing profile that ensures that doctors can prescribe the correct amount of medication.

The platform is intuitive, and learns about an individual patient with each test result. It has been shown to be almost twice as effective as traditional dosing methods. The platform can currently be used for 13 medications across four therapeutic areas: anti-microbial, chemotherapy, anti-coagulants and pro-coagulants.

Baxter says that one of the main reasons he is backing the venture is due to the founding teams expertise and knowledge of the area. Dr McLeay is an expert in combining computer science and genetic biological science together and Dr Green is a Clinical Pharmacist.

“Most importantly, from an investment perspective, the team behind the business is exceptional. They have in-depth expertise in both the medical industry and technology development, and also have the ability to execute the idea and build a business. It’s a very exciting Australian company with global ambitions” he said.

Dr McLeay told Startup Daily that this is an exciting time for the startup, as multiple hospitals and clinics throughout Europe are already awaiting to trial the product. Whilst the product is being rolled around across Australia as well, the large section of the market exists in the United States based purely on the number of hospitals and clinics.

“Since we released the DoseMe beta in mid 2013 we have been delighted with the results. The data we have collected shows just how effective DoseMe is compared to dosing protocols being used in mainstream healthcare,” says Dr McLeay.

“We now have hospitals, pharmacies and individual doctors using the system in Queensland, Western Australia and Victoria. Future investment rounds will be used to help us scale our business by expanding the product to new medications and also to roll out DoseMe to further international market.”