Project Tripod may be exclusive to Windows phones, but that hasn’t stopped its scalability 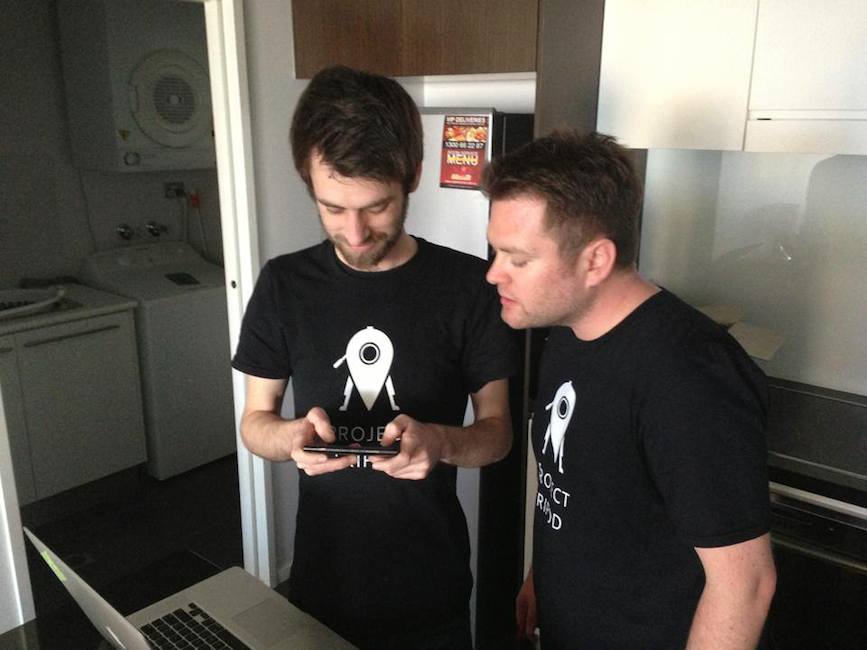 Industry stalwarts in the mobile space have recently said publicly that if Windows Phones continue their current growth within developing nations, that it would soon take over Android mobile devices in those regions.

This is good news for Sydney-born startup Project Tripod, as it represents a world of opportunity within emerging markets neighbouring Australia. Currently the business is only accessible via a Windows mobile device. Whilst that may seem limiting, it helps when the CEO of the business, Catherine Eibner is ex-Microsoft alumni and knows the ins and outs of scaling solely on their platform.

Project Tripod launched less than three weeks ago and has been downloaded more than 35,000 times, with thousands of public Virtual Tripods now set up around the world for anyone to see. The team are now has its eyes set on construction industry giants.

“Everyone loves time-lapses. We like to visualise things changing over time that are often imperceptible to the human eye. We do it for different reasons, whether that be just because it’s cool, interesting or for commercial reasons where it’s important to measure the progress of something changing,” says Eibner.

“The problem has been that doing this is a pain – especially over long time periods. Until now this has been in the domain of high end videographers, documentary makers and scientific organisations to name a few because it’s very difficult, requires expensive specialised equipment and is time consuming.”

In the same way that many other startups these days are democratising industries, Project Tripod is making it possible for anyone to create something cool, or do research for upcoming commercial projects.

The development has been funded via the Nokia/Microsoft AppCampus program.

The Project Tripod team have spent a large portion of last year building a Windows Phone exclusive app and enterprise scale cloud powered API that allows people to use their mobile device to make and contribute to long-term time lapses.

Photos are taken on a smart phone with the app installed. What’s cool is that these can be taken by one person, or 100 people, who may or may not know each other over a period of minutes or over 10 years. The images then get aligned by the cloud API. This is where the magic happens and where they become a perfectly aligned sequence of images.

Once you have the sequential images, the generation of outputs is possible, such as traditional time lapse animations, multiple image blends and more that are only possible because the images are perfectly aligned.

The launch of the app is just the first step in a strategy that has its sights firmly set on the global construction industry. The release of the consumer application on Windows phone has been a clever first step for the team to develop a scalable enterprise-ready back-end system that is perfect for large scale construction projects.

According to Eibner, Construction firms require a quick and cost-effective way to professionally and accurately record the historical progress of the projects they have underway globally.

Eibner says, “While we are seeing some great Virtual Tripods being set up around the globe of iconic tourist sites, as well as spectacular landscapes and cityscapes, what we are pleasantly surprised by is the number of our users who are using Project Tripod to monitor change over time in their projects.”

“The projects range from house and garden renovations, to new home construction, through to large scale enterprise construction sites. This is fantastic validation for us as we see Project Tripod offering a unique solution in this industry and validation this area is key for our next steps.”

Having recently won the Pre-Revenue company category at the exclusive Australian OzApp Awards going on to be awarded the State government Innovation MVP Grant, the team is working with an undisclosed large international infrastructure construction giant to design the first of its industry dashboards for construction.

Previous article Your laptop is now a phone: Apple announces new Handoff and Continuity features at WWDC14
Next article Startup Need A Jingle transforms the way music is sourced for commercial use
Via Profiles
Tags androidfeaturesmartphonestartupsSydneytechTime LapseWindows