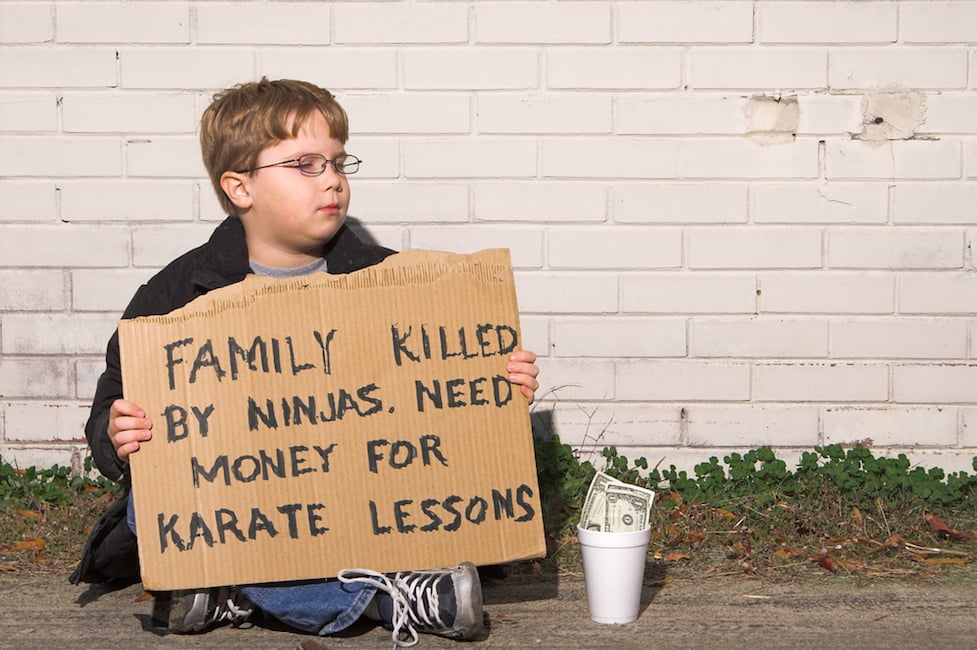 It’s been happening at least since April 2013; it appeared on Scam Watch; and a number of internet hosting providers have reached out to their customers, over the last 12 months, to let them know about it. Australian company Domain Register Pty Ltd are known for their very dodgy, but some would say very successful inbound revenue generating campaigns.

The company routinely sends out mass snail mail communication to business owners around the country, stating that they need to buy or renew a domain name for their business. At the cost of $249.00 – because obviously that looks way better than $250.00 for a bloody domain name right?

The invoices being sent out look very similar to this.

As anyone with remote knowledge of buying domains would be aware, the cost of purchasing a .com or .com.au address is significantly lower than this. In fact most of the time purchasing a domain for two years will set you back under AUD $20.00.

Statistically, companies that dabble in this kind of deceit profit relatively well, as many mid-sized companies with comfortable cash flow just pay the bill, quite often without giving it a second thought. What is more alarming though, is that according to ACCC statistics, the highest conversion rates for these types of scams appears in the age bracket of 18 to 34 year olds, with over 20% of us reporting that we have been victim to a scam in our businesses.

For the adventurous founder that is thinking, why not just show up and pay Domain Register a little visit to their Collins Street office in Melbourne? Surely that will get you your money back? We need to look very closely at how businesses that employ this model operate.

The Collins Street location is a Virtual Office facility owned and operated by Asia Pacific Serviced Offices – in fact, according to my sources, the founders are located and run the operation from South Perth.

Another key thing to remember about this group of people is that they operate under various monikers. Allegedly, back in 2010 they were rolling out the same scam under the business name Domain Name Group Pty Ltd – it is not uncommon for operators conducting this type of business to be constantly re-phoenixing themselves in order to throw the scent away from the ACCC and other investigative authorities.

I have experienced this exact situation when I worked for a company call Pitney Bowes. During my time there, there was a company that went by various monikers such as “Pitney Mailing” “PB Supplies” and “Postage Meter Supplies” and they would contact our customers selling fake specialist product only available from us, to them at exorbitant prices. It took around 8 years, but eventually during my time at the company, the ACCC did launch and pursue them under breaches of the Trade Practices Act 1974.

I reached out to Domain Register via email for comment on this scam. We were not contacted back by the time of publication.