Co-Founder of The Loop departs, but is there more to the story? 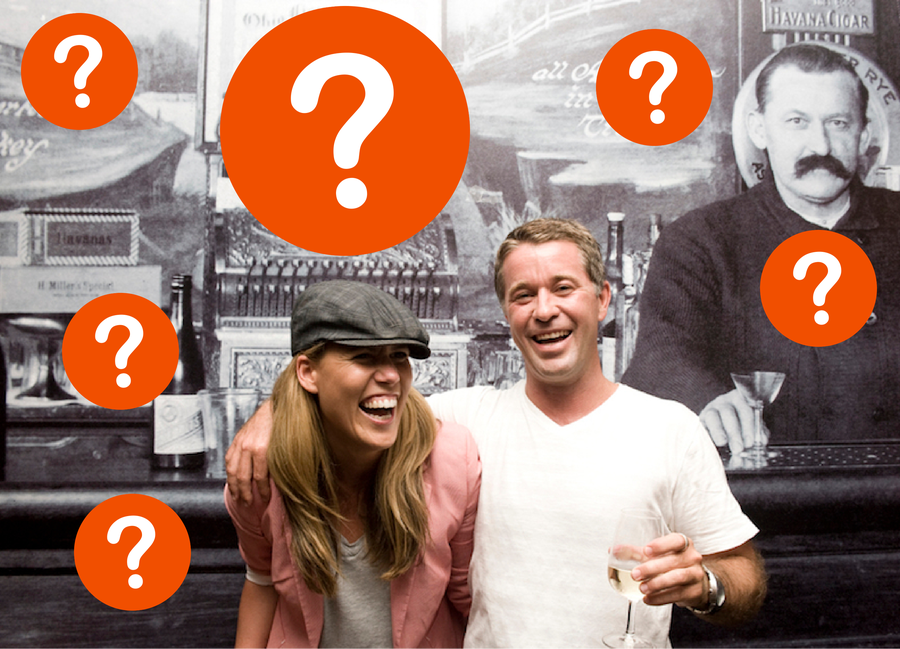 If there is one thing to be said about the team behind creative network startup The Loop, it’s that their Media and PR game is strong. Considering founders Pip Jamieson and Matt Fayle are both MTV alumni, this is not surprising. Actually I would say it’s almost expected.

Last Wednesday, the company issued a press release announcing that co-founder and former CEO of The Loop Australia Pip Jamieson would be departing from the Australian company, for good.

It was also announced that Jamieson would be building a spin off based on The Loop model in her native country of the UK. Here is the press release in full:

Australia’s leading creative professional networking platform The Loop (www.theloop.com.au) today announced that it has spun off its European operations to The Loop Co-Founder, Pip Jamieson, in a transaction that will result in two independent and regionally focused companies.

The Loop board agreed that by separating the business into two regionally focused companies, the two businesses will more effectively focus on their respective markets.

“We built an incredible business in Australia and I’m thrilled to be taking that model to Europe”, said Co-Founder, Pip Jamieson.

The new spin off operated by Jamieson will be a replica of The Loop Australia, but will be rebranded ahead of its UK launch to reflect the restructure. The Loop has cancelled it’s UK launch plans to accommodate Jamieson’s new venture and she will retain the community members already signed up to The Loop in Europe.

The UK launch of the European venture is scheduled for later this year, with a new name to be announced in the coming months.

The new arrangement will see Jamieson split entirely from The Loop. Jamieson had taken a step back from the day-to-day operation of the company in Australia 12 months ago, when she returned to her native UK to set up the European arm of the business. The new management team appointed took the company in a new strategic direction and subsequently, it was mutually agreed to part ways to allow all parties to pursue objectives which are true to their own visions.

Jamieson commented: “I’m incredibly proud of what we have achieved with The Loop in Australia and I’ll be working hard to repeat that success with my new venture. This was too good an opportunity pass up and while I’m sad about parting ways with my first baby, I’m very excited about what lies ahead.”

Progress on the launch of Jamieson’s new European platform will be announced as they come to hand, via the following social media outlets:

There are two big things in the above communication that were odd, as someone who has met the founders of The Loop on a couple of occasions, particularly in the early days and spoke with them about their plans on how they were going to scale the business.

The Loop board agreed that by separating the business into two regionally focused companies, the two businesses will more effectively focus on their respective markets.

The Loop has cancelled its UK launch plans to accommodate Jamieson’s new venture and she will retain the community members already signed up to The Loop in Europe.

Odd, because a network that connects creatives and the industry is not going to be that drastically different in such a global marketplace, where for creative work these days people don’t even need to be based in the same country as their employer. It also limits the growth potential of the company, the UK especially is a hotbed for both creative talent and job openings in that field.

Then there’s also the fact that at the time of this being published, The Loop’s introduction video on the home page proudly claims that they will “soon be making waves in the UK, US and beyond” – not exactly something you would go out of your way to start creating if you ever thought there was the slight potential you may not enter that market.

The second was a note to editors at the end of the release that read:

EDITOR’S NOTE: Due to binding contractual obligations, no further comment can be made by either party at this time.

The key word here is “binding” and I speak on this topic now with a degree of experience, as this very publication or more accurately myself as one of two shareholders back in 2013 also ended a partnership with binding terms that protected both of us, the business and personal reputations.

I reached out to Pip Jamieson on Friday to ask some questions around the new spin off business and the circumstances regarding the departure. Jamieson, as expected reiterated that neither herself, Fayle or The Loop business were able to further comment on anything, other than what was put in the press release.

But according to my sources, the eventual departure of Jamieson from the company as we saw last week, may have seen its beginnings at a Friday night meeting of the board in May 2013 which allegedly resulted in Jamieson being ousted as CEO, later to be replaced by another MTV alumni Bane Hunter mid-June 2013.

According to MuMbrella at the time, Jamieson left the country in May 2013 to oversee The Loop’s expansion into the UK from London. Both the founders still publicly stated their vision to see fast global expansion of the business:

Jamieson said: “By appointing a world class CEO, Matt and I believe we can capitalise on this once in a lifetime opportunity to rapidly scale The Loop internationally and fulfill our dream of making The Loop  the leading social and professional platform for creative professionals globally and offer a unique experience when compared to sites such as LinkedIn, Twitter and Facebook.”

Fayle said: “We have built an incredible brand, community and business in Australia, and with no direct global competitors, our immediate opportunity is to scale to other creative regions as quickly as possible.”

I should note that The Loop is in fact already operational in the UK. The web address theloop.co.uk at the time of publishing still takes you to the site. There are currently over 1,300 UK-based creatives using the site according to the search that I completed on the site.

If what my multiple sources have alleged is correct, the last 12 months at the very senior level at The Loop has been a long one. Whilst we will never get the full story as to what happened between Jamieson, Fayle and The Loop board due to binding contractual agreements, I think it would be very fair to say that there is a dimension to this announcement beyond the clean cut decision to split the business up and it’s all happy days.

It’s a shame really, The Loop was a business I always saw as the Linkedin of the creative world, with the user acquisition potential to boot. The US will be huge for them, undoubtedly. But not having Europe creates a kink in the “connection factor” the users will definitely be wanting.