Cloudpeeps, the marketplace ahead of the Community Management boom 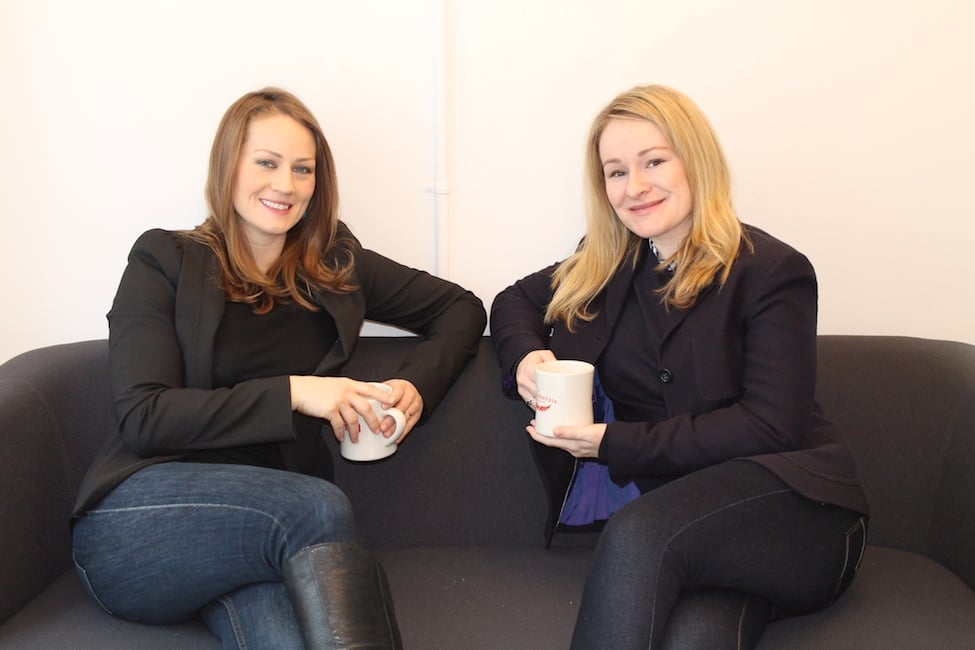 CloudPeeps is a marketplace that connects businesses with on-demand community managers.

Currently in Australia according to Hays Salary Survey statistics just released on the 4th of June, a community manager costs a business between $55,000 and $100,000 depending on their experience and workload as an internal hire. The fact is, good community managers that really understand the space and what they are doing, are few and far between.

This change is going to be caused by two significant factors:

At the moment, if you’re looking to build a community around your product or service, you can either go to an agency and pay thousands of dollars, and they may get an intern to execute it for you, or you can have the luxury of hiring some in house. Kendall noticed there was a big opportunity there for customers that aren’t fitting into those two situations that want to build a community, and built CloudPeeps to offer them a way to find great community professionals in a scoped work environment.

What I really like about Cloudpeeps is that the fee’s a company pays are based on deliverables rather than an hourly setting you would usually have with a freelancer.

“We also have a streamlined experience and work on the results-driven approach. We break it down into different areas – we look at say community in terms of a marketing function (which is audience development and growth through things like social media management, or content marketing like blog posts and newsletters, or influencer outreach). We also look at community as more of a customer experience and retention perspective with existing customers – keeping a community happy by conversing with them or having light weight support.” says Kendall.

CloudPeeps is an idea Kendall says she has had for around 4 years and never really did anything with. 4 years ago she felt there was still the opportunity but so much education would be needed for customers as to, what is community? why do people need to do community?

Kendall says that now the market has progressed so much that everyone knows they need to do social, need to do community, but the challenge now is they want to know how and what’s the best way. More importantly what’s the ROI-friendly way. The Cloudpeeps sell is about timing.

Australian readers would be familiar with Kendall’s other venture The Fetch. In terms of subscriber bases, The Fetch is perhaps one of the strongest EDM based content plays I have seen produced. Based on sheer popularity of the brand, Kendall would receive hundreds of emails from people wanting to work with her.

What Kendall found interesting about this was the process in finding the right people to work with in the content and community space. Kendall told Startup Daily that going off someone’s profile or resume is one thing but understanding their voice and tone in communities is another, so they’ve adapted that into CloudPeeps in the form of micro pitches. It’s a bit like a contest model in a freelance marketplace.

Kendall, originally from Melbourne, runs the business from New York with Burroughs. “What’s really fun about this is that not many Australian founders move to the States and find an American co-founder. I met Shala at a Yum Cha event that was run by Silicon Valley Bank. I was sitting next to her. At the time she was working with the Atlantic Media Group and then she went onto to work at Women Innovate accelerator. She was interfacing with me from the investment side and then we became accountability partners, as I was working on The Fetch, growing it and getting plugged into the New York scene (moved to NY in March 2013).”

“As I was growing, she would often hear me out and we built that relationship. Towards the end of last year, late December, we went for a walk through Central Park, and I started telling her about how it’s an exciting time in the market and all of the inspiration, and by the end of the meeting, when I went home, she sent a pitch on why she should be my co-founder and it was great. I set up her email address and we went from there. It was a really lucky time.”

Kendall believes that with a marketplace product or platform, you need two co-founders. She was a solo founder at The Fetch, and says having a co-founder at CloudPeeps has been amazing. While Burroughs focuses on onboarding customers, Kendall focuses on recruiting “peeps”.

Cloudpeeps started taking customers in February and say they been quiet deliberate in how they take on customers. Kendall is a big fan of the Lean Startup approach. The pair are using third-party services and forms to bring all the processes together. “We’ve thought about the customer experience but we’ve been very focused on testing, and testing the market. We have taken 20 customers on board as of June 2014, and we have a pipeline of 350 people that have signed up. It’s invite only until we start to scale more of the product features” says Kendall.

Right now, Cloudpeeps have got three price points and the average price point is the flat pipe plan which is $699 per month, they also have a customised builder plan which is $999 a month. Kendall says whilst they didn’t really quantify the tasks by hours, they did do a rough break down of what it would take to produce the stuff that’s scoped within the plan. That being certain amount of tweets per week, checking calls, (quantified by how long it should take) etc and they calculated what an attractive hourly rate would be for a community manager. They also looked at what results they could get from those actions, and then we came up with the existing pricing structure.

“We want it to be competitive, the pricing structure may change, we are also expanding our price points, and may change as we move out of beta” said Kendall.

Like a lot of marketplace based applications, Cloudpeeps take a percentage of the monthly fee. It’s a flat fee, and ranges between 20 to 30 percent. Considering community managers are not often business development focused, this seems to be a reasonable fee. Especially with Cloudpeeps taking on all the lead generation, legal stuff, platform and experience work etc. Peeps get paid in real time as well, they get paid every two weeks of work that they do. All the peeps are aware of how the pricing structure works and Kendall says they’re happy with the value they get out of it for that price.

Cloudpeeps is completely bootstrapped. Both Kendall and Burroughs have put in $1,500 each, which mostly went to incorporation, web services and logo. It’s been a super lean approach.

The company started generating income from February. Kendall says they are not paying themselves salaries yet, and rather using that money to reinvest into the company.

“I’m a believer in generating revenue from day one. It’s great both the Fetch and CloudPeeps are profitable businesses in their own right, and CloudPeeps could grow as a business without outside capital as well, it would just take a little bit longer” Kendall said.

The current Cloudpeeps website uses Twitter Bootstrap. There are lot of Bootstrap themes that you can edit,  the Cloudpeeps first iteration uses GitHub and cloud platform Heroku. They also use Google Apps and Mailchimp for email. Kendall says they want to instal mixed panel. She says there is a service called Bare Metrics they can use with Stripe (their payment system). Kendall believes it’s important to share the third party stack that they’re using.

It certainly sheds some light for other startup founders looking to test things before hiring a development team and wasting money.

Cloudpeeps, has full intentions of hiring an internal tech team. Kendall says they already have team lined up. Announcements on who will be joining them will be made over the next few months. Cloudpeeps will have a CTO and a full stack engineer post-financing.

In addition to this one of the companies advisors is the founder and CEO of Buffer, Joel Gascoigne. A massive win for the team.

Kendall says their are four active Australian customers and they have a couple of Australian-based peeps working with them. “Because I’m Australian, we’ve been naturally attracted to Australian CloudPeeps. But we’re operating mostly in the states. We do envision rolling out to Australia in next month or two” Kendall says.

CloudPeeps for media organisations is also a strategy Kendall and Burroughs are looking at. They have community managers who have worked at Wired and Forbes signed.

And on being a threat to Community Managers around the world and their current positions?

Kendall says it’s not like when design marketplaces launched, and designers became afraid and threatened, when the design landscape started to change. Cloudpeeps says they thus far what they have found really refreshing is that all the community peeps have really understood what we’re trying to do long term.