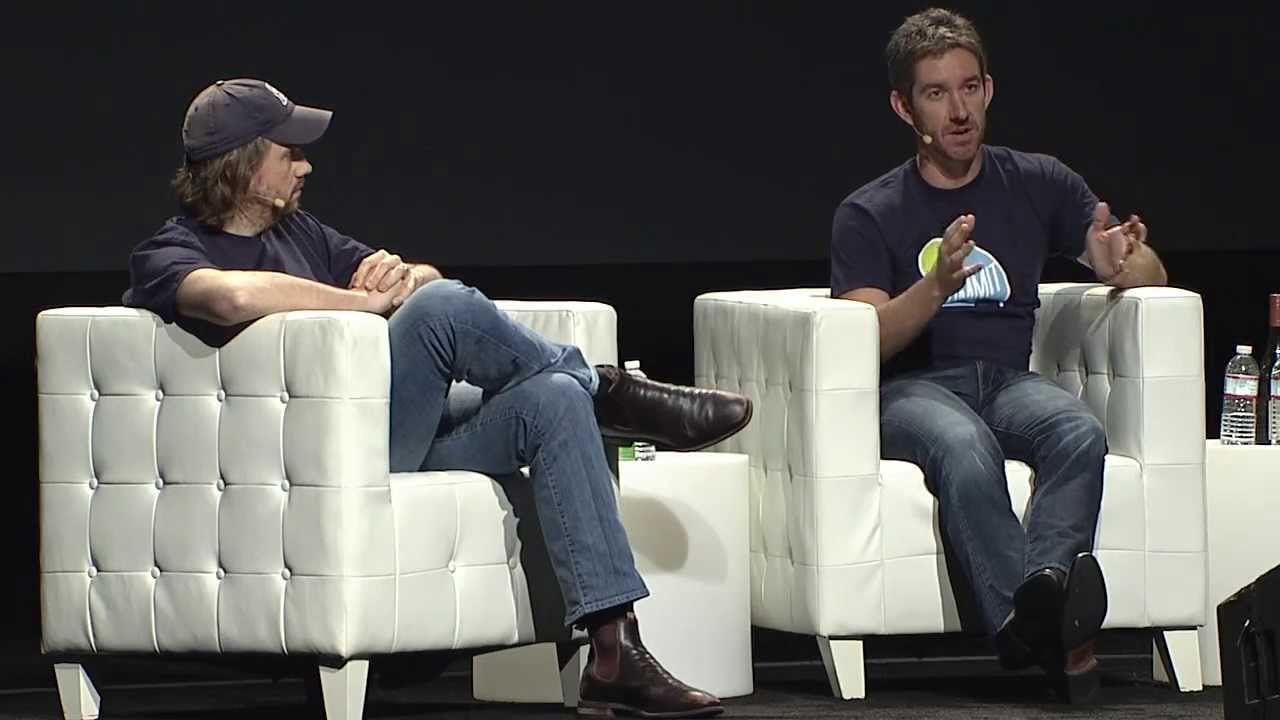 Atlassian chiefs Mike Cannon-Brookes and Scott Farquhar called out Tony Abbott on TV last night on his lack of vision for the technology and innovation industry for Australia. We all applauded (and shared the video around) because we know we need louder voices to unite around our industry. When the video snippet reached me,  I was struck by the image of the Atlassian logo: the primordial Titan holding a celestial sphere on his shoulders.

He is literally holding the world on his back. That’s the way we tend to frame founders in the narrative of the startup – mythological heroes who will fight friend and foe on their fantastical quest, sacrificing everything on the way. We worship them, emulate them and parlay those tales to the next generation. We are creating startups gods; founders are our modern day Hercules, smiting nemeses left and right. But instead of swords and sandals, our heroes fight with iPhones and cotton-blend t-shirts.

This neo-mythology doesn’t bother me. We do need idols; we need models to shape the world around us and tales to make sense of things in uncertain times. That is what ancient myths were created to do. What strikes me as a harmful are the unspoken consequences of this almost religious worship of the startup Atlas.

This was best personified in an article published on Shoe String “10 Confessions from a Serial Internet Entrepreneur” by Fred Shebesta. Let me preface this by saying that Fred is an incredibly successful entrepreneur and he has very generously volunteered his views on what resulted in his success, I’m not disputing any of that. However, I found his “confessions” the epitome of the hero stories we as a community tell ourselves.

Just as ancient Greeks made up Persephone and Perseus to explain how the seasons work and why the gods get angry, we relay these stories in the hope that ours make sense if our journeys are somehow parallel to those we consider mighty and powerful. But on the other hand, it does leave us mere mortals with an incomplete story.

You see, a myth is legend because it’s not part of this world; it grabs the highlights and the lessons it wants to relay and leaves out the mundane, sedate bits out. I would like to inject a bit of humanity back into our venerated Mount Olympus and explore the flip side of the startup confessional below.

1. Working hard is a survival mechanism – working til you bleed equals success.

The first thing to note in order to debunk this myth is that tech entrepreneurs are no different than other entrepreneurs. They just own more iPads. The truth is that while you’re a one-person band, you will have to pull all-nighters and push through. However, once you have a team of more than 3 people, the game changes. You can delegate, prioritise and focus on what you really want to contribute. Don’t work until you bleed; that just makes your life shorter. That’s the opposite of survival.

2. You hardly notice you go to business events more than events in your personal life.

Here’s a thought: maybe you should notice. Having, or at least attempting to have, a personal life is crucial to your success as an entrepreneur. Neglecting your spouse, family, friends and network only makes you emotionally unstable and a nightmare to work with. Leave the office. Go to a movie. Call your mother. Have a smoothie. You will come back to work refreshed and with a clearer mind. Breaks are not for the weak.

3. You are offended by those who work fewer hours than you.

Our startup ecosystem has a 16-hour workday fetish. We idolise the first one in and the last one out. Workplace cultures take shape around martyred over-worked souls. The Yammer feeds on an old workplace of mine were filled with passive-aggressive “updates” on how long each of us was up working and who was the last to leave the office. This is not only toxic for morale but also counterproductive. If you want a healthy team who will go to bat for each other, stop idolising all-nighters. The altar of interminable work days needs no more sacrifices.

4. Nothing gives you a bigger high than a remittance advice.

Money is a good indicator of success, but I also suggest picking a more personal metric to track happiness. How about having solved a real problem for a real person?

5. You’re resigned to the fact you’ll never have a suntan.

Have you thought of taking your computer outside? That’s where we keep the sun and it’s out ALL DAY. Or how about keeping human sleeping habits? If you woke up at 11am from working until 3am, you missed the whole morning. More importantly, you’ve missed the whole morning in the real world where business happens. Who’s taking your sales calls at 2am?

Back to point 4, if you are purely money-driven, the second the money stops coming in you are going to be a pretty sallow kitten. Also, it takes a very long time for a startup to make money, so you’ll need another motivation to keep you going. Especially if you insist on working until 3am.

7. Your ‘brave face’ is the one you wear more than any other.

This is probably what bothers me the most. There is no shame in being vulnerable; that’s what makes us human. A startup founder, or employee, is entitled to their feelings, especially since the startup journey is a highly emotional one. TRying to keep a “brave face” on all the time only distances you from your team and, more importantly, from your personal connections. Let your guard down every now and then.

8. You wish social events would end quickly so you can get back to strategising your idea.

If social events are a burden, you’re doing it wrong. Maybe read a book so you have something compelling to talk about.

9. Your biggest collection is self-help books.

10. Making a profit each year is your greatest possible personal achievement.

What is interesting about this one is that profit is framed as a “personal achievement” rather than a professional one. The concern comes from the fact that we cannot put blinders on and pretend that our startup business is the epicentre of our universe. Lives are lived around us, whether we are looking or not. Let’s look up and participate, even if it’s every once in a while.

Your startup doesn’t live in a vacuum – you are surrounded by people with human needs and emotions. Your journey as a founder will be filled with Herculean challenges to tackle However, let’s leave room for a little weakness and humility in the mix. After all every Achilles has a heel.

Previous article Kogan to give away $1M to anyone who correctly predicts FIFA World Cup results
Next article Was ASIC influenced by a major Bank to target a yet to launch Social Enterprise?
Via Profiles
Tags Australiastartup