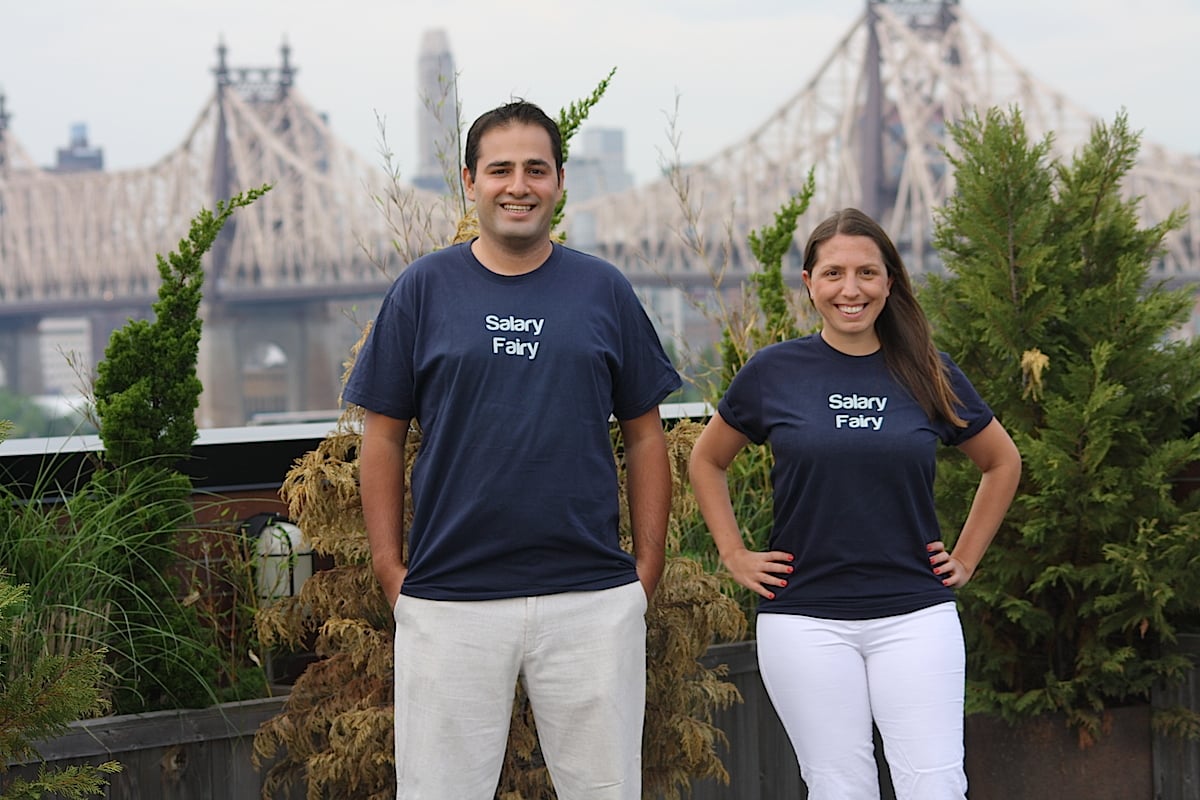 Two US-based entrepreneurs Gozde and Cagri Aksay, who have companies like Microsoft, Morgan Stanley and Two Sigma Investments in their resumes, decided to ditch their corporate careers to demystify the salary taboo and launch a very unique startup – Salary Fairy.

Launched in March this year, Salary Fairy addresses the disconnect between employee qualification and compensation, which leads to many professionals being underpaid.

How does it work? You login to Salary Fairy with your LinkedIn credentials, and the platform builds an anonymous profile by collecting your education, work history and skills as indicated on LinkedIn. Based on this information, other users within a particular location and industry predicts your salary.

The prediction process is gamified. You are presented with profiles of people – akin to being presented with resumes – and based on that information, you predict what their salaries may be. If a user is consistently making predictions with low accuracy, their selections are ignored in the calculations.

Users then get a salary prediction along with a report that contains charts of predictor job titles and locations. This report provides an indication on whether a user’s salary is fair based on their credits.

“Salary is a taboo subject that is not discussed openly … Typically salary is discussed at the start of a job and during annual reviews. It remains as a static figure with no external validation due to its confidential nature,” says Gozde.

“We think that there is great value in knowing the perceived salary figure and keeping that figure as dynamic as the progression of our careers.

“Therefore we wanted to create an open platform where our users learn their value in the job market through crowdsourcing.”

The great thing about Salary Fairy is that it allows people to get predictions from relevant individuals – it could be peers, recruiters, industry executives and possibly even their next employer. This transparency – without violating privacy – facilitates justice in the workforce, especially at a time where the job market is unstable in Australia.

The power of Salary Fairy also extends into the realm of gender and race in the workforce. Despite denials, there is indication that equal work by citizens of different skin tones and genders is not necessarily rewarded with equal pay. It’s smart that Salary Fairy keeps profiles completely anonymous – no name or photo – as this doesn’t influence people’s predictions. The report we end up with will be free from the politics that have seeped into every corner of the global workforce.

Gozde says they are also inviting their users to join their free FairPay program, where they’ll have the opportunity to start a conversation with other employers and recruiters based on salary predictions and expectations.

The FairPay program also includes a fee-based service where recruiters and employers can search for new talent, initiate conversations with candidates, and eventually hire their new employee.

When it came to designing the platform, Gozde says ‘simplicity, ease of use and transparency’ were prime drivers. This is evident in the way they present profile summaries when users predict. The platform was built using Python, Django, MySQL, HTML5, and Javascript on a dedicated Linux virtual server.

Marketing Salary Fairy to employees won’t be too challenging. The recruitment industry is being disrupted from all angles, and audiences are quick to notice the trend.

“We saw a great level of interest in Salary Fairy even before implementing the first steps of our marketing plans,” says Gozde.

“We plan to actively market Salary Fairy to new users and recruiters via advertising, social media, and industry specific forums/events. We also built a referral program for our users to invite their peers and colleagues.”

The biggest challenge for Salary Fairy at the moment is getting employers on board. Given the taboo nature of salaries and how this startup breaks down the secrecy around the topic, it wouldn’t be too far-fetched to assume that employers would be more hesitant.

Nonetheless, over 5,500 people have joined Salary Fairy in less than two months following its launch – all by word of mouth. Thus far, around 75,000 salary predictions have been made, and the team has also observed a conversion rate of 28 percent.

For the Salary Fairy team, 2014 is all about user and customer acquisition. By the end of the year they would like to see employers recruit new staff through the platform. Once the startup matures, Gozde and Cagri are open to the prospect of raising funds.

More information on Salary Fairy is available via www.salaryfairy.com.

Previous article Was ASIC influenced by a major Bank to target a yet to launch Social Enterprise?
Next article Is VC fair capitalism?
Via Profiles
Tags recruitmentSalary Fairystartup