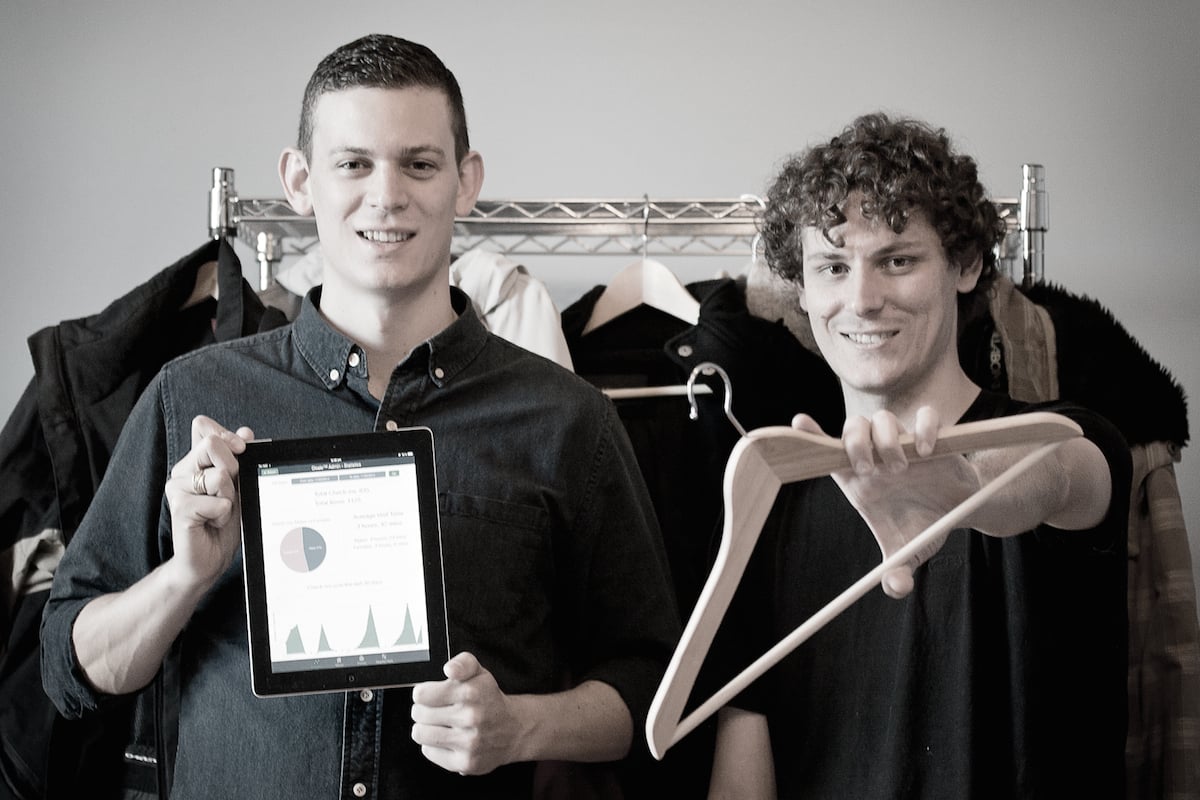 As Winter nears, a problem re-emerges – cloakrooms. Keeping coats and other articles of clothing in check can be a nightmare for venues. Worse yet, things can get lost and customers may never reunite with their belongings. Launched in January, bootstrapped startup, Cloakr, has already attracted investment and acquisition offers for providing a complete cloakroom management system, finally bringing order to long-standing chaos.

Alleviating a major pain-point, Cloakr provide an efficient and secure cloaking facility whilst allowing venues to become more personal with their customers. It turns the cloakroom from a hassle into a business intelligence and marketing asset.

“Until Cloakr, ticket stubs and paper records still controlled what went in and out of cloakrooms. The traditional manual system is easily broken should someone lose their ticket and it is currently one of the areas in venues that offers a poor customer experience and is perceived as driving no real value for the business. Coupling this with the ongoing need for venues to obtain a stream of fresh customer data, the idea of a cloakroom app was born,” says Dominic Goldsworthy, Co-Founder of Cloakr.

“[Cloakr is the] first real solution that brings the technology of today to bear on a very outdated manual system. It solves a problem almost no one knew they had.”

The Cloakr system involves two devices: an iPad and a receipt printer. Customers check in with the iPad and the system automatically prints receipts specifying their tag number, name, mobile phone number and check-in time. The customers’ contact information is then stored in the system for the venue to use for marketing, promotional and customer behaviour tracking purposes.

The system, which was tested in one of Sydney’s largest and highest traffic nightclubs, The Ivy, is able to check a person in, in less than 30 seconds if they’ve never used it before and even faster if they’re a returning user. Brothers Dominic and Raphael Goldsworthy, the brains behind the startup, are currently working on away to speed up the process further for peak periods.

Dominic admits entrepreneurship runs in his family, so starting a business was a natural next step in his career.

“My father has successfully run his own business since before I was born and imparted the value of being entrepreneurial and starting my own business early on. With that in mind I had been working as a freelance photographer and DJ/promoter in the nightlife industry for close to five years trying to make my own way. From my regular work in clubs and other venues I observed the cloakroom was a major problem for many and is widely viewed as a hassle rather than an opportunity,” he says.

With financial help from family and friends, the Goldsworthy brothers were able to setup the business without chasing capital. Dominic says that although they’ve had one acquisition and one investment offer already, and are open to the prospect of raising funds at a later stage, right now their priority is to grow the business organically.

When it came to development, Dominic knew he needed to test his hypothesis before developing the technology to establish a product-market fit. To confirm that a software-based cloakroom management system would be better than the traditional system, Dominic ran a weeklong test at a Melbourne nightclub. The test involved putting customer details into an excel spreadsheet on a laptop instead of using paper tickets.

“While this was still rudimentary and presented its own set of issues, it provided confirmation that developing a digital system to specifically solve the problem would be worthwhile,” says Dominic.

Admitting he’s not a technical person, Dominic met with a number of freelance developers as well as software development companies to help bring his vision to life.

“I was quoted exorbitant figures for development as soon as I said “app”. Most quotes were far higher than what I felt was reasonable and I didn’t feel comfortable with the people I was meeting. I needed someone who was able to connect with and build my vision, plus have time for my pedantic personality,” says Dominic.

“Many friends suggested outsourcing the coding through online platforms in order to source cheap overseas developers, but I believe in supporting local talent. Additionally, while it would have been a cheaper route initially, in the long run it would have caused as a lot more problems and taken a lot longer to build.”

Eventually, the right person turned out to be a connection suggested by Raphael. Following a casual yet serendipitous meeting, the two started refining the vision.

“With a coding team of 2 (now 5) based in Collingwood, ‘inoutput’ directed by Chris Rickard was also in startup phase at the time. We set aside a full day of planning to hash out everything in my head and boil it down to a minimum viable product. Chris’ knowledge, expertise and problem solving abilities astounded me and proved very important in helping to make my simple solution even more simple and elegant,” says Dominic.

The business model is fairly simple – currently an SaaS with a tiered pricing structure. Although the product is applicable to any venue with a cloakroom or need of a cloakroom, in its initial stages Cloakr will be focusing on nightclubs and music festivals.

“Since I had worked closely with many (nightclub) venues in Melbourne, the connections made working in the industry week in and out has certainly proved valuable today,” says Dominic.

“After proving the product in the nightclub market Cloakr has started to branch into the sister industry – music festivals. There is then sporting stadiums/arena/events, the conference space, theatres, museums and galleries. We have already secured a deal to have Cloakr running the cloakroom at a large business conference in Adelaide later this year.”

“That moment confirmed that all the time and effort spent trying to change an outdated method had been worth it, and that people were prepared to trust us with their customers experience in the cloakroom. It helped solidify my determination and belief the company and our product,” he says.

Second to that is having a prestigious Sydney venue – The Ivy – becoming an early adopter.

“It’s been a real honour to work with them so closely. I went out on a limb with a not quite ready product and their willingness as an early adaptor helped guide it in the right direction,” says Dominic.

Despite the early successes of Cloakr, Dominic admits it’s been hugely challenging. There were days when he was ready to give up, a feeling that’s common among founders. He credits his early success to cold calling.

“[This] is a really tough way to get customers – but really the only way when you are building from the ground up. The rejection is far more personal when it’s your product and your business, something that you have poured your blood, sweat and tears into,” he says.

And one of the biggest challenges that come with disrupting an industry is overturning scepticism and opening people’s minds up to new technologies and methods of operating.

“[G]etting them to trust new technology and buy into my vision for the future of cloakrooms around the world [was also a challenge],” says Dominic.

Having come a long way in a short period of time, Dominic and Raphael have no intentions on slowing down.

“Our primary goal this year is to establish a strong client base and brand presence on Australia’s eastern seaboard; Melbourne, Sydney, Brisbane, Gold Coast Canberra. We are already over half way toward our first set of quarterly goals and the pace is rapidly picking up,” says Dominic.

Previous article Hijup is the Showpo of fast online Muslim fashion
Next article ‘If you can’t see it, you can’t be it’: Female founders crushing stereotypes
Via Profiles
Tags AustraliaCloakrcloakroomMelbournenightlifestartupSydney