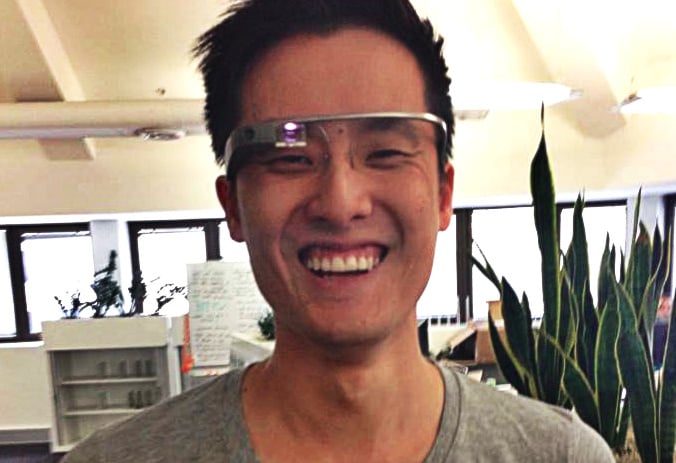 Outsourcing startup Airtasker is currently experimenting with Google Glass in an effort to take outsourcing to the next level.

Since its inception in February 2012, Airtasker has championed the ‘task economy’ by connecting businesses and individuals seeking help with everyday tasks and errands with those who’d like to earn extra cash easily. Users are able to tap into a hyperlocal network of skills, abilities and experience to get tasks such as office administration, dry-cleaning, deliveries and everything in between, done and dusted.

Today, Airtasker announced its plan to expand into the Google Glass realm. Co-Founder of Airtasker, Tim Fung, believes wearable technologies are the next frontier for consumer devices, and so he is conscious of keeping up-to-pace with emerging trends.

A 2013 study titled ‘The Human Cloud: Wearable Technology from Novelty to Productivity’ commissioned by Rackspace revealed that 35 percent of Australians have used wearable technology such as health and fitness monitors, smart glasses, watches, clothing, or cameras, ahead of 18 percent in the UK and US; and 64 percent of these believe these cloud-powered devices have enhanced their lives.

It is no mystery that the consumer landscape is constantly evolving, putting pressure on businesses to innovate quickly.

“We’re constantly thinking about what’s going to disrupt us next. We’re nervous entrepreneurs. We are always looking for the new frontier; and for us, that has been Google Glass and wearable technology. We’re also looking into drones and robotics because it’s very likely that jobs like deliveries and photography will be done by robots in the future,” says Fung.

So how will the Airtasker Google Glass app work? Aside from the ease of posting a job on Airtasker by merely speaking to the Google Glass, there are two elements to the app that are particularly interesting. Firstly, trust and safety will be an important guiding principle for the engineers at Airtasker.

For instance, a user may hire someone who is verified on the Airtasker platform, but a different person shows up to their house. In such a scenario, the user will be able to match the person standing at their door with the one they hired on Airtasker, using the app’s facial recognition feature. The Google Glass app will be able to detect who’s legitimate by matching their facial features to the ‘runners’ on Airtasker’s database.

The other purpose of the Airtasker Google Glass app is to drastically reduce the time it takes to get jobs done. Fung says that currently, 93 percent of jobs on Airtasker are completed within one working day. With the app, they are hoping to cut that down to a meagre 5 or 10 minutes. They’ve built a job feed into the Google Glass app, so when workers are within the locality of a task, the app will be able to recognise that via GPS, and feed that person relevant jobs so they can pick it up very quickly.

Fung paints the following scenario: “You’re on your way to work. A delivery company calls you up and says you need someone to be at home between 1pm and 5pm this afternoon because they will be delivering your parcel. You say, ‘I can’t do that because I’m on my way to work.’ But on your way to work you can post a job via the Google Glass app and have someone wait outside your home to pick up the delivery.”

Fung is cognisant of the fact that Google Glass is yet to saturate the market, but is confident that the technology will become a part of our everyday lives in the future. But would Gen Y really want to be seen in public wearing a Google Glass? Is it cool enough for a self-conscious, fashion-forward generation? Fung points out that what we’re seeing is only the first version of the technology. Version 2 will be better, followed by Version 3 and so on.

“By that standard Google Glass looks okay, it’s not bad for the first iteration. It probably doesn’t look as cool as it could, but hold your breath for Version 2.”

What about the privacy issues around Google Glass? Fung admits he finds the video recording functionality “a bit creepy”,  but upon further reflection, feels it’s not so different to smartphone cameras.

Airtasker plans on releasing the Google Glass app within the next 6 to 12 months. Fung says that at the moment, they are focusing on user experience, bringing as much ease as possible to the process of posting and accepting jobs, as well as identity verification.

Previous article New social network for backpackers Backpackr gets investors drooling
Next article We just got access to 145 million eBay records. You can too for AUD$817.00 worth of Bitcoin.
Via Profiles
Tags AirtaskerAustraliaGoogle GlassstartupSydney