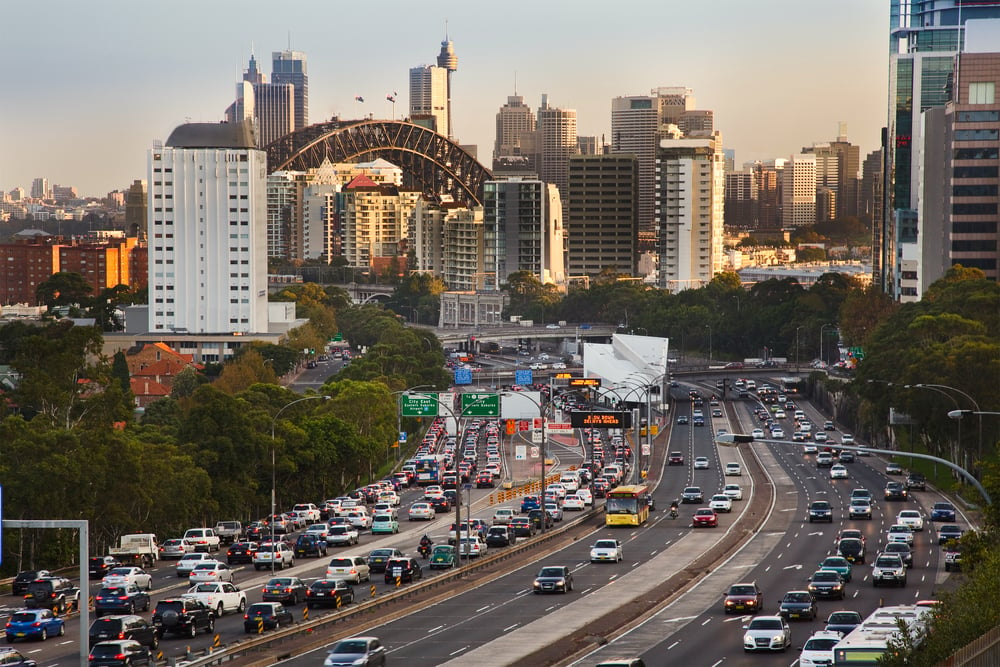 Ride-sharing services are rising in popularity across Australia, and a number of startups are out to take a slice of that market including Backseat, RideSurfing, Catchalift, WeShareLift and CoSeats. The latest startup to make its debut is LifeSocial Carpooling, founded by Sydney-based entrepreneur Dan Skill.

There are a number of reasons why ride-sharing is considered a better alternatives to taxis, the most obvious being reduced costs. Connecting drivers and passengers on a web-based application, LifeSocial Carpooling can be used for the daily commute into work, or for longer road trips across Australia. The application is targeting a broad market – from university students and backpackers to just about anyone needing a lift.

Skill is cognisant of the fact that there are a number of players in the ride-sharing market, but feels LifeSocial Carpooling would be valuable addition.

“I was inspired to start LifeSocial Carpooling after traveling and having to rely on Taxi services and other public transport methods. I realised just how expensive Taxi’s really are, buses and trains didn’t go near the required destinations and did not have the convenience and flexibility of being able to cart larger amounts of luggage,” Skill says.

“In prior years I had been a road warrior, driving some serious km/s between Sydney, Canberra and Wollongong, almost every car I passed was a single occupant vehicle. This I questioned, as it would seem most of these vehicles were actually going in a similar direction.”

How does LifeSocial Carpooling work? By using the site’s search function, users can find people within the closest radius to an address or someone that is traveling to a similar destination.

Once a suitable travel companion is found, users of the site can connect with each other to negotiate the fares on their own terms. For the safety of the users of LifeSocial Carpooling, the site also has an optional Police Verification Check.

Users of the site will have full access to the “My Trip Centre” feature that allows trips to be managed from start to finish. Trips will appear on the “events” calendar, which can be exported to Outlook and Gmail calendars.

Despite objections communicated towards UBER’s ride-sharing service by the NSW Taxi Council and Victorian Taxi Commission, which caused a stir across the Australian media and startup scene, Skill believes LifeSocial Carpooling abides by the law and will be unaffected.

On the site’s blog section, Skill writes that UBER is “a bit out of line in offering services that are not within our laws, and to think Ms Berejiklian from UBER seemed to concede there was no problem unless Uber called itself a ‘taxi service’.”

“If a man walks into a supermarket and puts shavers in his pocket and walks out and the man does not call it stealing but considers it borrowing, when the man left the store was the item stolen or borrowed?

“The act of what went on was stealing, despite the man calling it borrowing. The reality for UBER is that they are effectively running a Taxi service and probably don’t know it, or at least have not acknowledged it.

“But I agree the Taxi Industry do need a shake up and wake up. They cannot go crying to the Government everytime competition and choice comes along giving the consumer the upper hand.”

Skill assures Shoe String that there are differences between UBER and LifeSocial Carpooling – namely that LifeSocial’s “drivers do not profit from taking lifts, however are allowed to recover costs that incur from the trip.”

According to Skill, both parties are open to negotiation on the reimbursement costs and LifeSocial Carpooling does not take a profit from each trip.

“This is legal and allowed under NSW State law as this is cost-sharing and a carpooling arrangement, not profiting and running bob’s taxi service. There remains a fine line between cost sharing and profiting, and I think people need to do the right thing here,” he adds.

He believes it’s “a risk worth taking, as change is needed”.

“Not only to help reduce cars on the road, and to be kinder to the environment, but we as human beings are far more capable of achieving better things working and sharing in a collaborative manner,” Skill says.

“We are happy to work with Taxi councils, however I can only hope that the push for ride-sharing services means that the Taxi councils will appropriately review fares and charges as they are currently out of hand. Consumers are being ripped off blind on EFTPOS and Credit Card Surcharges where up to 8% of the surcharge may end up in the Taxi driver’s pocket.

Despite the current uncertainty around ride-sharing applications, Skill is confident that the government and taxi councils will resolve the issue or at least clarify any legal ambiguities.

“I firmly believe the situation between Government, Taxi councils and ride-sharing applications will eventually be resolved where the outcome will be that ride-sharing applications will be regulated by state government and will operate in coexistence to the Taxi service of today. I see that there will be more of an emphasis on consumers paying through the apps as a way of accounting for revenue and tax collection.”

LifeSocial Carpooling has been bootstrapped to date, which Skill admits has been a challenge. Nevertheless, he takes pride in the fact that people are already using the site whilst in beta. What surprises him in particular is the fact that Skill’s mum, who “is not very technical” was able to use the site and successfully complete her first carpool.

“We currently have a drive to get more people on board the service and increase the amount of consumers utilising the service more frequently,” says Skill.

The startup will be opening up part of their database through an API for other developers and will also be introducing a new feature called Teams, which will allow employees of an organisation to connect and share rides amongst the Team.