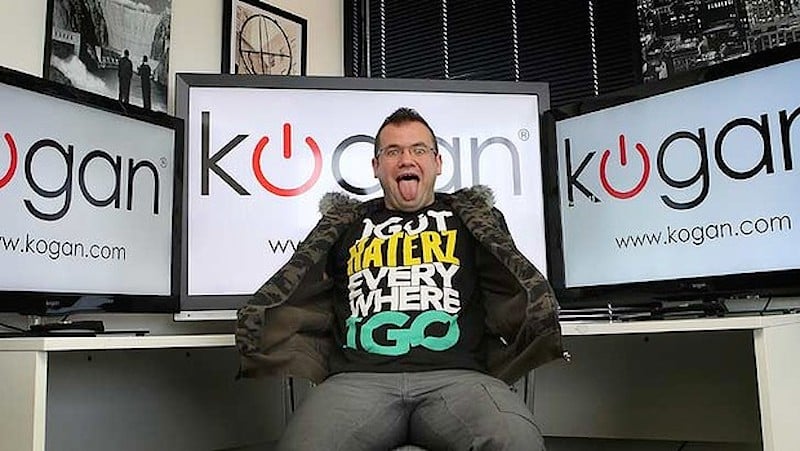 If you’re seeking funding for your startup AND you’re a hardcore footy fan, Kogan’s latest competition (slash marketing campaign) may be of interest. The ecommerce giant is giving away $1 million dollars in cold, hard cash to anyone who correctly predicts the results of the 2014 FIFA World Cup.

Guess 48 games correctly and you’re a million bucks richer – well, minus the taxes, most of which will likely be spent by the Abbott government on initiatives that aren’t compelling business-wise. (See ‘Abbott government to hand over $1b for East West Link stage two despite lack of business case’ via SMH).

Nevertheless, startups could do with a money boost – be it minuscule or massive! Entry to Kogan’s Brazilian Million competition is free for everyone, with a limit of one entry per person. In addition to the grand prize, Kogan.com will also give the top five ranked entrants a $500 gift voucher and the next 50 will receive a $50 gift voucher.

Ruslan Kogan, Founder of Kogan.com, claims to be a massive sports fan and this initiative serves to encourage more Australians to get involved in the World Cup. He also candidly admits that this is a marketing strategy for the business.

“There’s no doubt that it’s going to be very hard to pick all of the results correctly. That’s why there’s such a massive prize of $1 million to anyone who can pull it off,” Kogan said in a media release.

“Of course we also stand to benefit from the competition. Massive sporting events are a huge driver of TV sales – if we can help build Aussie engagement around the World Cup and get more of Australia behind the Socceroos, then it’s a win-win for everyone.”

To enter the competition, people will need to provide their names and emails. One thing Kogan.com is excellent at is email marketing. Once you enter the competition, expect to get regular emails (on the verge of being spammy) from the ecommerce giant – most of which will frustrate you, until you check out some of the products featured in the email. You’ll be close to unsubscribing, but will likely change your mind, after you discover the killer deals they have to offer.

The Brazilian Million competition is limited to one million entrants – and is open to residents of Australia, New Zealand and England. That’s around $1 dollar for each email address (excluding the runner-up prizes), some of which will be wasted on existing subscribers, but is still a great deal. Then again, there may be zero winners, so essentially Kogan would be paying zilch.

I’d say this is an excellent marketing campaign that aligns with the company’s values and leverages the hype around the FIFA World Cup. It will probably sell a shit load of TVs! One thing startups can learn from Kogan is how to market cleverly, because they don’t just spread awareness, they actually sell.

Kogan.com Brazilian Million competition is now open with the final guesses due in at 11:59pm AEST June 11. More information is available via www.brazilianmillion.com.