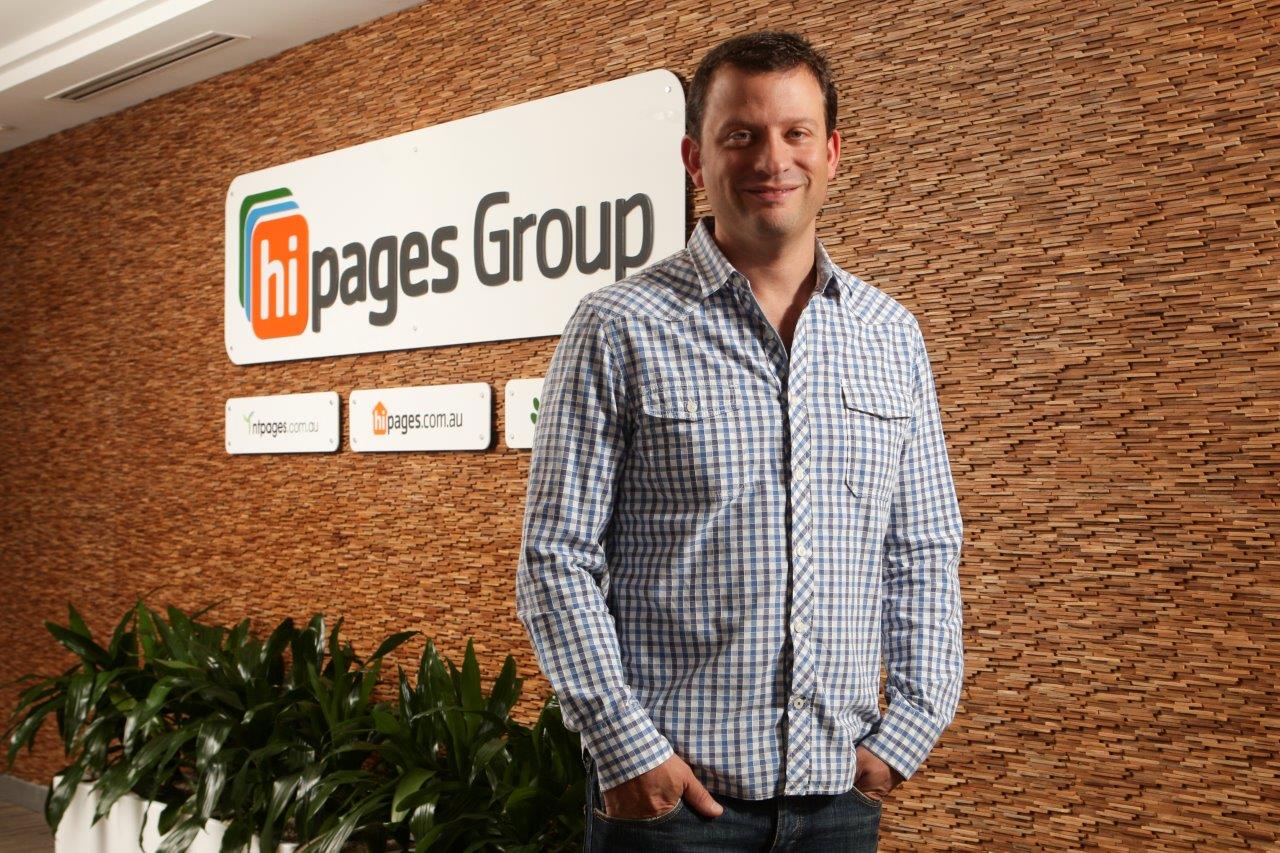 The philosophy “never stop innovating” has been integral to the success of hipages Group, a 10-year-old company that’s brought on successors like Oneflare and ServiceCrowd. The company recently appointed Chris Iona from Bigcommerce as VP of Engineering, after bringing on Dino Talic from Freelancer as VP of Product last year.

hipages Group owns a string of online directories including Pet Pages, Natural Therapy Pages (ntpages) and its most successful Home Improvement Pages (hipages), which acts as a ‘match-maker’ between consumers and tradies. hipages claims to be the dominant player in Australia’s home improvement market, attracting a thousand customers daily, and one job every 64 seconds, and carrying through with 40,000 jobs every month.

Conceived in 2004 in a proverbial Surry Hills garage by co-founders David Vitek and Roby Sharon-Zipser, hipages Group has reinvented paper-based directories for the digital age.

“We started off focusing on natural therapies, but quickly recognised the potential in home improvements. The size of the industry and the number of pain points experienced by tradies is why we got excited about home improvements. It’s a long-standing problem tradies face – connecting with consumers,” says Vitek, who’s worked as an engineer at IBM and Israeli startup Report Control.

“Traders don’t love their paperwork. It gets very complicated for them, so we thought it would be a very good industry to break into. There are lots of problems that would keep us busy for a long time.”

Growing from a two-man company to 86 staff in the past decade, hipages Group currently delivers $15 million in annual revenue, growing at 30 percent every year. But the company does not rest on its laurels. The team at hipages Group is constantly innovating to ensure they have the best technology and customer service strategy.

In an exclusive interview with Shoe String, Vitek says that the company’s key point-of-differentiation lies in the way it combines modern technology with good old-fashioned customer service.

“A lot of our successors simply connect people. We stay with the consumer throughout their journey from posting a job to having it completed by a local tradie. We have like a dedicated team of about 14 people who help them throughout the entire process. If they have any concerns, we’ll address it immediately,” he says.

When it comes to technology, a big challenge for hipages Group is that they have over 1,100 service categories across more than 3,000 postcodes in Australia, producing over 3.3 million combinations. A regular cron job simply can’t handle data of this scale. When a job is submitted via the site, it needs to be matched against over 40,000 tradies in the database.

Over the past few months, hipages Group’s cron job has been engineered to execute demands at specific dates and times to a huge scale, depending on consumer demand and tradie availability.

Vitek says they send about 3.5 million SMS’s every month to tradies, because they are more receptive to SMS notifications than emails. The first three that reply ‘yes’ to a job will be connected to the consumer, a process that takes about seven minutes. If consumers aren’t happy with the first three quotes, then hipages connects them to the next three.

“There is a lot of technical sophistication in that process because at any point in time we have tons of messages going out and tons of messages coming in,” says Vitek.
More interesting than the volume of messages is their data collection and interpretation capabilities. In fact, hipages Group recently hired a data scientist, Eugene Van den Bulke, so that the company can leverage off their own data.

“People have been paying for data for years. It’s not a new concept. But the level of sophistication that you can get from data now is getting quite interesting. We’ve been looking closely at behaviour, analysing how tradies are trading, how consumers use the site. The kind of insight we get allows us to implement more meaningful functionality based on that data,” says Vitek.

“For example, recently we were trying to identify some patterns of how tradies were engaging with the platform … We found that one particular person was engaging the platform for one week every six weeks. After that one week, they got quiet for four to six weeks. We thought something was wrong, so we called to find out what happened. He told us that he got six weeks worth of jobs from engaging the platform for one week. It kept him busy, and once he finished the jobs, he came back for more leads.”

Tradies are known for being sceptical. They’re often hesitant about adopting new technology or involving any third parties into the business. Vitek says he learnt very early on the importance of understanding the market and building trust.

“I spoke to a tradesperson back in 2004, and he was asking a lot of questions. At the time, yearly membership was under $100, so I found it strange he was asking so many questions. … He said to me, ‘Listen, I am not going to pay you a dollar if I don’t think you are going to do what you’re saying you’ll do. And I will pay you $10,000 if I know you will do what you say you are going to do.’ The lesson there was that we needed to demonstrate to the market that we would deliver on our promise and work hard for their money,” says Vitek.

Given their scalability in Australia, it is easy to assume hipages Group would want to expand into international markets. But aside from New Zealand and the UK, establishing a presence in larger markets like the US is not a high priority.

“The truth is the Australian market on its own for the sector we are in is huge. The size of home improvements is similar to recruitment, real estate and the automotive industry. We believe we can build a meaningful company locally,” says Vitek.

“We want to finish what we are doing here before considering expansion.”

The plan for hipages Group this year is to continue in their growth through product innovation, not necessarily marketing – a sentiment that has been echoed by the founders of Campaign Monitor.

“We recognised early on that our growth was going to come from our product. There is a big debate around spending more on marketing to grow your product. But in an IT space there are a lot of misconceptions around this. Businesses need to recognise that they can grow through building great products, and that requires a great team,” says Vitek.

More information on hipages Group is available via www.hipagesgroup.com.au.