Hijup is the Showpo of fast online Muslim fashion 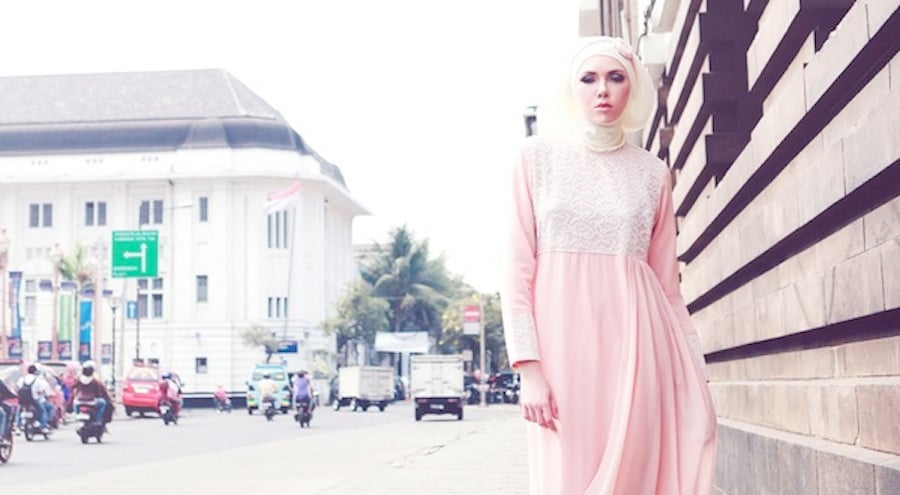 While it may seem odd to compare the operations of Australian fashion force Showpo to that of Islamic-focused fashion site Hijup, when you look beyond the obvious you start to see a distinct set of methods both founders have employed since the beginning that have authentically connected their brands with their audience and set them on the path to becoming multimillion dollar operations in just a couple of years.

I have previously written about the success Showpo founder Jane Lu has had with online fast fashion and the role that Facebook and Instagram have played in allowing her business offering to go viral. In terms of month on month growth Lu now heads up one of the fastest growing online retailers in Australia.

It was last week that I came across Hijup.com whilst walking around looking at all the latest startups to come out of Asia. It was actually buzz coming from a group of investors who were trying to lock down a meeting with Hijup founder Diajeng Lestari when I first heard the name and went over to investigate what they were talking about.

Lestari started Hijup with a simple dream – to make Indonesian fashion products available globally. Starting off with Indonesia, one of the countries with the largest Muslim populations in the world, Hijup has been concentrating on building market share amongst the approximate 202 million Islamic locals before expanding her brand overseas.

In much the same way as Lu has, Lestari has built a huge fan base and a network of repeat customers off the back of social media. Whilst strong on Facebook, her engagement isn’t quite up to par with Showpo or Stylerunner – but the Hijup YouTube account is another story.

Lestari is a master at telling the story of her brand through videos. Whether it is a ‘how to style’ fashion tutorial, a famous Islamic model or customers sharing their tips and fashion trends, there is something for everyone. The medium of YouTube far outweighs the other social networks in assisting to build the brand, which I find quite interesting. I highly suspect it has everything to do with culture – video is much bigger in Asia than Australia at the moment. Hijup’s YouTube channel has just under 14 million views making it the countries 12th most successful business on the platform.

This year Hijup is looking beyond the borders of Indonesia expanding to other countries such as Malaysia that also have strong Islamic communities. They will also be shipping to Australia and many other countries around the world as the younger generation of Muslim women vote for brighter, more diverse clothing options with their hard earned cash online.

Hijup is just one of Asia’s fast growing startups in the ecommerce sector. Currently ecommerce stores in Asia bring in over half a trillion dollars in revenue. That is set to increase dramatically by the year 2020.

Lestari has built herself a standout business amongst a lot of noise; and while we might not hear the name Hijup throughout mainstream tech and fashion media too often, it’s definitely one that I would be watching closely as a fellow founder.