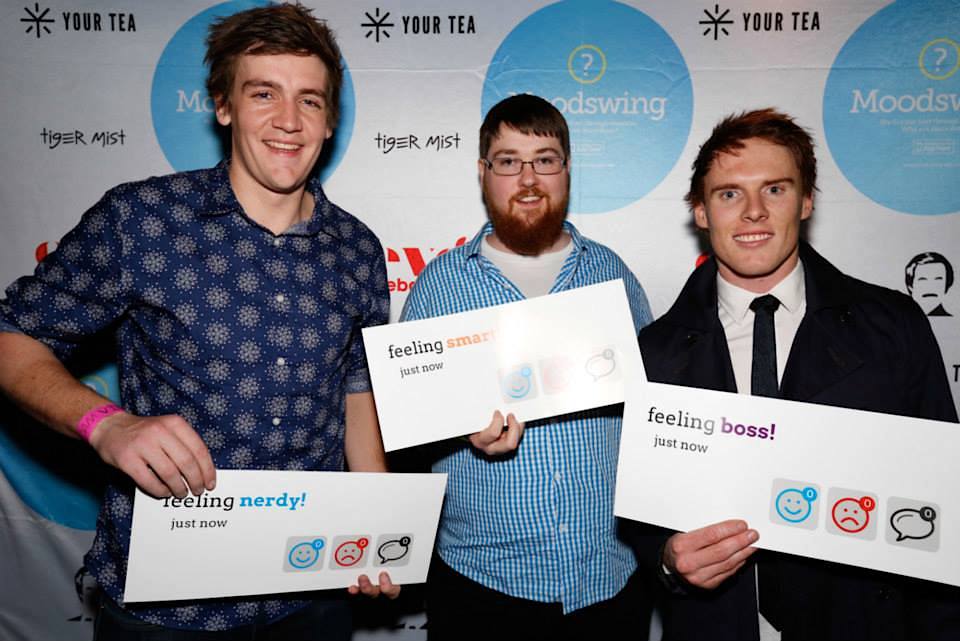 In August last year, Moodswing launched as a quirky empathy-based social network – a platform where users didn’t have to conform to social mores and hide their emotions behind a culturally-acceptable masquerade. But yesterday, the startup announced a pivot – motivated by over 5,000 ‘sad’, ‘depressed’ and ‘suicidal’ moods posted by its users over the past few months. Moodswing is set to become an emotional well-being app and has kickstarted its crowdfunding campaign on Pozible to make that happen.

If you were feeling depressed, how comfortable would you be admitting it on Facebook or Twitter, or even to the co-worker you see everyday? Comments like ‘stop being a drama queen’, ‘toughen up’, or ‘cheer up’ are examples of responses you’d get – if any at all. We live in a culture that encourages suppression of negative emotions. And bottling up such emotions have mental health costs, but the reason we do it is to avoid conﬂict, disapproval and social ridicule.

When Moodswing launched last year, the user uptake was phenomenal. Consistently for four months, there were over 20,000 active users engaging the application – proving the need for an empathy-focused social network. Users were diverse, coming from all over the world.

But this number started to decline, currently sitting at approximately 4,000 active users. Jake McKeon, Founder of Moodswing and Operations Director, speculates that people were initially drawn to the novelty of a new social network, but slowly reverted to their usual Facebook and Twitter accounts for daily interactions.

The number that’s left is still large, given the startup is very much in its infancy. McKeon says the community is “more tightly packed and supportive of each other”. But what he has noticed is that many of the remaining users are using the app less socially and more to communicate negative feelings. In addition to 5,000+ negative moods, an additional 2,000 were ‘anxious’ or something else with captions suggesting depressive or suicidal thoughts.

This prompted the Moodswing team to act. As McKeon explains, “We needed to think about how we can actually help these people, otherwise we’re leaving them in a vulnerable state. We needed to find a way to provide an automated experience, so it’s not leaving it to someone physically asking them if they’re okay.”

With automation in mind, McKeon and the team decided functionalities needed to be added to the application. For instance, when a user posts a negative mood like ‘depressed’ or ‘suicidal’, a notification will instantly pop up asking them whether they’d like talk to someone about it. If they select yes, they will be matched with a trained active listener. The service will function similarly to e-chats or Instant Messaging; and the user will have the option to remain anonymous.

The reason why Moodswing has launched its crowdfunding is to raise the funds needed to implement new functionalities into the app. The team will also need to encourage qualified people to become listeners. McKeon says they will be going to universities and other organisations to encourage psychology students, social workers and counsellors to volunteer their time.

The ‘listener’ initiative will be their first priority. After that, they plan on introducing a functionality where users will be referred to relevant, uplifting internet content based on their moods. It could be an inspiration story, article, quote, music or video.

“Our first goal is to help people, then we’ll think about monetisation. That’s why we’ve come back to the community to help us reach our $50,000 target,” says McKeon.

Although there are obvious synergies, Moodswing has not partnered with mental health organisations like Headspace. McKeon explains that this is because these organisations are largely funded by the government, and their priority is to help Australians suffering from mental health-related issues. This does not align with Moodswing which is a global app, with 35 percent Australian users.

The other reason, McKeon says is that they want to be an alternative to current support mechanisms.

“Some of the mental health chatlines or helplines are oversubscribed as it is. There are people already waiting 40 to 50 minutes to speak to someone about how they’re feeling. And if we were to refer our users to them, it’s only going to delay that further. We feel that we are better off being an alternative so that everyone can get as much support as they need as quickly as possible,” he says.

McKeon’s biggest realisation to date has been the power Moodswing has to make a significant difference in someone’s life – whether they’re trapped in a dark moment or trying to divert from an emotionally harrowing life journey.

In the video above, McKeon shares the case study ‘Lucy’ – a Moodswing user who posted ‘suicidal’ as her mood. McKeon received an alert on his phone about Lucy’s mood, and he was compelled to help her straight away. He referred Lucy to a number of mental health support services, which she didn’t like. But McKeon finally found an online forum that Lucy found helpful in her darkest days.

“We were able to lift her spirits and get her in a positive frame of mind, which was very rewarding for me,” says McKeon.

“At first we thought mental health will be complementary to the social side of Moodswing. But after monitoring user activity, we realised there’s definitely a need for Moodswing in the mental health space.”

For more information visit moodswing-app.com. You can also back the campaign on Pozible.