The death of Uber is coming, if NSW Taxi Council get their way 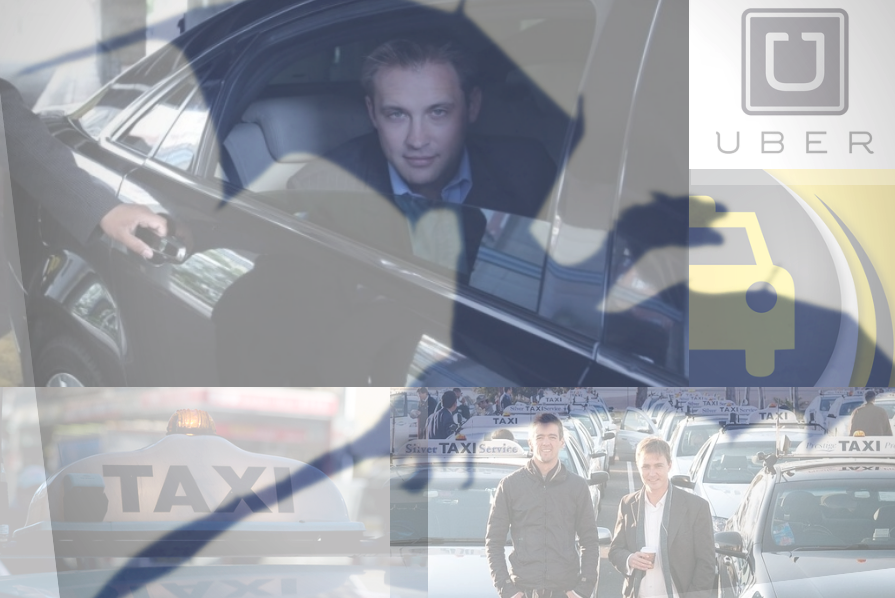 If I had to make an observation about Gen Y as innovators, it would be that we don’t seek permission to change an industry – we just go in, wreak havoc and then apologise later. In most cases, competitors need to react quickly and some do; but in a free market, the team with the best strategy that executes quickly wins.

In a regulated market, however, the ball game is different – especially when the ‘power players’ in that market have long standing recurring revenues that require almost zero output and make some pretty decent donations to both sides of politics. Not that the latter suggests either side of government in our states would be influenced by these people – but let’s call a spade a spade. If I am giving you money to win an election, the minimum expectation would be you are going to take my meetings and let me voice my concerns.

Before we dissect the war NSW Taxi Council are waging on UBER and ride-sharing in general, let’s cast our mind back to June 2011 when GoCatch first entered the market.

To say the NSW Taxi Council threw a tantrum would be somewhat of an understatement. If the media spin was to be believed, GoCatch was possibly one of the most evil creations of all time that threatened the safety of passengers.

In fact, the only thing the GoCatch application has ever threatened is traditional booking systems of the taxi industry. In other areas such as passenger safety, they were adding further layers of protection that never existed at the time, such as customers getting names and phone numbers of the cab driver prior to being collected and real-time tracking of your cab as it approached you.

The Taxi Council even went as far as running a counter campaign against using ‘booking apps’ to get a taxi. I mean who could forget the Crime Stoppers debacle that was uncovered by Asher Moses where hundreds of cabs in Sydney had signage up telling passengers to only use ‘Crime Stoppers Approved’ apps to book their ride home.

The campaign that was ran on cabs in Sydney | image: SMH

This ended up showing exactly what the leading players in NSW Taxi’s peak body were willing to do in order to protect their own poker chips. In turn, this ended up with the ACCC looking into the situation.

When it comes to UBER however, we are not just talking about disrupting a portion of revenue from a few key players, we are talking about changing the way communities view transport and travel all together in their city. This presents a massive risk to the taxi industry as the easy money (approximately $2 billion) is in the ownership and leasing of plates.

In the Economic and Social contribution of the NSW taxi industry report prepared by Deloitte, it shows that one of the biggest lessors of plates earning around 20 million in revenues is the NSW Government. Whilst this would seem a logical reason to maybe side with the NSW Taxi Council and regulate the world of ride sharing, I suspect a particular ICAC enquiry that has already claimed the professional lives of a Premier and State Minister would mean that they will be steering clear of shady dealings for the foreseeable future.

Actually if NSW Transport Minister, Gladys Berejiklian, is to be understood correctly, as reported by Tasnuva Bindi last week, her recent conversations with Ben Fordham on 2GB suggest the Government may be formally stepping back from this fight at the moment.

Berejiklian’s commentary around the matter (4.20) is completely incongruent with the press release put out by NSW Taxi Council last week, that practically stated UBER was banned from operating in NSW.

Given the fact that NSW Taxi Council don’t exactly have a clean record when it comes to others playing in their sandpit, I can’t say that I find it surprising the organisation would resort to using deceptively worded press releases to position UBER as being law breakers, and furthermore, try to circumvent their recruitment processes for UBER X with fear tactics around them being fined $110,000 for being part of such a service.

Though I am sure NSW Taxi Council would and have in the past formally stated that they are just acting in the best interest of customers, ensuring their regulated market (of which no more than a handful of players own over 70% of) remains ethical and law abiding. The reality is, this is a war and they are out for blood, and defeating UBER is more important than ever.

Because a number of ride sharing applications are about to enter the market. Backseat, RideSurfing, Catchalift, WeShareLift and CoSeats are startups with a presence in NSW that are about to launch, or have already been bootstrapping and starting to scale.

Whilst not all of them currently have the same business model as the UBER X service, there is no doubt in my mind they are watching everything very closely. If it works for UBER and they get through all the hurdles being thrown their way, it mitigates the risk for these smaller players to come in and take their slice of the action.

The real risk for UBER right now is whether or not the investigation SMH have stated is underway by Roads and Maritime Services that has come about from ‘someone’ complaining that they have breached the Passenger Transport Act 1990.

However while a very flexible interpretation of Part 2 of the Act could at a stretch seem like UBER X might have breached the Act, there would be a strong case to be argued, considering the concept of commercial ride sharing empowered by technology never even existed in 1990 when the Act was written. There is no way a global company such as UBER valued at $3.5 billion couldn’t afford to and would not take action around an unfair decision such as that.

The community is clear on what they want, and that is the freedom to give their money to services that give them a great experience, and that is what UBER is all about.

The NSW Taxi Council is out for blood and will keep lobbying away until they get the ‘Black Wedding’ moment they’re after or lose the battle legislatively.

In all cases a revision of the Transport Act is coming, but the million dollar question is will our state leaders head down the path of regulation or listen to customers and the future generation and vote for innovation?