Was ASIC influenced by a major Bank to target a yet to launch Social Enterprise? 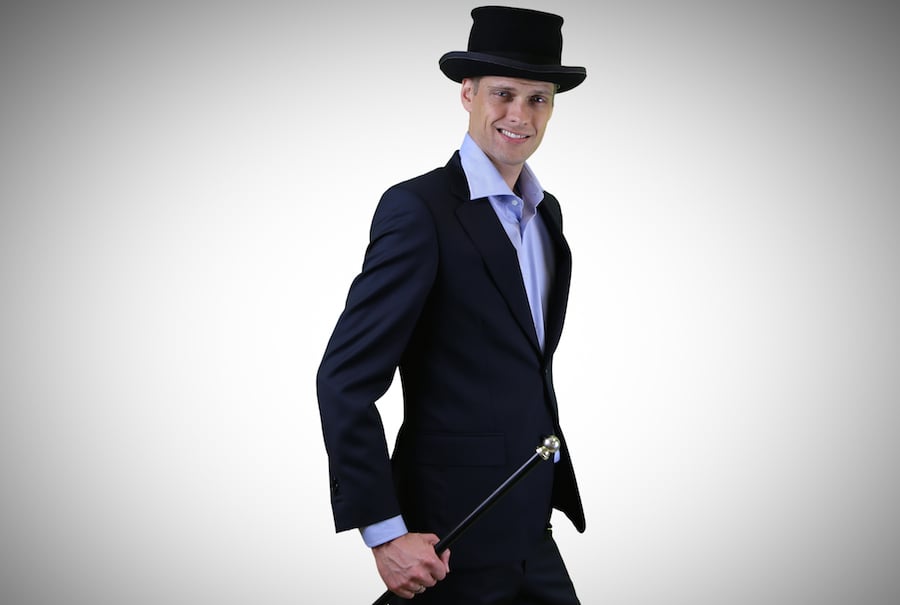 Earlier this year, we covered a story about Michael Fraser, an individual who also goes by the moniker “The Arbitrator”. Mr Fraser identifies himself as a consumer and business relationships advocate; and has recently made headlines regarding his ongoing interactions with senior members of the Commonwealth Bank. He is communicating with them on behalf of a number of alleged victims who say their complaints have not been heard by the institution.

It should also be noted that at this point that “The Arbitrator” has taken no money from those that have approached him to speak or lobby on their behalf. I asked for complete financial transparency when writing this piece, and of course proof around this statement. What Mr Fraser does own is a company called LWY Software Pty Ltd, which was founded on the 7th of June 2010 and is currently active.

This company offers a broad range of services including web based projects, ghost writing and other online services for both businesses and individuals. There was minimal cross over here between a couple of customers of which LYW Software had helped and those Mr Fraser under the personality of “The Arbitrator” had helped. The work that LYW Software had completed for these people was in fact related to web systems and advice.

Over the past year, Mr Fraser has become a thorn on the side of the Commonwealth Bank, so much so that not only did they hire security firm G4S to spy on him last year, he also received a personal letter, which has been cited by Shoe String from the bank’s head of security John Geurts, that tabled a number of accusations about Mr Fraser and his activities.

I don’t doubt that Mr Fraser has not been relentless and annoying in his pursuits of trying to sit down in front of the right people, to have questions answered on behalf of those he is lobbying for. But it seems a stretch that Commonwealth Bank would need to go to the lengths of spying on someone, unless there is a lot more to the story that they don’t want dragged into the media spotlight, which is exactly what is starting to happen.

Where things have gotten strange in the last fortnight is in the form of a letter that Mr Fraser received by ASIC, on the 21st of May, below.

The Arbitrator by Mathew Beeche

By their own admission, ASIC publicly stated off the back of the 4 Corners program “A Lender of Last Resort” that they have limited resources and target their enforcement efforts on matters that have a wider public impact.

If this is the case, and ASIC doesn’t deem that the activities of Mr Lazar, which the 4 Corners program referred to as, causing a wide public impact – it seems peculiar that they would take the time to focus their efforts on Mr Fraser, who by no means I would currently consider a big fish. In fact, the question I want to know the answer to is how is Mr Fraser on ASIC’s radar at all?

I put a number of questions to ASIC yesterday and they chose not to respond to questions around the letter sent out to Mr Fraser. They also never responded to my question whether letters such as these are standard practice and how many they have sent out to other individuals in the last 12 months.

In regards to the questions around the process of how such a letter would come about, ASIC had this to say:

Fair enough, I do love a proactive approach, especially when it comes from a government agency. It seems like a great use of their limited resources.

I asked the question if the assumed allegations put forward to ASIC were made by an officer of, or anyone related to the Commonwealth Bank, which again was not commented on.

Given Mr Fraser’s number one critic comes from that camp at the moment, the question that needs to be asked is ‘Did a major bank influence in any way, shape or form, the activities that lead to Mr Fraser receiving his friendly reminder letter?’

The letter also came from the ASIC branch in Brisbane located in 240 Queen Street. That building also happens to be the flagship branch and building of the Commonwealth Bank in the city, not that this means anything, but it’s certainly not unworthy of a mention.

As for “The Arbitrator”, he is not a business at this point; he is an advocate that is branding himself in order to gain publicity, something that is common for advocates to do. Mr Fraser has confirmed with Shoe String that he is currently trying to work out whether or not “The Arbitrator” moniker represents a commercial opportunity for himself, and how that would work without compromising the mission he has for lobbying on behalf of those who can’t for themselves or those that have tried and hit a brick wall.

Mr Fraser says it is definitely the goal to have a commercial aspect to his brand in the future – more likely in the form of a social enterprise. He is clear however that presently his main focus is building strong relationships with businesses so dialogue can ensue.