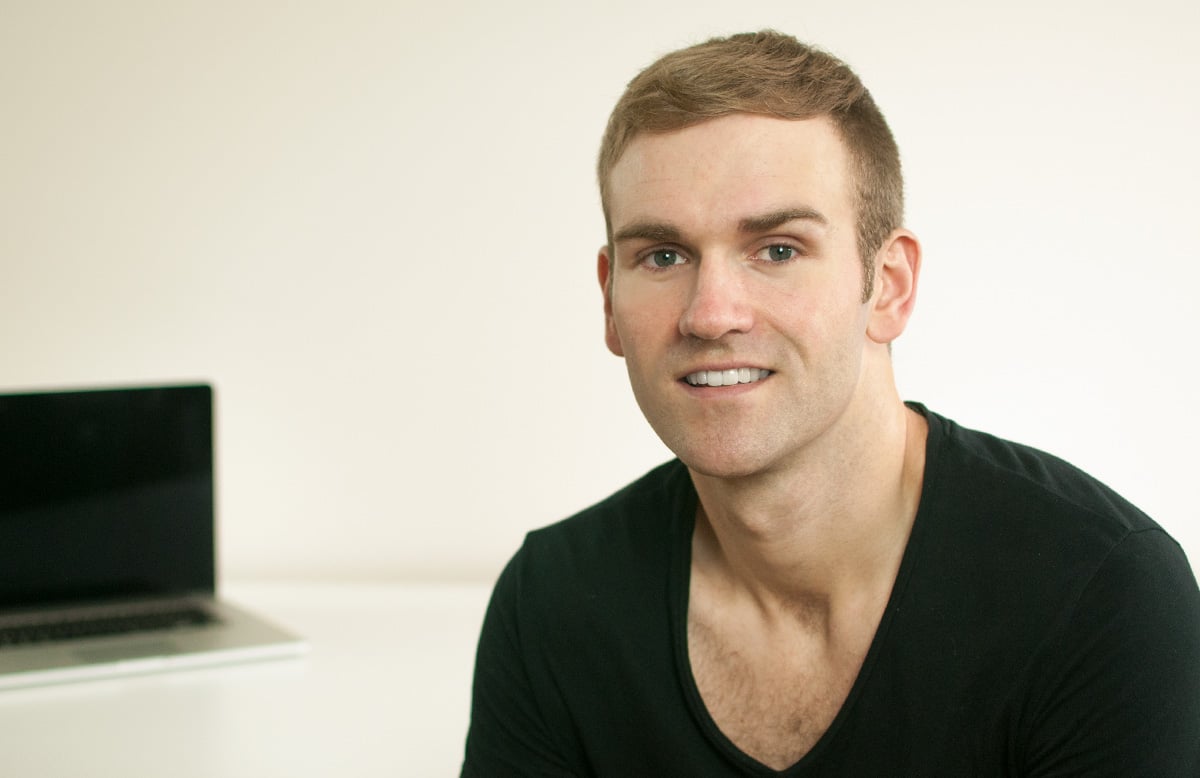 Will Matters, Founder of design-centric hardware startup RUBIX, has just kickstarted his crowdfunding campaign for AUGMENT, an innovative modular charging solution for the iPhone.

As screenshots below demonstrate, AUGMENT is a sleek iPhone case with a portable click-on recharge unit that provides a 60 percent power boost when you’ve been faced with the inconvenience of a dead phone battery.

Whether you’re arguing with someone or conducting a business teleconference, when your phone battery dies in the middle of an important conversation, it’s a genuine First World inconvenience. And let’s not forget how discomforting it is travelling on public transport without at least a semi-charged iPhone? No Twitter, no Facebook, no Pandora for the entire duration of the trip.

Last year, we got quite excited about Brisbane startup MobileCentral24/7 offering an Australian-first mobile phone accessory vending machine for when you’ve forgotten your charger, earphones or other accessories at home. We were also thrilled about Perth startup Hustle offering handbags and wallets with in-built smartphone chargers. A dead phone battery is a problem many startups have attempted to solve.

Matters, an industrial designer originally from Adelaide, who moved to China to work for a contract manufacturer, has taken the solution to the next level.

“We wanted to create something unlike the other products on the market, that actually caters to the changing needs of the user. A modular design was the obvious choice,” says Matters.

“Having worked with a number of manufacturers that make standard mobile charging products, it was simply a case of adapting those technologies to achieve the result we wanted.”

So how does AUGMENT work? The recharge unit simply needs to be jacked into the bottom of the iPhone like other charger plugs. The unit can be recharged using a typical USB plug.

The best thing about the recharge unit is that it’s powerful – increasing the capacity of the iPhone 5 and 5S by an additional 1200mAh – without being bulky. Instead, it’s compact and lightweight, weighing a meagre 38 grams, and will fit nicely into a wallet or a bag pocket.

The other benefit of AUGMENT is its casing. The outer layer is made of soft TPU (thermoplastic polyurethane) whilst the inner layer is made of hard PC (polycarbonate). This means that the case offers the protection you would expect from a premium iPhone case. Good news for clumsy folk who drop their phones on the hardest of surfaces.

AUGMENT has been launched on crowdfunding platform Kickstarter. Matters explains one of the reasons for this is so that they can connect directly with consumers, get instant feedback and validate the idea before it goes into mass production.

“The ability to raise funds upfront enables us to be more ambitious with our goals than if we were limited to our own privately raised capital,” Matters adds.

AUGMENT has a fundraising goal of $17,000, with 35 days to go. Launched this morning, the startup has already raised over $1,000 from more than 20 backers – a very impressive start.

“Launching a new hardware product is never easy, but we’re hopeful we can reach our funding goal quickly and begin production as soon as possible,” says Matters.

“We’ve shared our product along the journey with as many people as possible and we have had excellent feedback so far. Having already spent significant resources to develop the product before the campaign launch we have also been able to reduce our target goal and show tangible product samples with our community.”

The entirety of the funds will be used for their first production run. Matters says the product development is complete and the funds will cover their certifications, final tooling and minimum order quantities.

“First and foremost, we intend to fulfil our commitment to our backers and deliver a high quality product as quickly as possible,” he says. “Following this, we plan to expand the range of AUGMENT accessories as well as the number of compatible devices, including the upcoming iPhone 6 before the end of 2014.”

Matters speaks fluent Mandarin which has been an advantage throughout the development process. It allowed him to communicate directly with manufacturers to ensure the product meets his standards.

Once the campaign is over, the product will be available to purchase online. Matters has also spoken to several distributors in Hong Kong, and is open to the prospect of building connections with retailers in Australia, US and the UK.

To check out or back the campaign, visit the following link:  www.kickstarter.com/projects/rubixco/augment.