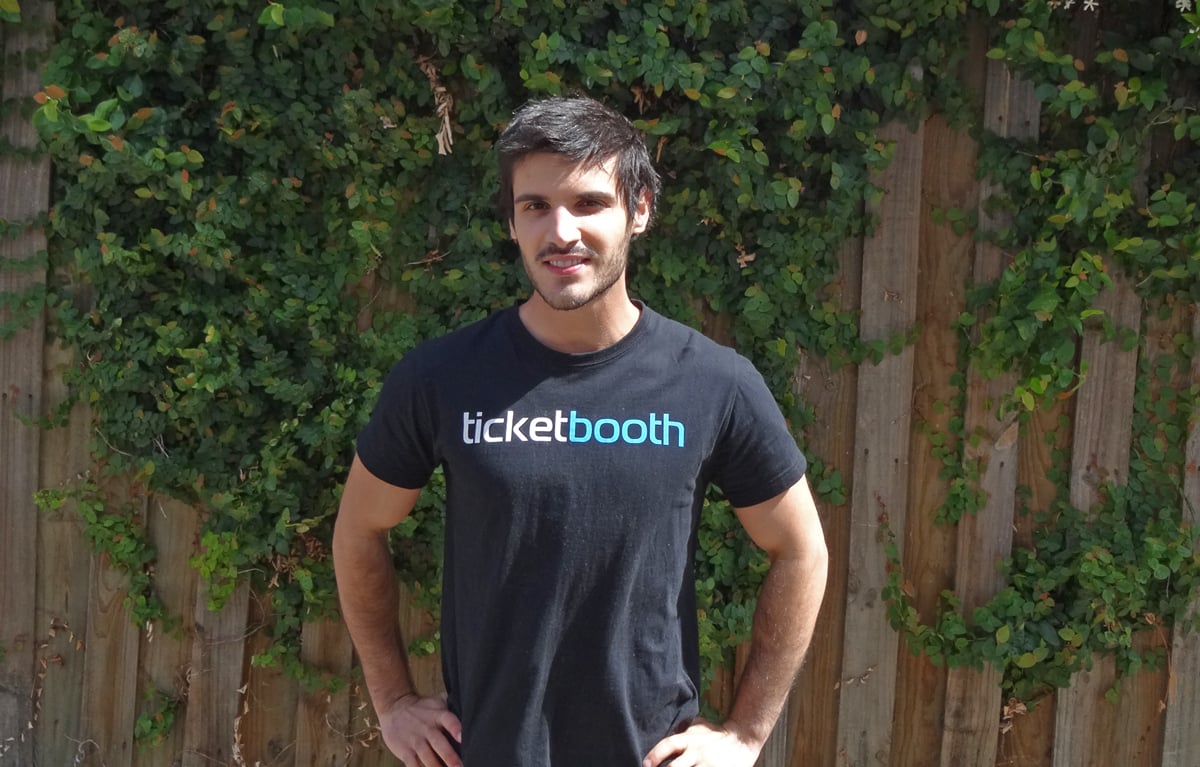 When you think of Australia’s ticketing space, two major players come to mind. For small group and local events, you have Eventbrite – in fact, the San Francisco-based company recently set up a presence on our shores. On the other end of the spectrum – particularly, for big events – there is Ticketmaster and Ticketek. But for years, there was a gap in the market that existed between the big stuff and the little stuff, until two Perth locals decided to build a solution.

The mining boom in Perth allowed the region’s entrepreneurial folk to earn some great coin and save money that can later be put forth towards innovation. Simon Guerrero, a Perth-based engineer who recently moved to Sydney, was able to use his savings to support himself while working part-time on his venture Ticketbooth with his good mate and co-founder Matthew James.

The two recall making zero dollars in their first year of business, and it was towards the end Ticketbooth’s second year in operation that they started gaining traction, scoring some larger clients in the nightclub and dance party circuit. Nowadays, being the portal for tickets to appearances such as XZIBIT’s long weekend gig at MIIND NIGHTCLUB is all part of the daily fun for Guerrero, James and their growing team of staff.

What starting in Perth has allowed Ticketbooth to do, is grow revenue and reputation to a certain point whilst mitigating the risk of starting in a city void of personal and business connections for the founders. At the start of this year, Guerrero moved to Sydney to set up a presence here for their next stage of growth, and they are heading into a time where the business is about to start scaling at lightning speed.

The pair still retain 100 percent of the business, having opted for the bootstrap path rather than investment. That is not to say that there haven’t been offers on the table – there have been multiple offers from investors who want a piece of what is already a multimillion dollar business.

Shoe String can also confirm that Guerrero and James have had acquisition offers which the pair have turned down.

Why would a couple of young blokes in their early 20s turn down big bucks that could have them set up for life and ready for the next adventure you ask? Because phase two of the Ticketbooth story is all about catapulting the current business to a new level, and that will position the company as a world class sales and marketing platform for their client base.

For Guerrero and James, everything goes way beyond Ticketbooth simply being a buy and sell portal – rather, they want their customers to see them as an end-to-end online marketing solution.

The pair are setting out to help their customers create an experience that begins a long time before the actual event occurs. In much the same way that travel startup Adioso have begun to make planning travel more intuitive, Ticketbooth is heading down the same path.

With new robust social tools and integration into new media platforms, Ticketbooth will begin to amplify their marketing efforts for event organisers who face an uphill battle these days cutting through the noise trying to getting heads into a venue.