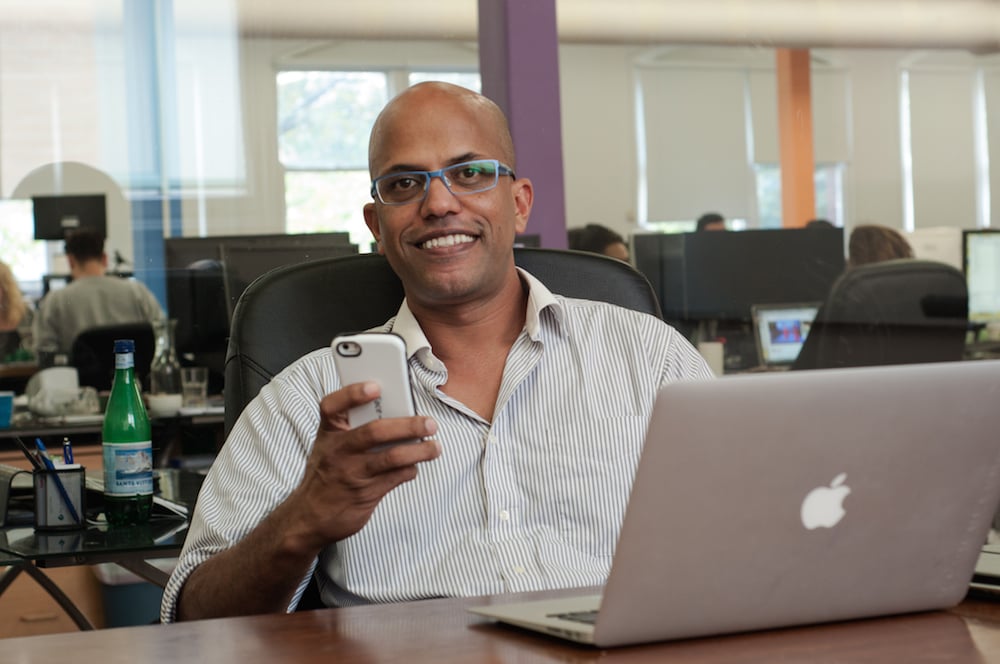 Fake reviews and testimonials have become increasingly sophisticated – so much that the Australian Competition and Consumer Commission (ACCC) has had to intervene with a new set of guidelines targeting bogus reviews in an online setting.

While there are plenty of businesses purchasing “glowing reviews” across online marketplaces like Fiverr, recent headlines suggest that businesses are getting caught – and paying fines as high as $145,000. A new Sydney-based startup TrustMyTribe is offering a better alternative to using fake reviews.

Launched officially in March, TrustMyTribe is a mobile app that makes it easy for people to share word-of-mouth recommendations with friends, family and others that they know and trust.

TrustMyTribe users track and share their favourite businesses and service providers such as tradies, hairdressers, doctors, mechanics, financial advisers, restaurants and real estate agents. Their friends do the same, creating a shared directory of reliable recommendations that can be accessed anywhere and anytime.

Founder of TrustMyTribe and Fishburners resident, Rajhev Rajkumar, knew the benefits positive reviews have on a business, and decided to create a business around honest feedback. In fact, many studies have found a direct correlation between positive reviews and increased revenue.

But in the online environment, consumers are increasingly falling victim to deception. While there’s a stark change in the way consumers buy today compared to the pre-internet era – that is, they’re much savvier, making sure a product is worth buying prior to making a purchase – there isn’t much of an alternative but to rely on opinions presented on review websites, which can just as easily be disingenuous.

In their own startup-style intervention, TrustMyTribe aims to turbo-charge word of mouth recommendations and obviate the need for review sites that are inundated with fake reviews.

“It is increasingly difficult to weed through reviews and decide which are trustworthy. With TrustMyTribe, we’re going for quality and authenticity rather than quantity and noise. We expect our users to be honest and level-headed with their reviews given that they are directly influencing and impacting people they know and care about,” says Rajkumar.

He adds that by presenting authentic recommendations from the user’s “tribe” of trusted friends, others are more likely to try out a particular product or service.

“I have a friend who lived in Tokyo for a few years. When I was recently travelling in Melbourne and looking for a local spot for dinner, I payed a lot more attention when I saw this friend recommending a nearby Sushi restaurant,” says Rajkumar.

He admits the original idea for TrustMyTribe spawned from the financial losses experienced by a friend, who had used a service provider based on fake online reviews.

“Fake reviews are no longer just an inconvenience; they can be costly. Some people think that simply shouting out a request on Facebook or asking a few friends can help avoid these problems,” says Rajkumar.

“But in reality, we often can’t afford to wait, or rely on something so hit or miss. TrustMyTribe helps users effectively tap into the knowledge and experiences of the broader network of people they know and trust.”

In August of last year, groups of residents in suburbs around Sydney, Melbourne and the Sunshine Coast were invited to trial the app and provide feedback. Rajkumar has taken on the advice of early users to improve the product, and is now ready for TrustMyTribe to be embraced by the broader community.

Thus far, the startup has been entirely bootstrapped and will remain as such until they get substantial traction.

“We have already iterated through several models and tested a few of our early hypotheses about the usefulness of the concept. We believe it is important to seek investment when the model is proven, rather than just a concept,” says Rajkumar.

TrustMyTribe currently has a broad target market, but will be slimmed down as the app gains traction. Rajkumar says concept be applied in a number of market segments, but most obviously falls into a similar area as online directories and review sites.

“The USA directory market already generates billions of dollars of revenue each year, and the local mobile advertising market is a fast growth market which is expected to growth explosively over the next decade,” he says.

“There is plenty of opportunity and scope for us to grow. As we iterate our technologies and services further, we expect to specifically enhance our offering for a few key segments within these broad areas.”

The standard product will always be free to use, according to Rajkumar. But premium features will be introduced at a later stage to generate revenue.

“We have several revenue mechanisms in mind for the future, but our focus in the near term is on refining the concept of our standard service, and the technology powering it,” says Rajkumar.

“TrustMyTribe is a true reflection of customer sentiment, something that both businesses and consumers have welcomed,” he says.

One user, Karen Brien, discovered TrustMyTribe through other parents at her son’s school and now uses it regularly.

“I find that a positive review from just one friend is far more valuable than hundreds of reviews from people I don’t know. It’s immediate peace of mind seeing a café or bakery or an electrician or a plumber on TrustMyTribe that’s been recommended by someone I trust,” she says.

There have been a few unexpected benefits as well, Rajkumar admits. Service providers have been going the extra mile for TrustMyTribe users, knowing that their service level was open to scrutiny not just by the customer, but their tribe.

The biggest challenges, on the other hand, have been ones felt by many startup founders, if not all – not enough time, money or other resources. But what has frustrated Rajkumar the most is finding engineers who are interested in taking on a challenge and working in a startup environment.

“One of my personal frustrations has been the dearth of technology talent. My sense is that most engineers in Australia seem content to stick with well paying corporate jobs, which makes it hard to attract talent in a lean bootstrap scenario,” he says.

Rather than storing details of businesses in personal address books, on kitchen whiteboards, in filing cabinets or on fridge door magnets, Rajkumar urges users to try out TrustMyTribe, hoping by the end of the year there will be a fanatical bunch of users from Sydney, Melbourne and Brisbane.

Previous article I’ve been hacked: And you probably know them!
Next article Martin Martinez launches Entrepreneur Card
Via Profiles
Tags entrepreneurMobilereviewstartuptestimonialTrust My Tribeword-of-mouth