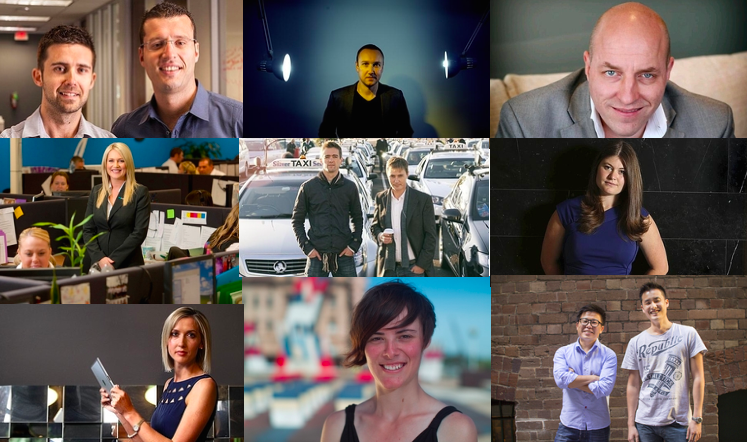 Ask any startup founder if they would like to be in middle management and most would say they couldn’t think of anything worse. Right now, the reality across Australia’s startup scene is that there are many middlemen and women dominating marketplaces – not necessarily by taking complete market share and owning the space, but by acting as a go-between or a connector. They’re building peer-to-peer, business-to-business and business-to-consumer platforms.

When we look back at startups that have failed in this country over the last year, especially the ones that I have personally interviewed, it is clear to me that those who don’t reach the point of traction they need, have always had a different perception of themselves and what role their businesses play in the community.

Most of them would never identify themselves as the middlemen of a marketplace; and because of this, they always forget to continually consult both sides of their market as they build and adjust their platform – those that pay them and those that supply them.

Being the middle person requires a certain set of skills; and I would argue the most important of those skills is having an innate understanding of data. When I look at middlemen platforms succeeding right now across Australia, each and every founder or CEO would be able to discuss with me right now over the phone, last week’s data and what that means for the business and how that will drive this week’s plans moving forward.

If we look at some of the headline acts in the realm of the middleman space, names like BigCommerce, 99designs, GoCatch, OneShift and Airtasker come to mind. All of them use their data to drive their business forward, pivot slightly when the need arises and to create news.

The latter is an interesting point, and one that many startups struggle to do the right way. The key to being a good middleman is making your customers and suppliers shine, never yourself.

An authority always and a news piece occasionally

In Australia survey companies such as ReachTel usually require a sample of around 1500 – 2000 participants in order to make claims in the news that X% of one thing means Y. When you compare the sample size they use, to the data that a company like BigCommerce have access to (50,000 plus ecommerce stores) it becomes clear how easy it is to keep their brand relevant and in the forefront of the media.

When I look at the history of press releases from BigCommerce sent via ClickPR, a majority are focused on the data about their customers and suppliers. The play is to always deliver useful news about the ecommerce space in Australia and they have a big enough data sample for it to be newsworthy.

The data that BigCommerce is able to provide about the online shopping space is incredible – from the most popular time for suppliers to update their stores to the types of products that are most popular online. They are able to see it all, and so they become the go-to guys for that type of information.

When it comes to the job market, someone we should all be looking at right now is Gen George from Oneshift. She is the perfect Gen Y middlewoman. She understands her customers and clients on such an intimate level and has used the data to continue to upgrade her site based on what users want and need. Though Oneshift does not explicitly state that it is for the Y Generation, it is quite clear they are indeed the target audience.

At a time when youth unemployment is a global issue verging on a crisis, the business model is helping employers deliver the message that while full time opportunities may not be immediately available, casual opportunities are.

The platform that they have developed incorporates social profiles, instant messaging and feedback systems and a sense of transparency that their competitors just don’t have. Oneshift gives employees and job seekers access to ALL the info they want and need to make their decisions – it plays the role of connector.

When it comes to disruption, you would be hard pressed to find a startup that is doing more of it than GoCatch. This company is the perfect example of how to be the ultimate middleman. It was an uphill battle in the early days because the taxi industry does not welcome new blood with open arms, period.

Today, Andrew Campbell and Ned Moorefield play the middle roles with ease, this is apparent when you talk to taxi drivers who love the service. They are able to be more efficient when it comes to their pick-ups, which was one of the biggest time wasters in the traditional taxi system leading to drivers not being able to directly contact customers.

It is simple features like these that have allowed it to become a dominant player in the Australian taxi market – and again they continue to improve the model from feedback and data.

The middle guys in Australia are indeed the dominant force right now across Australia’s startup scene. There is a lot money and power in the game of being able to successfully connect what someone wants with the thing that someone else has. These days, being the go-between guy is far more attractive than being the man.