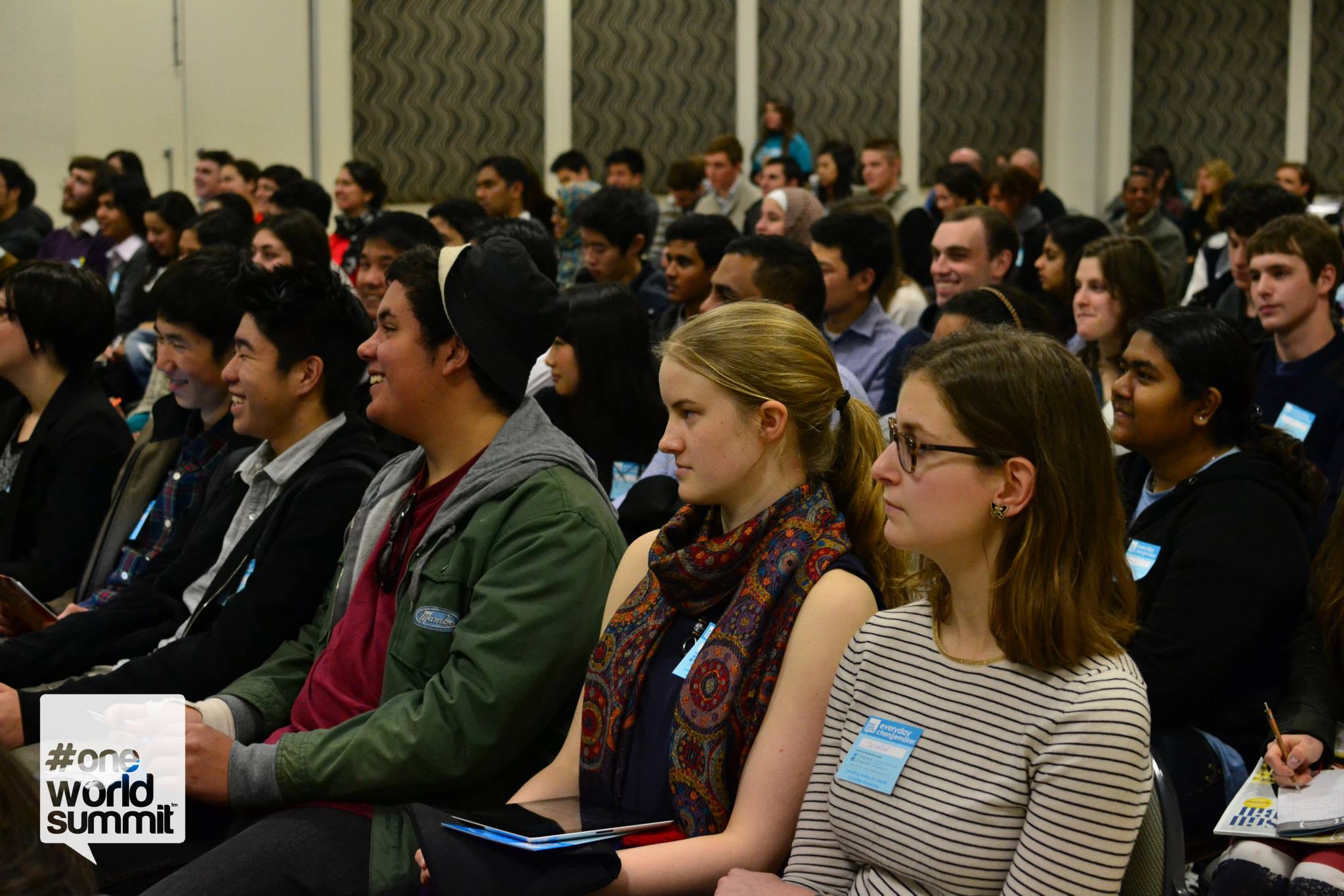 ONEWorld Summit, a two-day event that brings together young social leaders, entrepreneurs and change-makers, made its debut in Melbourne just last year, and has now expanded into  other locations – including Singapore, San Francisco, New York, South Africa and Malaysia.

In 2013, social entrepreneur Alex Jeffery, also the founder of GettBusy and Hoothouse, started a project called CL13 (Child Labour 2013) that disintegrated fast and provided him with one of his greatest personal learnings.

CL13 was a project he pursued to end child labour while running his previous ecommerce business, Dewalio Clothing. It was all smooth sailing until June, when CL13’s volunteer team left due to university exams. Their major partner Save the Children re-structured their organisation and major sponsorships fell through. Jeffery was left in a lonely place and questioning everything he was doing.

“This was my biggest personal soul-searching experience so far. For two weeks I cancelled all meetings, and basically sat in my room trying to plan things out. To be honest I was a little lost,” he says.

At this point, Jeffery decided to organise an event to bring together Melbourne’s young social change-makers and entrepreneurs to speak about CL13 and recruit a new team. For two weeks, a question was consuming his thoughts: ‘Should I focus on one issue or should I focus on people and help them find their issue?’

Rather than keeping the debate internal, he decided to get advice from his mentors. He decided on the second option, after one mentor, Gina Otto, told him that “the biggest gift you can give anybody else is helping them find their own gift!”

ONEWorld Summit pivoted from being a ‘recruiting tool’ for CL13 to becoming an event dedicated to inspiring, educating and mobilising young entrepreneurs and change-makers to pursue a cause and make a difference. In five weeks, Jeffery and his team of 12 was able to bring 250 people to the event – a number that was beyond what he anticipated.

After the event, Jeffery also said that he didn’t intend on running any events in 2014 as he wanted to focus on building an online platform to connect change-makers. But members of the ONEWorld Summit team decided collectively that it was time to take the event global.

From Melbourne, Singapore, San Francisco, New York, South Africa and Malaysia, the event will be live-streamed online, and will have a documentary created around it through Onely Media.

“It inspires me everyday to see how people all over the world – we now have about 70 people working on this around the world – can come together to support one simple vision and mission. It also excites me to know how organically this has grown with very little effort!”