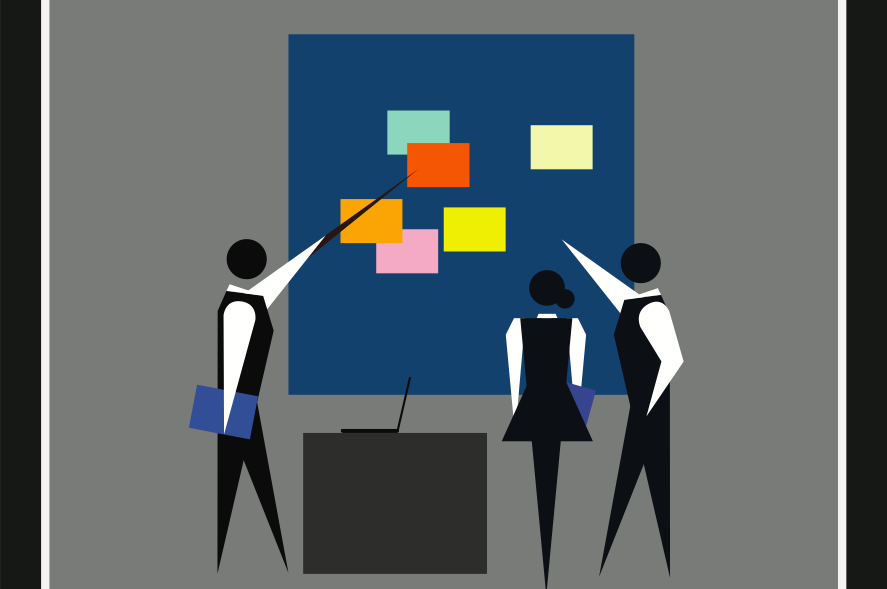 Over the past five years, we’ve seen an influx of project management applications being introduced into the web and mobile marketplace. This is because it’s difficult to manage projects without a system in place; and those who are familiar with the chaos associated with project management know that there’s no better way to implement a structure than through technology.

Perhaps the reason why there are so many project management apps is because entrepreneurs had a collective light bulb moment?

Launched from Brisbane in February, Stepsie is the latest addition to this sector. While it’s easy to dismiss Stepsie as just another project management app, a second glance reveals it’s a little different. This new online platform does not only encapsulate an entire project lifecycle – making collaboration within and across projects easier – but has a more intuitive system in place. It’s been built around a basic and effective problem-solving concept.

By taking a huge project and separating it into digestible, neatly organised ‘steps’, project managers and their teams can assign and tackle them one by one to get things done. Stepsie’s Co-Founder and Ideas Architect, Jono Chatterton, compels us with a Ghandi quote: “Have a bias toward action, let’s see something happen now. You break that big plan into small steps and take the first step right away”.

He points out further that other tools are more “corporate focused, require training sessions and the majority of them result in you spending more time managing the tool then actually managing your projects.”

“Stepsie has a super simple design and an intuitive UI, so you can focus on making your projects a reality. A lot of alternatives have quite a cumbersome user experience and take days to figure out, with Stepsie you can jump in and pick it up in under 30 seconds.”

The inspiration for creating Stepsie spawned from frustration with other competitor products in the marketplace. Chatterton puts it simply: “I thought I could create a better one.”

After he came up with the idea, Chatterton pitched it to his closest friends as well as his father. He says, “They enjoyed the concept and so we decided to fund and ‘thong-strap’ Stepsie ourselves. This has given us incredible flexibility in decision-making and creative control.”

Little did Chatterton and his co-founding team Damon Oudejans, Andrea Magugliani and Nick Heaney care that they were breaking into USD$1.7 billion market. It was all about creating something better, and letting gut instincts – along with careful consideration – guide their next steps.

“Once the concept was established, I started looking for a group of web developers to help us create Stepsie. Even before we got to the team creation stage I found a great group of web developers in Estonia who could build the site. We then got the Stepsie crew together and started to turn Stepsie from an idea into an app,” says Chatterton.

The Stepsie team have implemented a Subscription-as-a-Service (SaaS) business model, with monthly plans catering to different users, projects and data. After subscribing, users have the option of making a yearly upfront payment or a month-by-month payment.

The tiered pricing starts at ‘free for students’ and $25 dollars for one-off projects, then goes up from Small Steps ($19 per month) and Medium Steps ($49 per month) to Large Steps ($99 per month).

Chatterton says one of his proudest achievements has been gaining some media traction – previously being featured on Arctic Startup, The Next Web, and GigaOm.

The biggest challenge, on the flip-side, has been one faced by a majority of startup founders – managing time and priorities.

“As we all had full-time jobs while developing Stepsie one the biggest challenge was finding the time and energy to devote to it. Although I did manage to sneak in a few hours of Stepsie during my paid employment,” says Chatterton.

“To keep the ball rolling you need to get into the habit of working on it daily and keeping everyone motivated. Don’t worry about your competitors, don’t copy them, focus on making your product great the rest follows from there.”

From this moment forward, it’s all about marketing, customer acquisition and product refinement. Chatterton says they have a number of features in the pipeline that they will be rolling out over the upcoming months but it’s currently top secret.

Previous article Licensing: An attractive model but can startups afford the risk?
Next article Ninja Blocks founders prepare to launch the Microview
Via Profiles
Tags