Game On: Bigcommerce brings out the big guns and prepares for ecommerce world domination 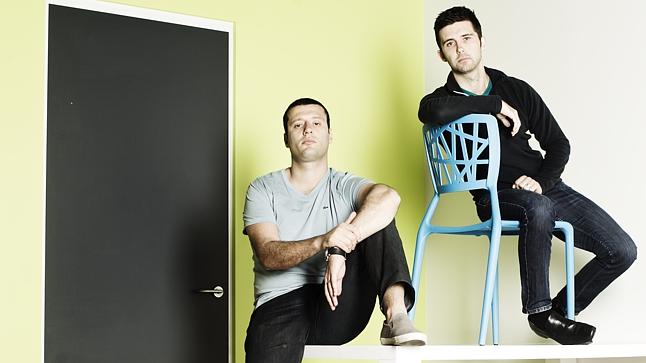 It was only six months ago that Bigcommerce closed a $40m investment round (totalling $75 million in funding so far). The round was led by AOL co-founder Steve Case. Everything behind the scenes has been leading up to Bigcommerce preparing to significantly expand its product portfolio and commerce platform, which is currently used by over 50,000 businesses in 137 countries around the world. Next step, world domination in the ecommerce space.

Bigcommerce co-founder Mitchell Harper has said that internally the company has been quietly laying the foundations for an accelerated period of growth, but they were now ready to make a few announcements.

“2013 was a very strong year for us in terms of growth. We grew at over 100% and, most importantly, helped thousands of businesses around the world grow faster. This year we’re ramping up our engineering efforts and expecting to accelerate even faster, we’re hiring a killer leadership team, opening an office in downtown San Francisco and filling it with amazing local talent,” says Harper.

“This is the start of something big and incredibly exciting. We are building a platform for millions of businesses and doing for commerce, what Salesforce did for CRM.”

In a few very strategic hiring moves we now see West Stringfellow joining Bigcommerce as the commerce platform’s new Chief Product Officer. A Silicon Valley veteran, Stringfellow has played a crucial role in leading transformation and driving product innovation at some of the biggest tech companies in the world, including PayPal,  Amazon and VISA.

“In the short time he has been with us, West has been ruthlessly focused on accelerating our product development and growing the product and engineering teams, starting with the opening of our San Francisco office and appointing our new VP of Engineering,” Harper says.

“I am stoked to be at Bigcommerce,” Stringfellow said. “We have a blend of so many wonderful assets, including our unique product and platform, wonderful people, excellent cultural mojo, and a passion for the customer that is expressed through the team’s genuine enthusiasm to change people’s lives and empower retailers everywhere. It is rare to find all these strengths in one company.”

In another brilliant move they also add Ron Pragides to the team as the new VP of Engineering. Pragides has held previous roles at Twitter and Salesforce where he helped both companies drive sustainable and scalable growth through IPO. He will be based in San Francisco and leading the development of the San Francisco office.

“After West came on board, we thought about the kind of company we want to become and that made it really easy to find the kind of engineering leader we needed to take the business through the next growth phase.  Ron was the clear choice,” Harper says.

Stringfellow says that Ron understands what’s involved in building scalable platforms and teams that are mission critical for businesses globally.

Bigcommerce has now opened an office in SOMA, San Francisco in MoPub’s former office space. Engineers hired in San Francisco will collaborate closely with Bigcommerce’s existing engineering teams in Sydney and Austin. They will also be offered the chance to work between offices; traveling back and forth between Sydney and San Francisco for an endless summer.

Ok seriously they have swings in their office – Where do I sign up??

“Bigcommerce’s potential is only constrained by the technical boundaries of commerce. To capture this potential we are being extremely aggressive in our hiring, sparing nothing to find and win the team of all stars intent on solving tough commerce problems,” says Stringfellow.