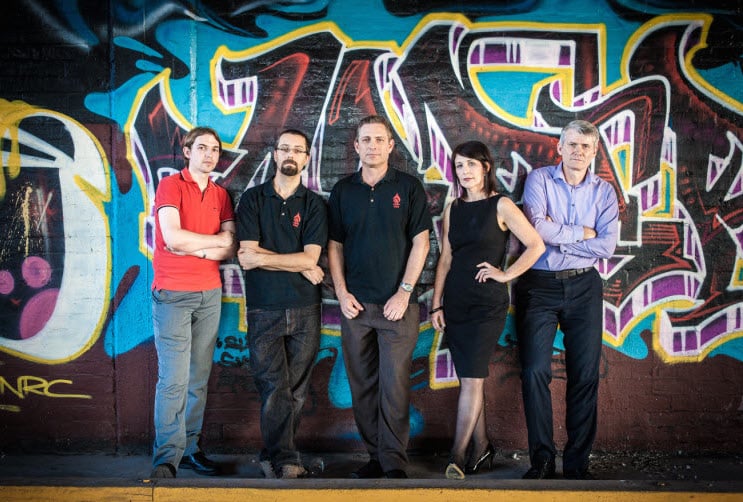 Brisbane-based digital publishing startup Liquid State has come a long way since launching in the latter months of 2010. Their user base has grown 30 times over the past 11 months alone, earning itself the title of High-Growth Business Startup at the Lord Mayor’s Business Awards last year and becoming Australia’s go-to cloud-based platform for distributing digital content across mobile devices.

Liquid State now supports Windows Phone, Android and iOS, meaning that users can convert documents destined for print into branded apps for all three platforms. It is the only publishing system in Australia and one of the few in the world which can produce apps for the three major mobile platforms – one step ahead of Adobe, which supports Android and iOS.

The reason for extending their reach to all mobile devices is because 81 percent of smartphones run on Android, and Windows Phone is increasing in market share in Europe. As such, publishers and marketers need to adapt to consumer trends and ensure their content can be accessed across multiple devices.

According to Liquid State, 59 percent of corporate communicators and publishers said multi-channel channel marketing was their top strategy for 2014.

“Being omni-channel isn’t easy. Email is easily ignored and, with the differences in browsers across iOS, Android, and Windows Phone, even building a website doesn’t guarantee a consistent experience,” says Philip Andrews, Co-Founder and CEO of Liquid State.

“Websites are unreliable, custom apps are so expensive – publishers and marketers are really looking for way to get their message out to everyone. People expect the same experience, no matter what device they’re using. That’s the challenge of digital publishing and that’s the problem Liquid State solves.”

Liquid State have pitted themselves against Adobe InDesign – which is still seen as the global industry standard for print publishing and layout. Kit Kriewaldt, Liquid State’s Chief Marketing Officer, says Adobe has “turned that incumbent advantage into a large lead in digital publishing, but they’re clinging to assumptions which only make sense in print publishing.”

“For example, they assume that readers will only view each page in a single orientation; portrait or landscape, but not both. Digital publishing just isn’t going to develop if it’s dominated by a complex system which has to be slowly dragged away from print.”

In that regard, Liquid State aims to simplify what Adobe has made unintelligible. Kriewaldt says using the Adobe system is time-consuming and requires a lot of trial error just to get pages to adapt to both portrait and landscape orientations, let alone to smaller screen sizes.

“Our system handles that complexity for you, by converting pages to HTML and CSS and then packing them into a branded app. This also allows us to support a wider range of mobile operating systems than Adobe. At the end of the day, it’s about solving problems for users and in our case, users have a problem with Adobe,” he says.

Liquid State does have the advantage of being supported by Microsoft. Andrews says the Microsoft Innovation Centre has provided them with a wealth of experience and knowledge to help them in their mission to overhaul Adobe.

“They have created a fantastic resource for startups and are always willing to help with advice, contacts or just access to a working space,” Andrews said in a previous interview with Shoe String.

Andrews credits the Digital Brisbane Strategy, which is being executed by the experts at Brisbane Marketing.

“They’re working so hard to make tech startups a bigger part of the conversation in Brisbane,” he said in a previous interview.

At the rate this startup is growing, it’s a fair to say this is one of Australia’s most promising startups, and that Brisbane is a serious contender in Australia’s startup scene.

Previous article Talent International, Branson and Wozniak on the search for Australia's technology superstars
Next article Licensing: An attractive model but can startups afford the risk?
Via News & Analysis
Tags AustraliaBrisbanedigital publishingLiquid Statestartup