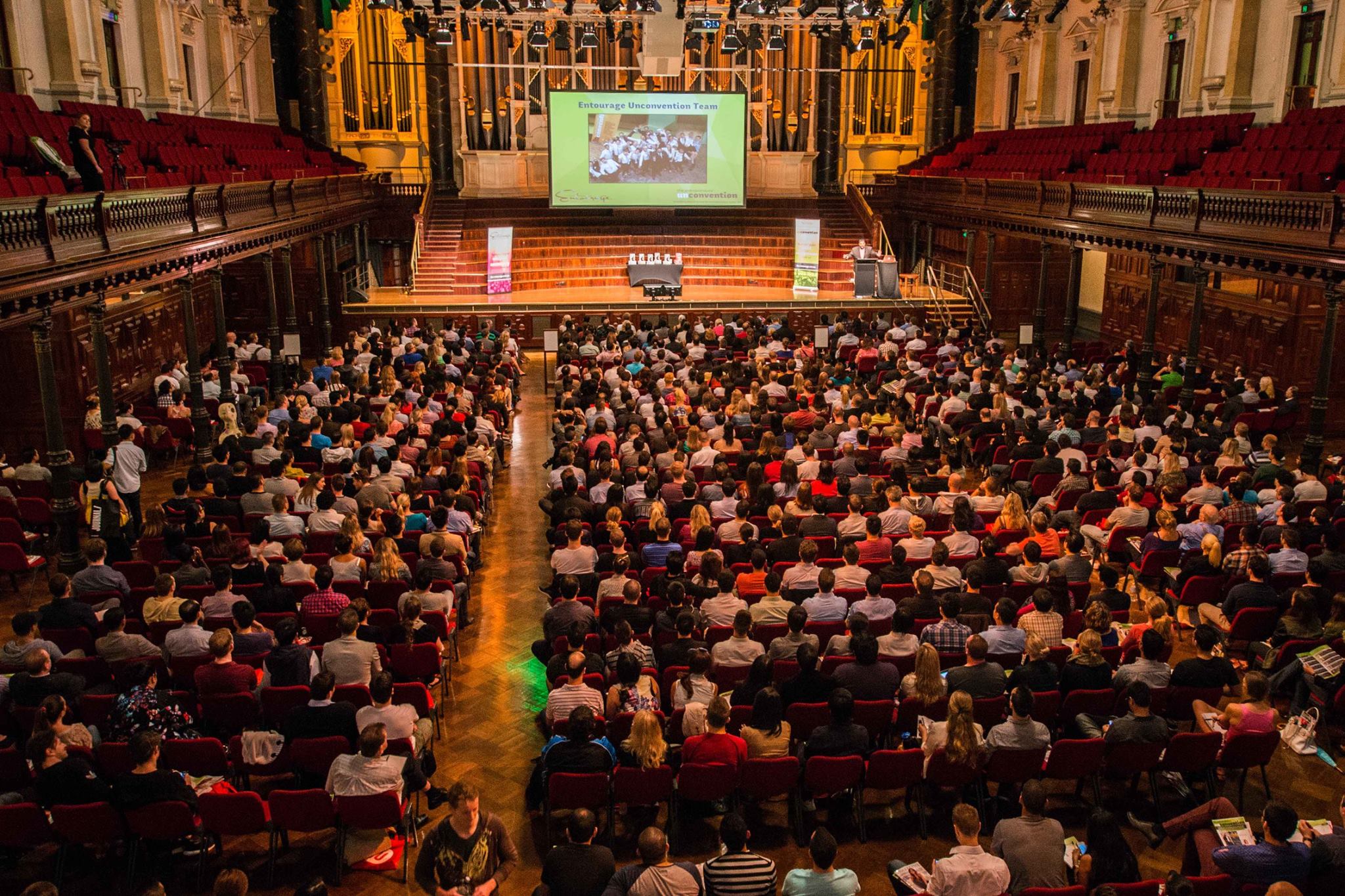 Whilst I waited for the NRMA in the early hours of this Sydney Saturday morning, a group of inspirational individuals and volunteers from entrepreneur movement The Entourage were working away at 6.30am prepping for the largest group of under 40 entrepreneurs that has ever converged upon the steps of the infamous Sydney Town Hall.

Looking at the size of the 1200 strong crowd above, I am taken back to three years ago when I attended my first ever Unconvention with 350 other like minded people – the growth of the movement is something that Jack Delosa and his team should be extremely proud of. The fact that so many of the Y Generation attend events like these in the pouring rain on a Saturday morning demonstrates the mind set of the next leaders of this country and quite frankly, it’s bloody exciting.

One of the favourite speakers of the morning was Eagle Boys Pizza founder Tom Potter, judging by the audience engagement – they were completely mesmerised. He did a little more than inspire a few people in the audience – from what I have seen on social media as well during the day, at least one young entrepreneur has possibly scored some mentoring from the pizza king for a new food business they are launching. It’s these types of situations that make the Unconvention such a unique event.

By 12.00pm today the hashtag #Unconvention was trending across Sydney and we still have a full half day to go with Scott Farquhar (Co-Founder of Atlassian) and Lisa Messenger (Founder of The Messenger Group) speaking later on – and the crowd is really looking forward to these speakers.

If you are in Melbourne, Adelaide and Perth you can still get tickets to the Uncon in your cities here www.the-entourage.com.au/events/unconvention – we think it’s a must for all future business leaders.

But don’t just take my word for it, here is what people are saying right now at the event:

Spending this rainy day at #unconvention at the gorgeous #townhall in #sydney http://t.co/QaTqoxyHsC

Tom Potter’s (founder of eagle boys) story at the #unconvention today was one of the best I’ve seen in 3 years of this conference.

Tom Potter the founder of Eagle Boys is a clever, inspirational speaker with a true blue Aussie story of success. #unconvention

Tom Potter, an extraordinary entrepreneur. Storytelling for over an hour at #unconvention – Eagle Boys Pizza from the ground up.

Someone just sent me this pic. 1,200 excited #entrepreneurs at #unconvention at #sydneytownhall I’m… http://t.co/4TugpqwMWy

Prepping to be the next Zuckerberg… #bowdownbitches #unconvention 😛