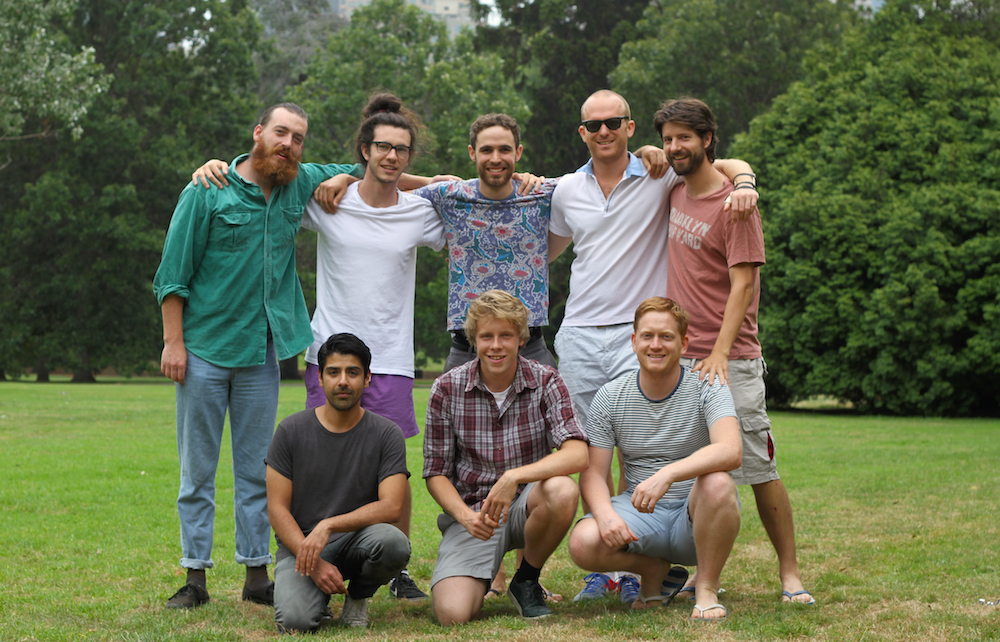 The story of Melbourne-based startup Fairshare begins in a share house. Many housemates would know that living in a share house can be exasperating. As French philosopher, Jean-Paul Sartre, poignantly said, hell is other people.

Co-Founder of Fairshare Jules Malseed-Harris is well versed in the ins and outs of living in a share house. In fact, he lived in a giant share house in Melbourne for 10 years, and experienced some serious issues with the classic share house problem: “the tragedy of the commons”.

“People took care of their own rooms but never cleaned the kitchen and bathrooms, rarely did communal shopping, and only cooked shared meals on special occasions,” says Malseed-Harris.

They were all fed up with the lifestyle after a couple years and decided to design a system where they could all earn points by doing tasks – while still having the freedom to choose where their responsibilities lie.

“It wasn’t your typical domestic arrangement but it worked phenomenally well and our house became frictionless and fun – a bit like a restaurant at dinner time,” says Malseed-Harris.

The idea for a mobile app that helps to smooth out frictions and re-engineer the shared home, was borne from this frustration. Malseed-Harris says it was the logical next step.

“Nobody had done it before and with share housing on the rise, there was clearly a real need for smoother shared living,” he says.

The Fairshare app eases the friction points in shared living by making hidden work around the house visible through the smart priority Task system, centralising household finances in Bookkeeping and introducing a House Feed to improve household dialogue. Fairshare is being positioned as a micro-social network, following Snapchat’s discovery of a privacy-oriented user base.

Using the app, housemates can see who’s around, what’s being done at home and what’s been paid. The app’s self-learning priority algorithm ranks the importance of tasks and keeps track of everyone’s shared finances – ultimately leading to a better functioning home, without any social tension.

Following the conception of the idea, Malseed- Harris and his co-founder Oliver May quit their day jobs in 2012 to bring the Fairshare vision to life. Before quitting, May was working as a trader at an investment bank in London and Malseed-Harris was working in funds management in Melbourne. As high-income individuals, they had accumulated enough capital to be able to bootstrap the business from the get-go.

Malseed-Harris reveals, however, that they’ve generated interest from some of Australia’s most successful angel investors and well-known venture capital firms, some of whom they will be advancing discussions with later this year. Names will be revealed at a later date.

During the development phase, there were only three things that really mattered in Malseed-Harris’ mind: “building a team of extraordinarily talented people, creating an amazing product orders of magnitude better than anything else that exists, and finally focusing on user growth above everything else once we release our product into the market.”

“Building a team took just over a year, creating an amazing product has taken another year, and we expect it will take us at least another year to establish a strong position within this emerging global market.”

Malseed-Harris says they’ve been very lean with their expenditure to date, spending under $100,000 for product development and team salaries.

“Almost all of the team members prefer working exclusively or largely for equity,” he says.

The Fairshare team isn’t planning on disrupting an existing market, as much as they anticipating creating an entirely new one – by “mapping out the ‘domestic graph’”.

“We see the potential market as being all products and services brought to the home, ranging from shopping to household services and perhaps even utilities,” says Malseed-Harris.

“Our primary focus is on getting our free product out to as broad a market as possible and then focusing later on integrating ourselves into the supply chain of some of these products and services.”

Malseed-Harris says there’s an estimated 1 in 20 people in Australia that live in a shared home. This number is higher in the US, Germany and other developed countries. Like other social networks that started off by focusing on a smaller segment of the broader market, like Ivy League university students, the Fairshare team view the share house market as the ideal entry point into a broader shared living market.

“[B]ecause of network effects, these sorts of platforms tend to become natural monopolies, where the best platform gains the majority of the market. We are therefore focused on building the best platform globally,” says Malseed-Harris.

Monetisation is not a priority for the Fairshare team at the moment. They’re entertaining the idea of implementing a profitable business model, but feel that it would be a mistake for a consumer-facing app such as Fairshare to prematurely monetise. Their primary focus therefore is on the actual product functionality and user acquisition.

“In the medium term, we feel that getting close to the money and looking to take a commission on delivered products and services is the logical place for us to monetise,” says Malseed-Harris.

Like what many other startups fear, Fairshare noticed a copycat emerge in Europe. This made them far more reserved during the development phase, and they decided to operate in “stealth mode”.

“We’re very conscious that getting the word out about our product and growing our user base is now our biggest challenge,” says Malseed-Harris.

Nonetheless, he admits he’s very proud of how the product has turned out, and the fact that they’ve have been able to attract an extraordinary team of engineers, designers, marketers and business strategists who’ve worked tireless to bring the concept to life.

The Fairshare team will continue to refine the product based on user feedback, but their ultimate goal is “to create a vibrant and growing community of people who love using our product.”

The app will launch officially on the iOS and Android app stores on February 21st. Fairshare’s teaser video is available to view via www.getfairshare.com. The soundtrack is by Ollie McGill, composer of viral hit Dumb Ways to Die.

Note: Corrections to the co-founder’s name have been made since time of publication.