One Dollar Higher: A “ridiculous” advertising experiment or a clever startup? 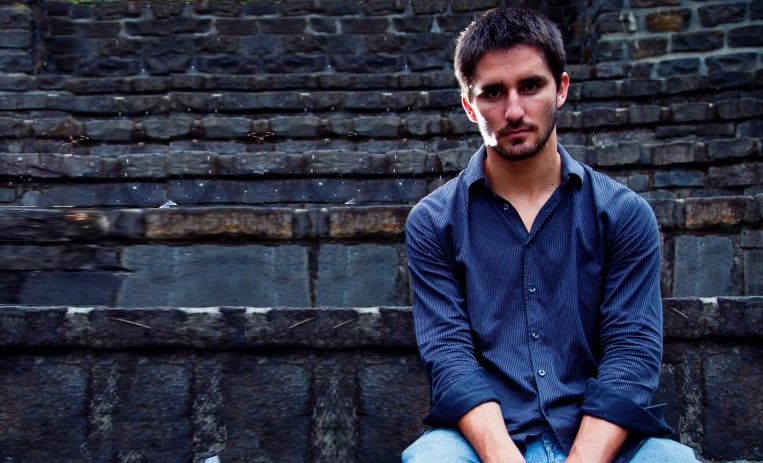 Melbourne-based engineering student, Sam Crowe, came up with an idea last year that even he thinks is “frankly ridiculous”. He designed his startup, One Dollar Higher, on the premise that a website doesn’t need any material to be successful.

Launched just over a week ago, One Dollar Higher literally has no news, images, or videos – or anything else you would actually consider content. There is simply one giant ad space centring the homepage, and it can be purchased by anyone. All they have to do is pay $1 higher than the last person who placed their ad on that space.

At its core, Crowe says One Dollar Higher is a novel advertising experiment. Aside from a brief FAQs section, a bar graph outlining how he will reach his goal of $1 million and a big arse ad, there isn’t much to look at.

So how is this startup going to be successful? Though its still in its early stages, Crowe has been able to sell 12 ads to companies around world, valued at $136. Given he only took out $100 from his hip pocket to spend on this startup, the business is already profitable.

The inspiration for creating One Dollar Higher was part self-indulgence and part dismay. Aside from trying to get rich like most people, Crowe was distraught by the amount of debt he had accumulated on his HECS student loans.

“I got my undergraduate degree in architecture; and after graduation I spent hours on Seek.com.au, sifting through jobs. But I realised that I wasn’t interested in anything out there; I just didn’t have a passion for it. While it was a tough decision considering my financial situation … but I decided to go back to uni for a Masters in a different area,” says Crowe.

He admits he’s a “suburban lumberjack” and came up with the idea for One Dollar Higher on a particularly cold and rainy day while cutting trees. Crowe thought it would be a fun way to test out his programming skills, while also earning money in a way that didn’t involve chainsawing tree trunks.

“I think it’s a unique idea because I haven’t seen anything like it, and it’s a bit cheeky too. I found something amusing about the idea of people flocking to a website that doesn’t actually have any material,” says Crowe.

One Dollar Higher was built in Crowe’s Richmond bedroom over many nights and beers. He mocked up a site with basic functionality and spent the next few weeks refining.

Given how unusual his startup is, Crowe found that most of his success – especially in Australia – has come by being “self-deprecating”, probably because we are a culture that love to make fun of ourselves.

“People are astounded when they see how I’m making money with such a simple idea. So I’ve been intentionally playing up that angle through networks like Reddit, Facebook and most recently Twitter,” says Crowe.

“I’m also looking at entrepreneur forums and blogs since they love a rags-to-riches story and also have businesses of their own to promote. So far entrepreneurs have been my biggest customer base!”

Since the pricing is always in a state of flux, it will be interesting to see how much people are willing to pay for an ad that may only stay up for three hours – which is the minimum before someone else pays a dollar higher to take up that space.

“As the site gains popularity the ads get more expensive … It’s like a feedback loop but possibly more annoying,” says Crowe.

HIs greatest achievement thus far has been making enough sales to cover rent for a week – and of course, not having to eat ramen for once. Such is student life.

The biggest challenge on the other hand has been marketing and selling. Crowe admits One Dollar Higher is a difficult idea to sell to advertisers.

“I have a feeling that it’s either going to do really well and I’ll hit my target, or I won’t even get close. Regardless of what happens, this has at least taught me how to be persistent,” he says.

In the mean time, he’s focusing on generating traffic so he can hit his million dollar target.

“Advertisers won’t pay money to showcase their product unless there is a high level of traffic coming to the site, and I think the best way to get traffic is to get the word out,” says Crowe.

“This all started out as a bit of a laugh, but it’s turning out to be a lot of work!  At the end of the day it’s worth it. This is something I did on my own so that I could try and graduate debt-free, and no matter what happens I’m excited about the direction in which I am heading.”

Some ideas are so crazy that they work. One Dollar Higher may just fall into this category.

You can check out the site for yourself via www.onedollarhigher.com.