Keep your promise or pay up: Startup combines social motivation with philanthropy 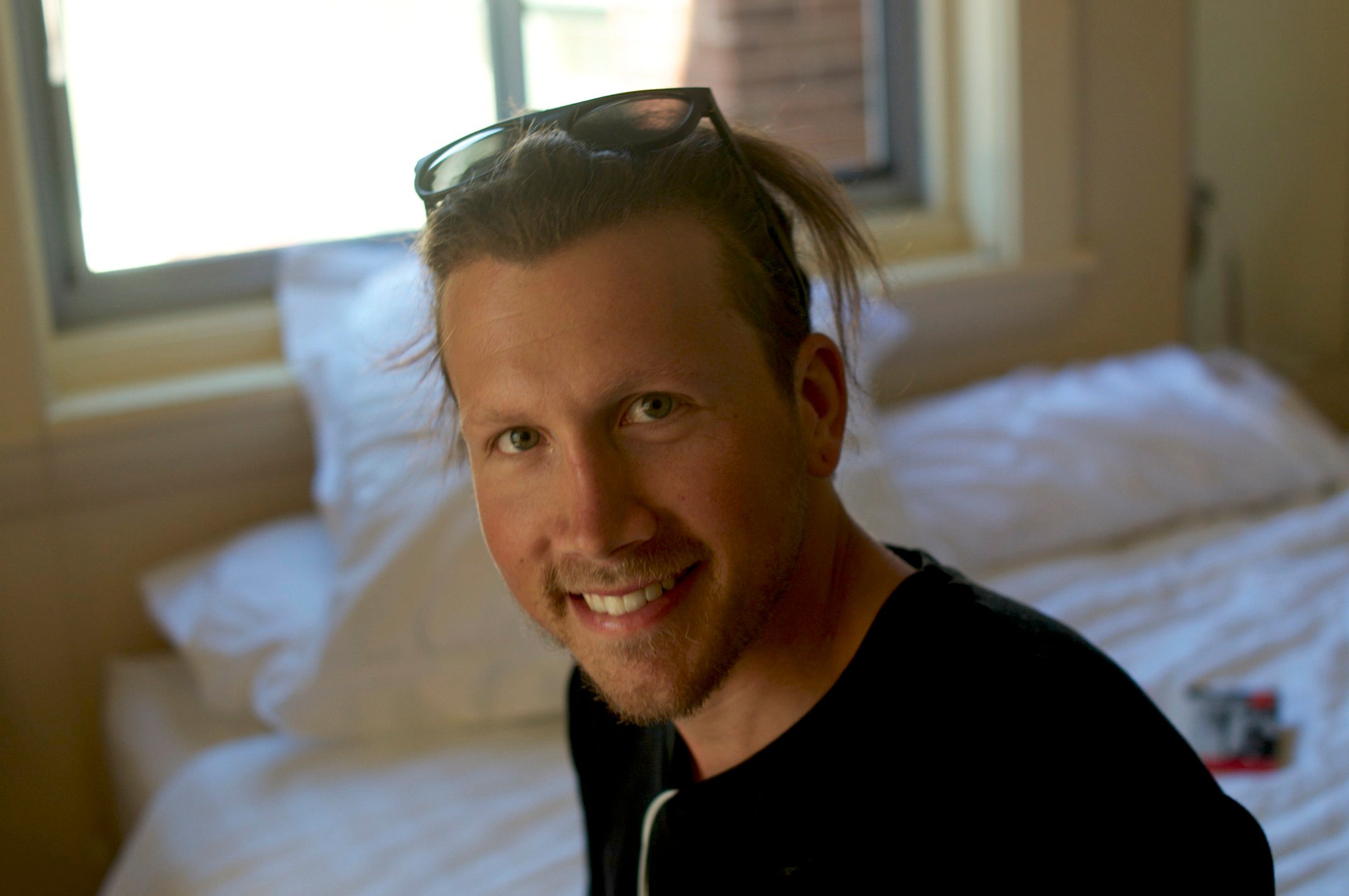 How many times have you made a promise to yourself with full intention to keep it, only to make excuses to rationalise why it can’t be done? Many people believe they could improve their lives if only they had more of that mysterious quality known as will power.

With more self-control, we would all eat healthy, exercise regularly, avoid drugs and alcohol, save for retirement, stop procrastinating and achieve all kinds of noble goals. The assumption is that the degree of a person’s success in life is commensurate with the degree of will power they have attained. However, with freedom of choice comes the ability to choose ‘no’. Social enterprise Promise or Pay leverages this human habit for changing the world for the common good.

There are just as many motivational sites as there are online charities, but not many that combine social motivation with philanthropy under one digital roof. Founded by Jay Boolkin in July last year, Promise or Pay harnesses new media and technology to assist people in upholding their commitments, while making a positive difference in the world. The web-based application enables people to publicly promise to do something, and if they fail to follow through, a nominated amount of money is paid to a charity. In doing so, Promise or Pay motivates people to achieve what they want in their lives, while creating a more engaging and empowering way to donate to charities.

So where did the inspiration come from? Boolkin came to the realisation that many people who make self-improvement resolutions fail to stick to them – 92 percent to be exact – and are then left feeling discouraged and disappointed in themselves for failing to accomplish their goals. Having failed to follow through on his resolutions, Boolkin was inspired to develop a platform on which people are required to make a promise publicly; and to ensure a win-win outcome is always achieved, Boolkin decided to integrate an element of charitable giving.

“Like millions of other people around the world, on New Years Eve of 2013, I made some resolutions to change my life. And like millions of people around the world, by June 2013, I had followed through on exactly… none of them. The idea struck me that if I told others about my goals I would be more likely to achieve them. I did some research and found that the chances of me following through would be further enhanced if I put my money on the line,” says Boolkin.

“Research in fact shows that the likelihood of achieving a goal increases 33 percent if it is shared with others and by 72 percent if money is put on the line. I realised that combining both approaches could be a very effective way to help other people achieve their goals.

Promise or Pay users either have to keep their promise, therefore benefiting themselves, or contribute financially towards solving a pressing social problem. This win-win outcome allows the social startup to capitalise on one of psychology’s most consistent findings – a phenomenon called ‘feel good, do good’ – which proposes that a mood-boosting experience makes people more likely to help others.

So how exactly do you use Promise or Pay? Let’s paint a scenario. Tom decides he wants to get rid of his potbelly so he makes a promise to himself to not eat any chocolate or drink any alcohol in the month of March. To turn this fleeting thought into a proper commitment, he uses Promise or Pay to declare his intention to his family and friends.

The concept of Promise or Pay appeals to our natural human instinct to set goals, have dreams and make resolutions, and therefore attracts a wide consumer audience.

“[Promise of Pay] leverages off the social trend to share experiences with others electronically and it speaks to a generation that have grown up in a world where social issues are impossible to ignore and are looking for a way to make a difference,” says Boolkin.

The reason why social entrepreneurship is so significant today, according to Boolkin, is that “it is concerned with one of the most basic elements of value creation – satisfying basic human needs – in a more constructive and morally legitimate way.”

“[Social entrepreneurship] offers an alternative approach to change that emphasises collective responsibility and the mutual distribution of benefits. This is something I that I believe is earnestly needed, especially in a world where big business is often the preferred and dominant method of problem solving and organising.”

Building Promise or Pay required an enormous amount of work, according to Boolkin. He candidly admits that he wasn’t sure whether he was ready for the challenge.

“Nevertheless I loved every minute. I worked directly with developers at Fluid3 who were very patient and professional. To see my idea become a reality is incredibly rewarding,” he says.

The Promise of Pay team has experienced excellent early results, even though the site is still in its beta phase. Boolkin plans on scaling up the project so that Promise or Pay becomes a community for self-improvement.

“My vision is to build a platform that will inspire millions of people around the world to be the best that they can be, and, at the same time, to encourage and facilitate millions of dollars in donations to charities,” says Boolkin.

In less than a month after the idea was conceived, Promise or Pay won the Social Startups MVP Program, was a finalist for the Sydney Genesis Entrepreneurship Challenge Best Social or Not-For-Profit Startup, and was one of ten startups selected to pitch at The Guardian’s Activate 2014 Tech Talent day in Singapore last month, in which they received an honourable mention in the category of “Social Change”.

“I was very lucky that things just seemed to fall into place. As a result of winning the Social Startups MVP Program, we received funding to develop a first proof of concept, which successfully went live with a soft launch in December,” says Boolkin.

“There was no immediate need to initially raise any external capital and I used what little resources I had to cover the cost of the website domain and company registration.”

Promise or Pay currently generates revenue through a per donation service fee paid by the charities listed on the website – which includes Animal Welfare League NSW, EarthRights International, Assistance Dogs Australia, SURFAID and Pandas International, along with many others. Boolkin says further income streams will be generated by advertising fees paid by businesses for promoting special offers and tailored reward programs on the site.

Boolkin says their marketing strategy is to develop a strong understanding of the social startup’s target audience; and present clear, concise and powerful messages that resonate with potential customers and address their actual needs.

“I have zero budget for paid advertising and therefore rely heavily on social media to spread the word and connect with relevant blogs, bloggers and journalists. I also continue to enter competitions as I have found it is great way to get free exposure and raise Promise or Pay’s profile,” says Boolkin.

Though Boolkin has plenty to be proud of when it comes to public recognition, his greatest achievement has been seeing people embrace Promise or Pay as a platform to uphold their commitments and change the world.

“These accolades are very encouraging and further validate the idea,” says Boolkin.

His biggest challenge on the flipside has been one that has been echoed by many startup founders – having enough hours in the day.

“While I have a strong team of developers and advisors that are providing ongoing direction and support, the biggest challenge has been finding the time to do everything that is involved in starting and running a new enterprise,” says Boolkin.

“To-date Promise or Pay has been a one-man show. I am the designer, marketer, customer service manager and accountant. Balancing work on Promise or Pay with my day-to-day job as a Program Development Officer at a local community-based organisation makes this even more difficult.”

From this challenge, Boolkin has learned that it takes more energy to sell an idea than it does to create one.

“It has become blatantly obvious that the more focused I am, the more likely Promise or Pay is to succeed. I realise many of the challenges I face could more easily be overcome if I was devoting all my time and energy towards Promise or Pay,” says Boolkin.

Given how passionate he is about seeing Promise or Pay reach its full potential, Boolkin plans on resigning and working full-time on his venture.

“This way I can dedicate more energy towards improving the customer acquisition process, maximising conversion rates, automating a number of manual processes and further refining the platform,” says Boolkin.

For more information, visit www.promiseorpay.com. If you’re interested in getting involved with Promise or Pay – whether it is a helping hand, some advice, an endorsement, pro-bono services or straight up funding, you can contact Jay Boolkin via email: jay.boolkin@promiseorpay.com.