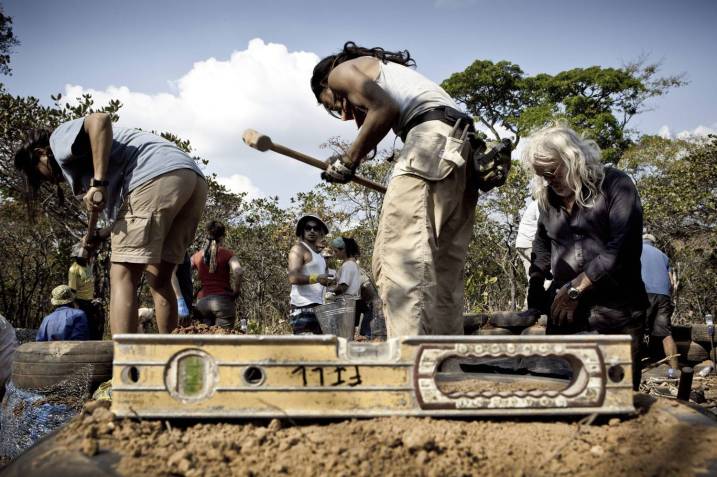 Empower, an Australian sustainable development organisation that works in partnership with rural communities in Malawi and Sri Lanka, has just launched a campaign on crowdfunding platform Chuffed. They are seeking to raise AUD$17,500 to help changemakers in North Malawi’s rural region of Kapita finish building their dream community centre.

The Sydney-based organisation was launched with the purpose of helping entrepreneurs in poverty-stricken regions build self-reliant communities. What’s unique about Empower is that it steers “away from charitable handouts, and towards  synergistic, mutually beneficial value exchanges.” As a result, the organisation has a hybrid business model – non-for-profit and profit-for-purpose.

Most recently, Empower has been working in partnership with Kapita (a rural region of 38 villages and over 5,000 people) to enable their plans for self-reliance. Executive Director of Empower, Shanil Samarakoon, says the people within the region “are still in the midst of social and economic disadvantage.”

“While these villages have collaborated on amazing projects involving community banking, solar lighting and organic agriculture … the lack of a communal space has hindered the region’s ability to co-ordinate development activities. This is why leaders from the region requested Empower’s assistance in supporting their dream for a community centre.”

As such, Empower decided to approach Earthship Biotecture, an internationally renowned sustainable architecture firm based in Taos, New Mexico to help support the Malawi project. Founder of Earthship Biotecture, Mike Reynolds, pioneered the construction of ‘Earthships’ for what is considered ‘radically sustainable living’. Refined over 30 years, an Earthship is a self-regulating building made out of rammed earth and recycled materials – such as tyres and bottles .

“These buildings regulate temperature, harvest rainwater, use solar power, manages its own waste and even grows food! As advocates for a permaculture approach to development, the Earthship design ticks all the right boxes in terms of long term sustainability,” says Samarakoon.

After establishing a strong partnership, Earthship and Empower organised a 12 day build in October 2013 where over 60 volunteers from overseas – including 6 from Australia – joined the crew in initiating the community centre. Critical to the project was enabling local volunteers in Kapita to work alongside these volunteers, as well as the Earthship crew, and learn building techniques.

“This approach is vital in creating sense of community effort and ownership. Two and a half rooms out of eight were completed during this historic build. Malawi’s very first Earthship was given a promising start and is already in use by Zatuba Community Bank,” says Samarakoon.

A few months later, Kapita’s Development Committee developed a detailed plan of action to resume construction of the remaining six rooms from June 2014. Samarakoon says this will be a local effort involving men and women from all 38 villages in the region. However, due to limited resources, they need help in procuring some of the key materials and transporting them to the building site. This is where the joint crowdfunding campaign comes in.

“We’re looking to raise $17,500 to help these amazing people complete what has been started! All our contributions can help Kapita achieve their dream,” says Samarakoon.

The funds will be used to purchase and transport materials such as cement, steel rebar, gravel, water tanks and solar panels to Kapita, in order to build the following:

For more information on the campaign or to donate, visit www.chuffed.org/project/earthship.